BACK TO ALL NEWS
Currently reading: BMW i3 to cease production in July after nine years
UP NEXT
Dacia bosses "fighting tooth and nail" to bring Spring EV to UK

BMW i3 to cease production in July after nine years

The BMW i3 is set to end production in just six months time, after a run of nine years and around 250,000 units sold.

In an interview with Autocar, a BMW spokesperson confirmed the final example of the compact electric five-door is due to roll off BMW’s production line in Leipzig, Germany in July ahead of a reorganisation of the manufacturing facility in preparation for a start of production for the upcoming third-generation Mini Countryman during the second half of 2022.

Previewed in concept car form in 2011 prior to a UK launch in 2013, the i3 was the first BMW model to offer a pure-electric driveline, preceding the larger, Chinese-produced BMW iX3 introduced in 2021.

The quirky hatchback, with its rear-hinged rear doors and expensive carbonfibre construction, will be indirectly replaced in the line-up by the BMW iX1, an electric version of the third-generation BMW BMW X1. The five-seat crossover, set to launch this year, was originally planned to be produced at a new manufacturing facility in Debrecen, Hungary. However, delays in construction to the greenfield site mean the i3 successor will now be produced at BMW’s Regensburg factory until 2024, according to Autocar sources.

As with the next X1 and new Mini Countryman, the new entry-level i model is based on BMW’s FAAR platform – a move that also signals the end of production for the aluminium-intensive DriveLife platform that underpins the i3. 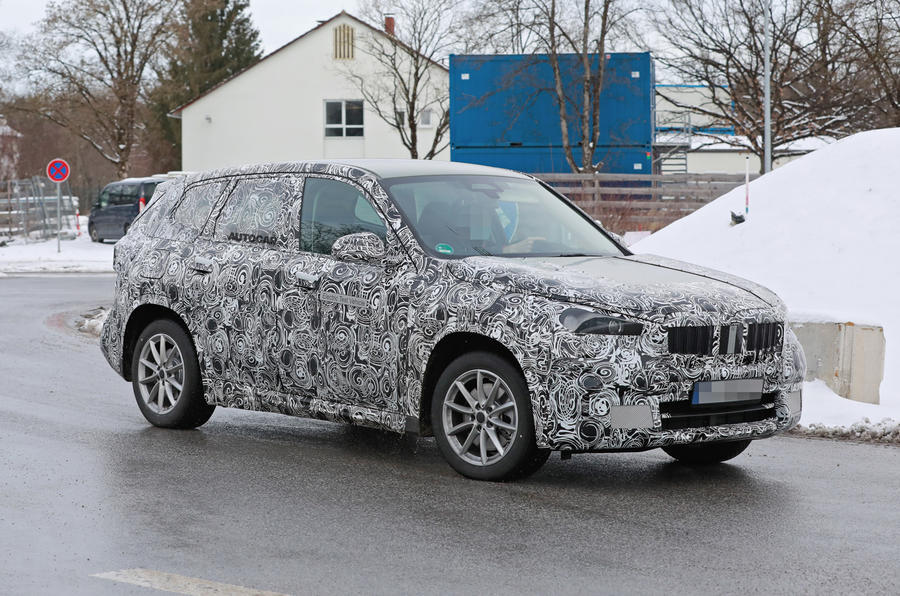 As well as the iX1, BMW says it will rely on a new second-generation version of the Mini Electric to fill the void left by the departure of the i3.

The new Mini model, due out in early 2023, is being developed in a joint venture between BMW and Chinese car maker Great Wall Motors called Spotlight Automotive. It is set to be produced at a new Spotlight Automotive factory that's currently under construction in Zhangjiagang, China.

The spearhead of BMW’s electric car initiative, the rear-wheel-drive i3 was initially sold with the choice of a single-motor electric drivetrain or a range extender (REx) drivetrain, combining a 647cc two-cylinder petrol motorcycle engine and an electric motor. In both cases, it used a 22.2kWh lithium ion battery and developed maximum power of 168bhp.

A subsequent facelift in 2017 raised the battery capacity to 33.3kWh. In the same year, the i3 S, a performance model boasting wider tracks and 181bhp, was added to the line-up.

A BMW UK spokesman explained to Autocar that BMW's expanding EV range was a factor in the decision to take the i3 off sale: "By the end of this year the BMW Group will have six BEV models on the market, with that number growing to 13 in 2023.

"Today’s customers wanting a fully-electric city car perfectly tailored for urban driving or a compact but spacious vehicle for an active lifestyle will be perfectly served by the Mini Electric or the upcoming BMW iX1. These cars will attract even more people to fully-electric driving.

"Therefore, after a decade of setting the standard in its class and leading the way for today’s generation of electric cars, the decision has been taken to discontinue BMW i3 production from summer 2022."

Sad day to see BMW drop the advanced production techniques they led the world in. Cannot think of any advantage they have over any of the competition now.

I know Autocar is the magazine for petrolheads but, as evidenced by the comments below, the i3 is a car loved by so many car enthusiasts. After a long succession of 3 Series and MINI's I have owned two - a 2015 REx and a 2018 s REx. The latter is a car that I cannot foresee ever parting with as it is such fun to drive and such a fantastic everyday car - although I know that the rear doors can be a bone of contention. So far ahead of its time when launched and other than its somewhat limited range (overcome by the REx engine) it is still very competitive. The easiest ever car to drive, superbly built and needless to say extremely refined. Without doubt a modern day classic - a car every car enthusiast should drive if they are not going to own. I guess the car's expensive construction and unique assembly process meant that it was not going to form the basis of a series of BMW EVs but I do believe BMW missed their early start advantage. Clearly the inspiration for the VW ID.3. A sad sad day.

Gutted! We were early adopters in 2014 and now on our third, there's still nothing else like it on the market. It still looks futuristic and quirky. Pint sized perfection.