BACK TO ALL NEWS
Currently reading: BMW 2 Series saloon headed for China
UP NEXT
Alfa Romeo to revive GTV as an EV in sweeping range renewal

Spy pictures of a BMW 2 Series saloon could reveal a new China-only model set to go on sale later this year.

The partly disguised car adds rear passenger doors to the two-door 2 Series body, and extends the rear roofline to offer greater headroom in the back.

No technical information has been released, but Autocar understands the model is in its final stages of development and will be sold exclusively to the Chinese market in 2016, as a rival to the Audi A3 saloon. 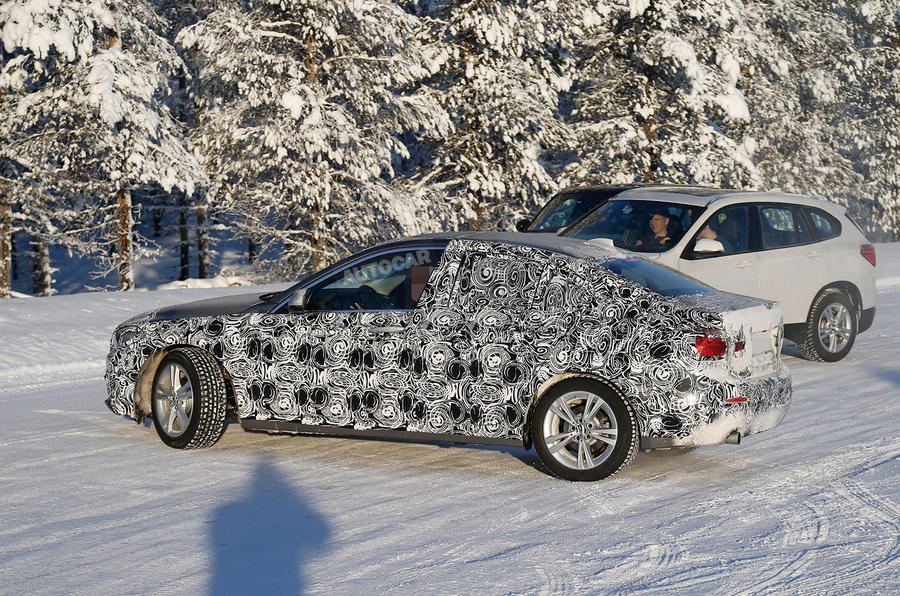 Drivetrain options are likely to mimic those for the regular 2 Series, comprising turbocharged petrol and diesel four-cylinder engines.

The prototype’s appearance in Europe has led many to believe it will be sold here, but insiders are suggesting Europe will get its own GT-bodied car instead. This would follow the pattern of bigger GT models like the 3 Series and 4 Series, which have a roofline that extends right to the back of the car and a hatchback boot.

Currently, the BMW 2 Series is available as a rear-driven coupé and convertible, while larger 2 Series Gran Tourer and Active Tourer MPVs are also produced on the front-wheel-drive BMW UKL platform.

BMW finally has their Corolla competitor

At last! BMW has a competitor for the Toyota Corolla and Honda Civic saloons. And the Focus and Golf sedans, whatever they're called now. Finally potential Corolla customers who aren't too worried about build quality and obsess about soft-touch plastics can have a choice.
Saucerer 3 February 2016

At last! BMW has a competitor for the Toyota Corolla and Honda Civic saloons. And the Focus and Golf sedans, whatever they're called now. Finally potential Corolla customers who aren't too worried about build quality and obsess about soft-touch plastics can have a choice.

Well, the current 1 Series, which this 2 Series is a saloon variant of, is very unreliable, suffering from many build quality and mechanical issues. Shorty after the current model was launched, my workplace leased half a dozen or so and 4 of them developed various problems like trim falling off, rattles, mechanical foibles. After the lease expired they were replaced by Audis A3s and they weren't much better so, again, after the lease expired, they were replaced by a choice of cars - Focus, C'eed, i30 and Volvo V40. And not one of these has had any faults whatsoever.

The bizarre thing is most people who buy the 1-Series have no idea it's RWD but I think the next 1 Series and its spin-offs will all be FWD. As for this new saloon, the base of the windscreen in relation to the front wheel arch, and the gap between the wheel arch and the front door, seem to suggest that the 2 Series saloon is RWD. What is odd is the naming system for BMW's smallest range of cars - the even numbers are normally reserved for coupes but this new car is merely a standard saloon version of the 1 Series, while the Active Tourer is an MPV and hardly coupe like but is called 2 Series.
david RS 2 February 2016