BACK TO ALL NEWS
Currently reading: BMW 2 Series Active Tourer facelift due next year
UP NEXT
New 2023 Mercedes-AMG GT: upcoming coupe spotted testing

The BMW 2 Series Active Tourer will be facelifted in 2018 with visual and technical updates.

Photos of a development car spotted testing in Germany show that much of the design tweaks will be focused around the car’s headlights and bumpers. 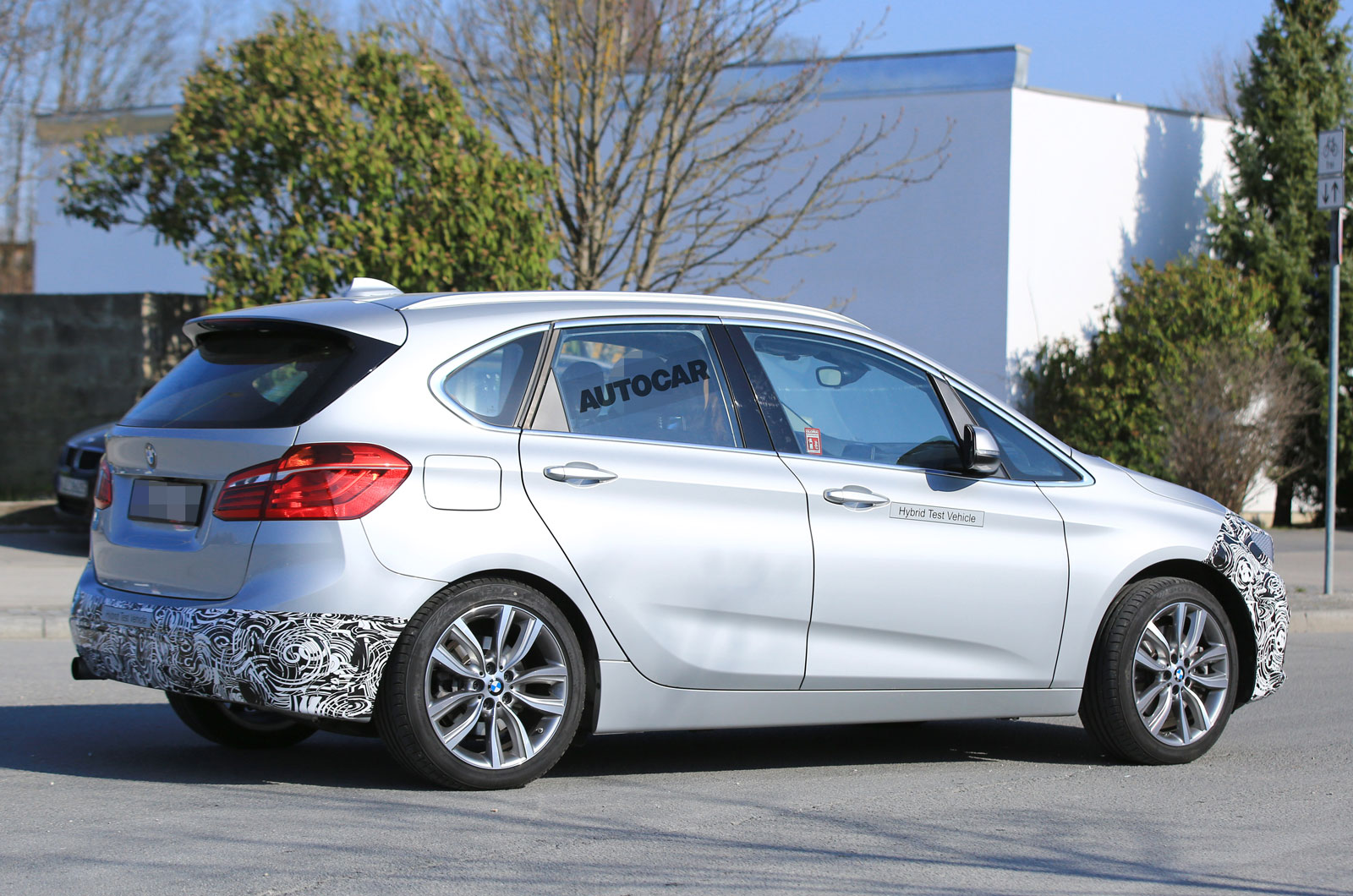 The changes will most likely mirror those recently applied to the BMW 4 Series, which received new LED day running lights and LED indicators.

Inside, the 2 Series Active Tourer is expected to receive a similar refresh with the latest version of the iDrive infotainment system, while BMW will add driver assist programmes to the car’s current kit list, which already includes adaptive cruise control (ACC) and parking assist.

The front-wheel-drive MPV isn’t expected to get any new engines, and this test car is running in 224bhp 225xe M Sport guise, which is the current top of the range plug-in hybrid (PHEV) model. 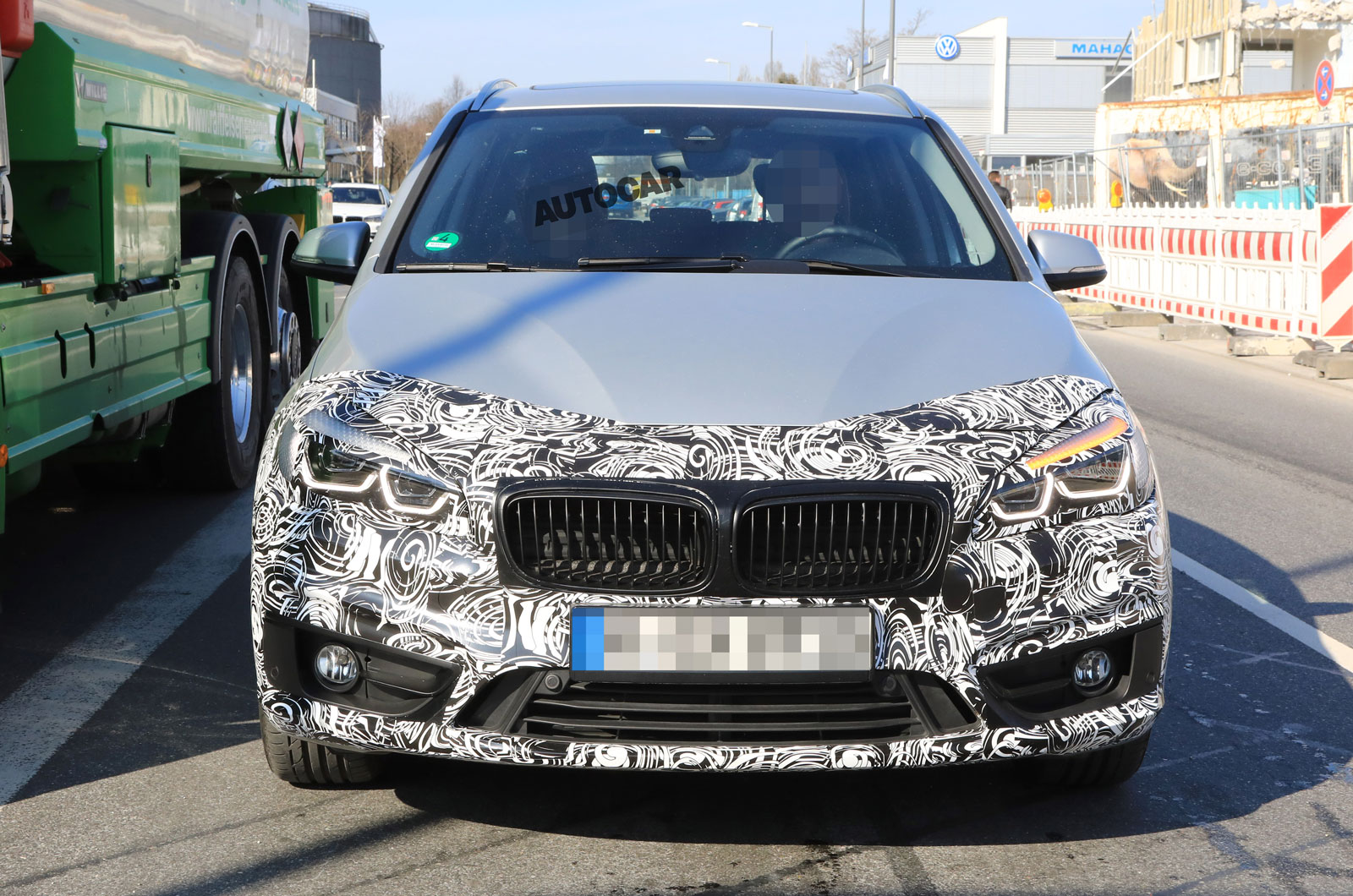 Its powertrain combines BMW’s 1.5-litre three-cylinder petrol engine with an electric motor, and it’s related to the hybrid system of the i8. However, the front-engined 2 Series uses petrol power for the front wheels while its electric eAxle drives the rears – the i8 is the opposite.

Models below the PHEV in the 2 Series Active Tourer range are expected to retain the current line-up of turbocharged three and four-cylinder petrol and diesel engines, which come in 1.5 and 2.0-litre capacities. As such, the entry-level price shouldn’t change much - the 2 Series Active Tourer currently costs £23,880 in its most basic 218i SE form.

Too noisy for me.

Looks like there's a lot on conjecture and one informed user here.
My BMW 225xe is a month old today, and I've done 3000 miles so far.

I have to agree - it's not the prettiest car in the class, but for a company car driver it is easily the cheapest to run - saving me over £300 a month in my benefit in kind tax.

That alone means it has to be one of the best company cars available today.

The boot is 20% smaller than my last 320D Touring, but a much better shape, I carry rigid cases for work - I can now get 4 in easily rather than struggle to squeeze 2 in.

As the tax is so low I could also throw in loads of extras without worrying how it would impact my pocket. Big sunroof, super LED lights, Sports Seats, heated seats/s wheel and many other bits n bobs.

All of which makes it that much nicer to live with.

BUT the best bit is how it drives. Its like a punchy diesel without the gravely engine note.

When the little 3 cylinder comes to life it's very quiet, rev it and it sounds sweet.

Give it a bit of stick (on superb D roads in France) and the machine is far more willing than my 2014 3 Series - even if the steering has an artificial feel.

Best range on a tank - 378 miles (included home charging) worst predicted range on a refill - a smidgeon over 200 whilst in France (no charging facility).

This is a fabulous 4WD vehicle, but exploring off road CWGC sites in The Somme revealed the lack of ground clearance - it's no Land Rover!

Getting rid of the ugly and stupid standard BMW grille would be a start! Hey, BMW, you don't need it anymore! BMW styling is an oxymoron, anyway.
View all comments (9)