BACK TO ALL NEWS
Currently reading: Bentley CEO Adrian Hallmark wins 2020 Autocar Awards Editor's Award
UP NEXT
How Matt Windle is putting Lotus back on the map

"I’ve never seen anything like it. It was a self-made recession.” So says Bentley CEO Adrian Hallmark on the car maker he took over on 1 February 2018. Two years and five months later, we have named him the winner of this year’s Editor’s Award for the person most responsible for the success of their company.

Leaving a high-flying job at Jaguar Land Rover, Hallmark knew he was walking into that rarest of things: a luxury car manufacturer that wasn’t generating profits by the bucket load and was in fact loss making.

“The company had been through four years of investment in a new generation of cars with a new Continental family,” he says. “It was a radical overhaul. Every nut, bolt and washer was changed, with no carry-over. The W12 engine is the symbol of that. It’s a ground-up new W12 engine. Not even a piston carries over. There was radical change everywhere, including the factory.”

But while the cars – the Continental GT coupé, its GTC soft-top sibling and the Flying Spur saloon – were largely ready to go in terms of drivability, performance, and the competence of the design and engineering, “the first of the new triplets didn’t arrive”. Hallmark explains: “The reason we didn’t give birth to the first was readiness in the detail. The reality was we could not build the cars at the volume planned as there were so many issues with them.”

Some 991 problems were identified with the Continental GT, which added an extra 50% again to the build time of each car in finessing those errant details. “We could build cars but we couldn’t hit anything like capacity,” Hallmark says. “That’s just the first car but two more were following in nine months, each of those going through that maturation period, and it becomes a complete log jam.”

So the Continental GT was delayed while those problems were fixed and the GTC and Flying Spur pushed back “significantly”, too, “which is deadly for a small company having spent money. But we put quality over quantity,” says Hallmark. With the car’s predecessors out of production, this meant that Bentley went without 50% of its cars for 50% of its global markets at points throughout the year. But that wasn’t all. 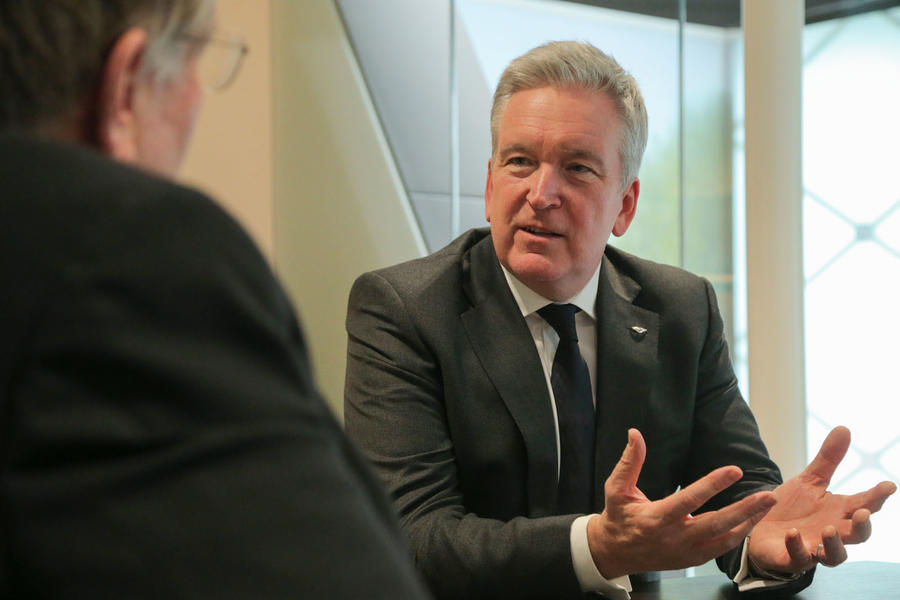 “Then we hadn’t adequately planned for the WLTP regulations,” he adds. “While we had done all the work on the engines and efficiencies, it all needed to be tested. We got caught up in the queue to do testing as we hadn’t booked the slots. We had the cars but no engines to put in them. It was truly, operationally… challenging. I’ve never seen anything like it. It was a self-made recession.”

Hallmark put Bentley into “keeping the lights on” mode while trying to improve production efficiency, the results six months later a staggering 23-24% improvement in both production lines and the paint and trim shops. Running alongside this was a cost control programme designed to cut overheads by 30%. It ran so deep as to save £1.2 million a year simply by reducing the number of disposable gloves used by production line workers and a further £1.8m in cleaning contracts by getting workers to clean their own stations at the end of the day.

Hallmark didn’t hold back in laying bare Bentley’s problems to its workforce. He addressed all staff no fewer than five times in 2018 to discuss the company’s predicament, but also to state how each employee could contribute to the cause, something each and every one bought into. “Nothing got out into the press,” says Hallmark. “I told them if they let it out of the company, it could be damaging, but I told them as I needed their help to fix it.”

And fix it they did: “Improving efficiency by 24% needs hearts and minds to agree to change everything they do in the factory. At the same time, 30% was being cut around them, without any trade union issues or employee relation issues, just total commitment to get it done. I’ve never seen a team pull together in unison the way this team did. It was truly inspirational and quite humbling.”

The effects were felt fast. In Bentley’s results from 2018 to 2019, there was a £300m swing from the red to the black and this was followed by a record first-quarter £54m profit in 2020 before the pandemic ground the business to a halt, more on which shortly.

While Bentley’s problems and potential did not come as a surprise to Hallmark on his return there (he was sales and marketing director at the company in the early 2000s when it launched the Continental GT), the extent of them soon did.

“Day one wasn’t so bad. It was about day 30 or 60 when the reality dawned,” Hallmark says. “Yet there was nothing I found when I came in that I didn’t expect, other than the scale and depth.

“I’d looked at the company from the outside. I’d been here before and it was close to my heart. We took the growth from 800 units to 10,000 and redefined the sector. Then they never did more than 11,000, even with an SUV. I couldn’t believe the relative under-performance of the brand. The Bentayga only really filled the gap of loss of the other models. So I was ambitious to see what Bentley could do. With a new product range, I knew there’d be stress but never thought there’d be so much to do at a basic level with the cars integrating into the production system.

“Apart from that, I was positively surprised by the massive leap in technology taken and the other changes around the company. The brand is in much better shape. The factory has had successive investment phases and there are some really fantastic facilities here.” 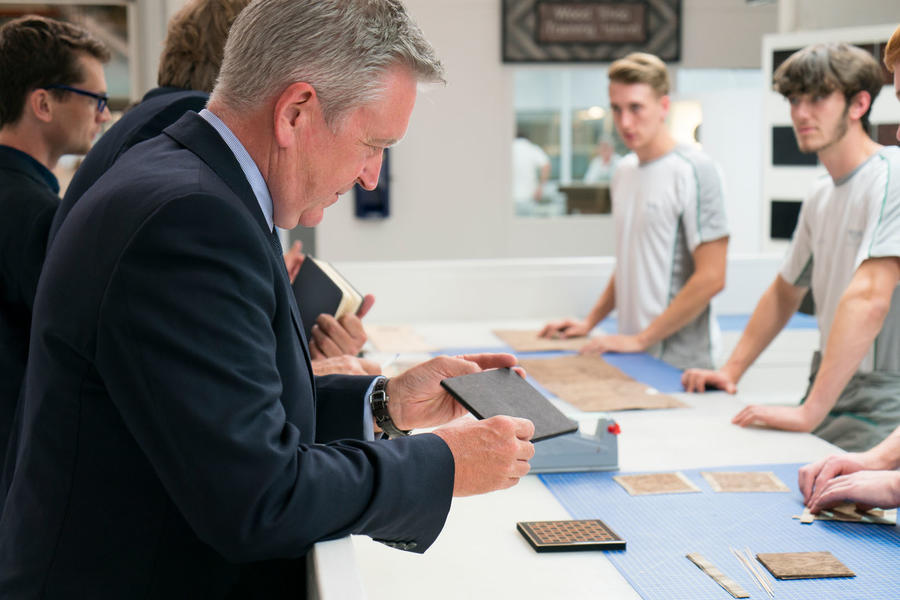 With the Continental GT and the GTC successfully launched, and the Flying Spur imminent, Hallmark addressed his 4200 employees in March this year to discuss the next phase for the company after its turnaround.

“We’d gone from the biggest loss in company history to best Q1 and were set up for a benchmark 2020,” he said. “All products new, quality best it’s ever been; an order bank of 8000 and we’ve only ever sold 11,000; productivity improved; costs under control for size of business planned. I said to the staff these next three years were a golden period for traditional business as we move to an electrified business… only an asteroid hit can stop us. How prophetic was that? And then an asteroid hit with Covid…”

Bentley was not immune to the impact of the pandemic, having to stop the production line for seven weeks at a cost of €22m a week, and only returning since at 50% capacity. Although it has seen sales in China quickly recover, the picture elsewhere is far from clear, and Hallmark doesn’t expect the good times to really return until 2022, still heavily caveated with how the pandemic will progress. The impact has been such that Bentley is looking for a quarter of the 4200-strong workforce to leave as it restructures for its next phase, called Beyond100.

This strategy is designed to prepare the firm not only for the shift to electrification (an all-electric Bentley should be here by 2026, and every model offered with a hybrid by 2023) but also the future of luxury itself, with a switch to more ethically sourced and environmentally friendly materials for the cars.

Hallmark calls Bentley “battle hardened” for the Beyond100 days ahead, during which a company that was in a self-made recession aims to become recession-proof. Based on Hallmark’s success so far, few would bet against him achieving that.