BACK TO ALL NEWS
Currently reading: Audi targets BMW X4 with new Q3 Sportback
UP NEXT
Two worlds collide: Porsche Taycan vs Alpina B3

Audi has launched a rival to the niche-filling Mercedes-Benz GLC Coupé and BMW X4 in the form of the new Q3 Sportback. Arriving in the UK in the autumn and set to be priced from an estimated £35,000, it shares its mechanicals and interior with the standard Q3 but adopts a more striking coupé-cum-SUV exterior look.

The Sportback receives a raft of specific design elements, including a 29mm drop in roof height and a slight, 16mm increase in external length. Although it’s actually a fraction narrower than the Q3, it gets a new 3D-profile grille and distinct styling lines aimed at creating the illusion of increased width. 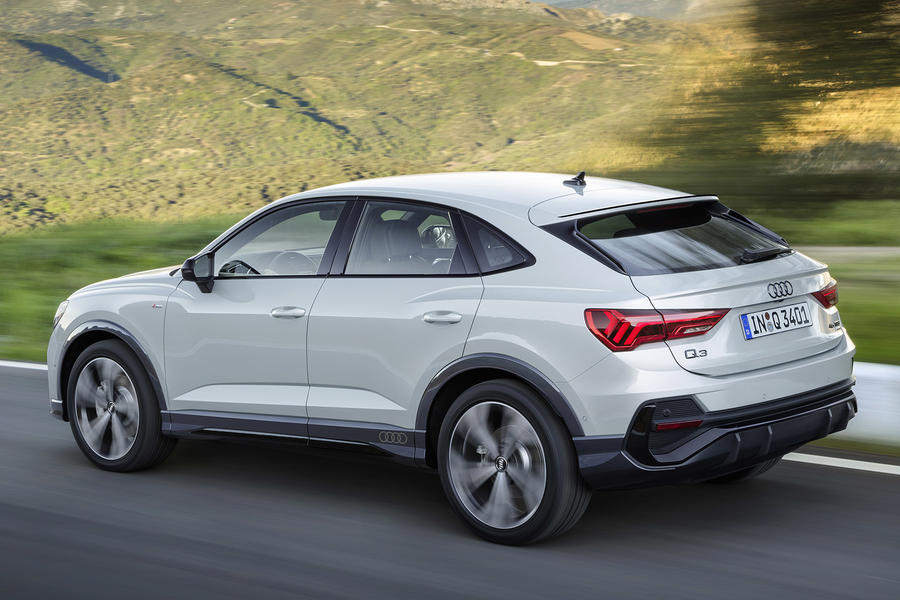 The model keeps the same ride height as the Q3, but with different surfacing to lower the car’s hip point. Details such as a large roof spoiler, unique bumpers and a standard gloss black trim package also mark the model out. LED headlights are standard, with full-matrix LEDs available as an option.

Designer Seulah Park claimed the design reflects the decision to use the Q3 Sportback tag rather than the previously considered Q4 name. “We wanted this to be more aggressive and sportier, but we want them to be thought of in the context of a family, like a brother and sister,” she said.

The interior is largely unchanged from the regular Q3’s, even down to the driver’s seat sitting at the same height. The Q3 Sportback gets a few new technology features, including a ‘car-to-x’ system that can tell you when traffic lights ahead will turn green and integration of Amazon Alexa voice control. 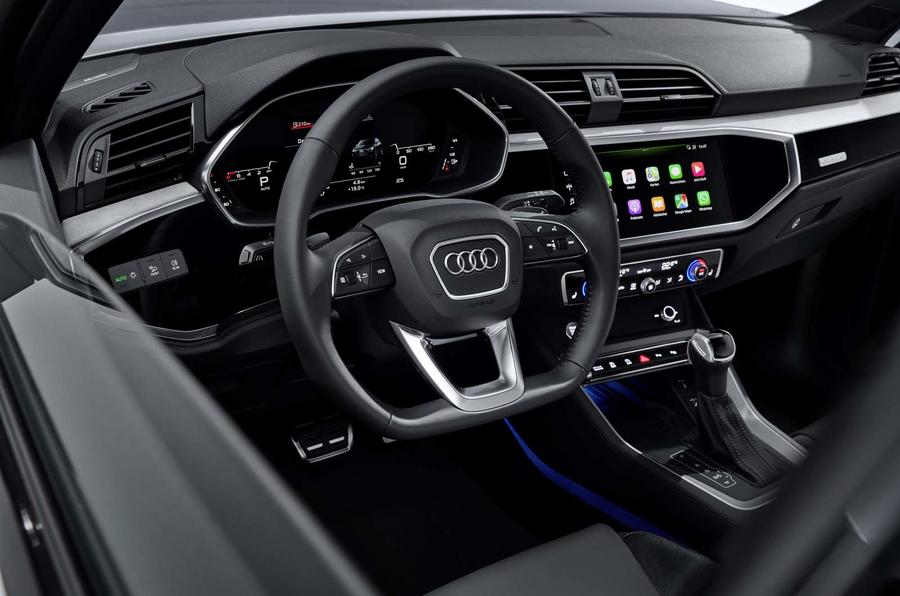 Rear head room is reduced by the sloping roofline, but adjustable backrests and sliding rear seats allow the same claimed 530-litre boot capacity as the Q3.

In its mechanical set-up, the Q3 Sportback isn’t dramatically different from the Q3. However, there is a steering system with new hardware and a variable ratio aimed at balancing ease of turning for bigger inputs with a precise feel in lower steering angles. The standard suspension set-up is the same as the Q3’s. A no-cost option sport suspension system can be added, along with cost-option adaptive dampers.

At its launch, the Q3 Sportback will be available with three engine options. The sole petrol choice will be a 227bhp 2.0-litre four-cylinder TFSI, alongside two 2.0-litre diesels with 148bhp and 187bhp. The most powerful two engines are mated exclusively to a seven-speed automatic gearbox and quattro all-wheel drive, while the 148bhp diesel has a six-speed manual ’box and front-wheel drive. 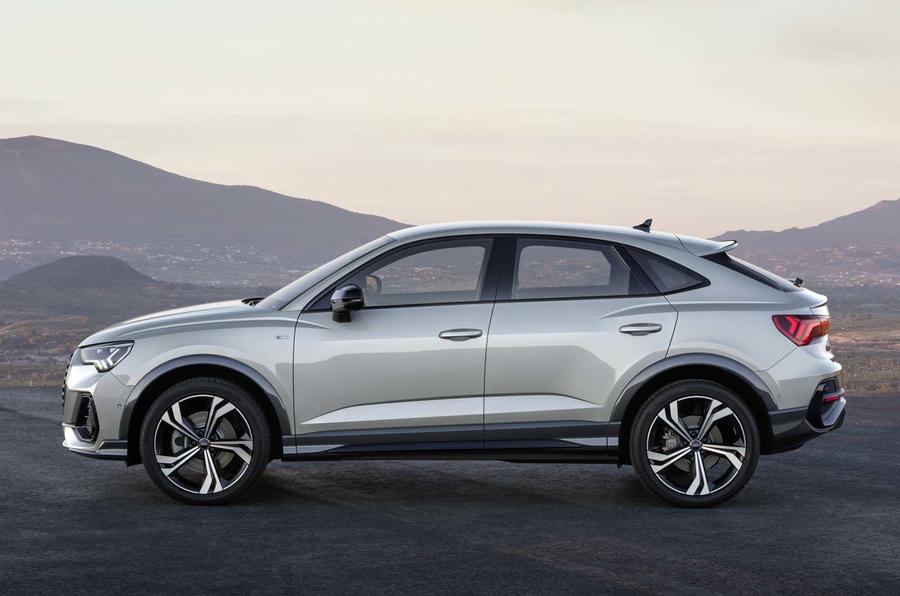 In early 2020, Audi will add a new mild-hybrid petrol engine, a 1.5-litre four-cylinder unit, in the 35 TFSI variant. It continues to feature cylinder-on-demand tech but, when mated with the automatic gearbox, it uses a 48V mild-hybrid system that, on its own, is claimed to save 0.38 litres of fuel per 62 miles. The integrated starter/generator feeds a compact lithium ion battery, recuperating power during deceleration to allow engine-off coasting and more stop/start activation.

Performance and fuel efficiency figures for all four engine options will be available at a later date.

Audi seem to get worse with every new vehicle they produce, it appears the massive fines and loss of revenue are starting to take effect. The new Audi interiors are terrible, both in look and quality.

I like it. The design looks much more cohesive than the X4 which looks like two different cars fused together in the middle. I'm sure it'll sell like hot cakes.
Ski Kid 24 July 2019

A pity some vehicles seem to delete these usefull things to minimise parking bumps etc under 6mph.