BACK TO ALL NEWS
Currently reading: Audi R8 Spyder V10 on sale for £129,990
UP NEXT
Bespoke ‘Silent Shadow’ to start EV era at Rolls-Royce

New R8 Spyder is only 0.1sec slower to 62mph than Coupé; sales are kicking off in Britain ahead of first deliveries arriving before the close of 2016
Share
Open gallery
Close
Share story

Read our review of the R8 Spyder here.

When first deliveries arrive later this year, the mid-engined drop-top will go head-to-head with the recently facelifted Porsche 911 Turbo Cabriolet, which starts at £135,766.

The Spyder is expected to account for 25% of R8 sales in total in the UK. 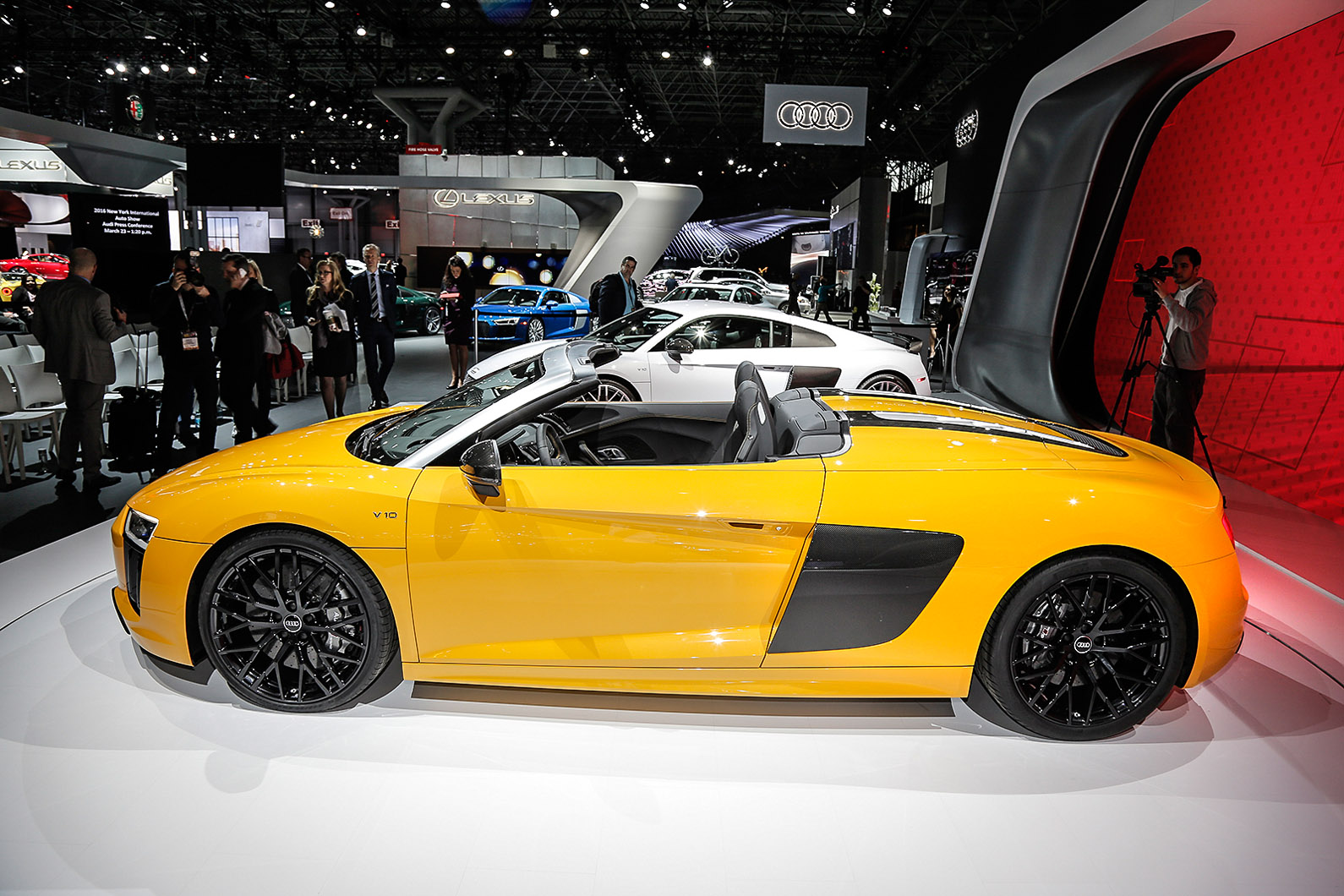 The 2016 R8 Spyder is based on a modified version of the R8’s aluminium and carbonfibre spaceframe body structure, which uses added strengthening within the A-pillars, windscreen surround and sills to offset its lack of a fixed roof structure.

Audi claims a 50% increase in overall rigidity and 113kg reduction in kerb weight over its predecessor, which was launched in 2009. 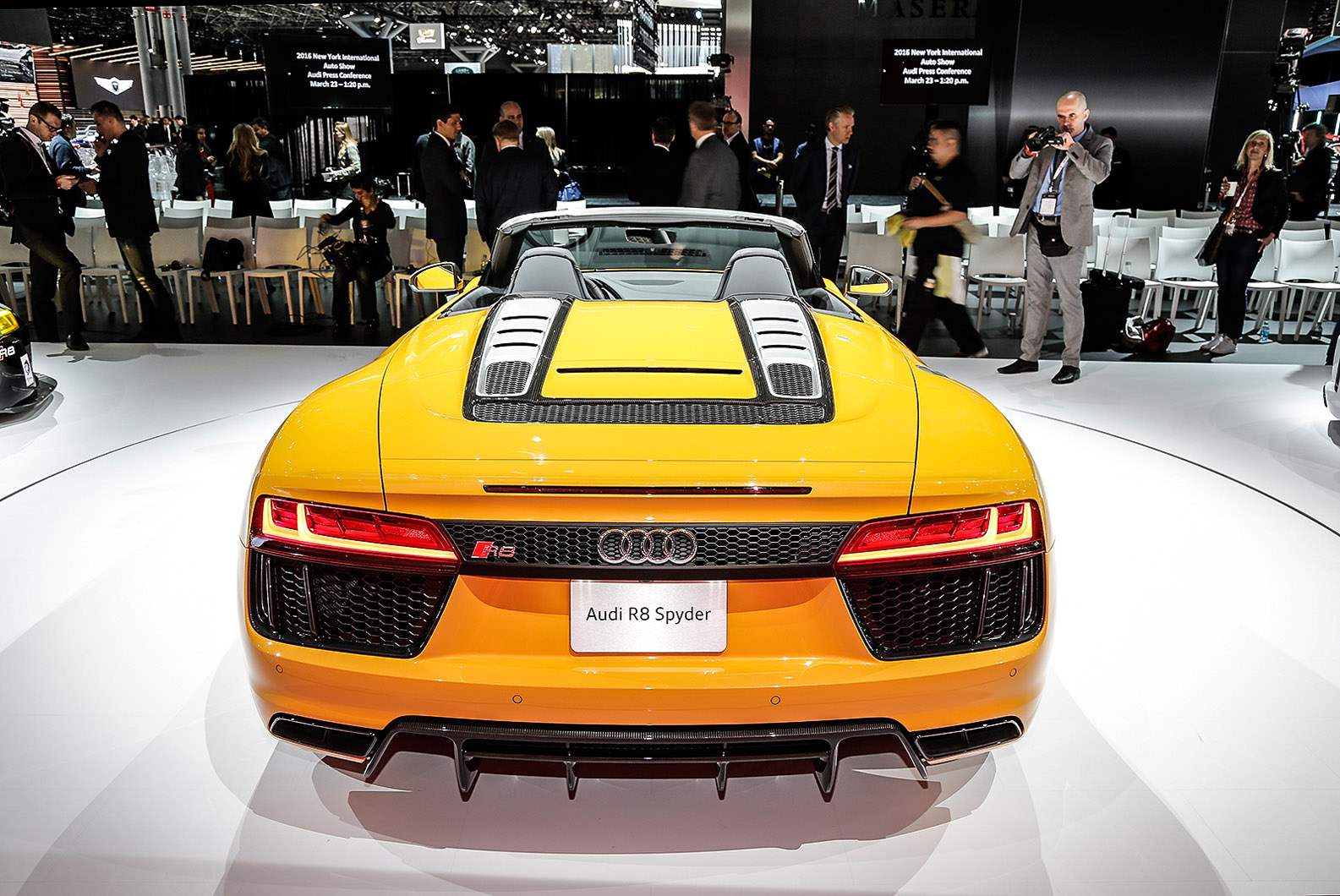 Wider and shorter than predecessor

At 4426mm long, 1940mm wide and 1244mm tall, the new Audi is 14mm shorter and 36mm wider than the previous R8 Spyder and the same height. Despite the altered dimensions, it continues to ride on the same 1650mm wheelbase as before.

Its fully automatic roof features two tapering buttresses that extend back over the engine cover at the rear, mimicking the styling treatment of its fixed-head sibling. It opens and closes in 20 seconds at speeds of up to 31mph. The fabric structure folds beneath a dedicated tonneau cover behind the two-seat cabin when stowed. The glass rear window can also be automatically extended and retracted within the rear bulkhead.

The R8 Spyder is powered by the same mid-mounted, naturally aspirated 5.2-litre V10 petrol engine as the R8; it produces 532bhp. With a claimed kerb weight of 1612kg, this provides the new Audi with a power-to-weight ratio of 330bhp per tonne. Torque peaks at 398lb ft.

All this power is channelled through a standard seven-speed dual-clutch automatic gearbox and electro-hydraulically operated multi-plated clutch four-wheel-drive system with a locking rear differential. Only 0.1sec slower than R8 Coupé

A host of fuel-saving features, including a coasting feature that idles the engine on a trailing throttle, contributes to a claimed 10% improvement in combined fuel economy over the first-generation R8 Spyder, which has official fuel economy of 24.1mpg with CO2 emissions of 277g/km.

far too expensive for a mediocre range car ie Audi

It will be much cheaper than

It will be much cheaper than the direct EUR > GBP calculation.