BACK TO ALL NEWS
Currently reading: Audi E-tron gets new trim lines and tech upgrades for 2020
UP NEXT
Alfa Romeo to revive GTV as an EV in sweeping range renewal

Audi has introduced a series of upgrades and revised the trim structure for its E-tron and E-tron Sportback electric SUVs. The revised Mercedes-Benz EQC rival is now available to order now priced from £59,900.

Key to the relatively minor revisions is a complete overhaul of both variants’ ranges. They now consist of five trim lines: entry-level Technik, Sport, S Line and two new versions: Black Edition and Vorsprung. All variants receive wheels in excess of 20in in diameter, LED lighting, adaptive air suspension and the MMI touchscreen infotainment system. 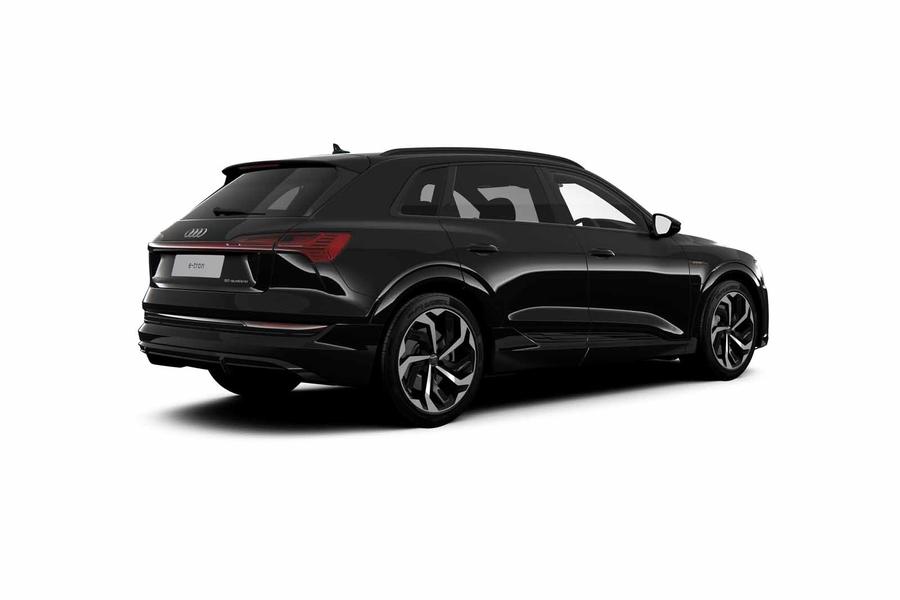 Vorsprung models bring 22in Audi Sport alloy wheels with a matt titanium finish, hiding orange brake callipers. Virtual door mirrors - with cameras and screens in place of conventional mirrors - are standard but can be removed as a no-cost option.

Vorsprung spec also brings a new feature to the range: digital matrix LED lights that offer new motorway lighting features and animations when locking or unlocking the car. Extras such as diamond-stitched leather, an electric heated wheel, a head-up display and a 19-speaker Bang & Olufsen sound system are also included.

Interestingly, the E-tron Sportback won’t be offered with the base 50 powertrain, only with the 55, which takes the WLTP-certified range from 195 miles to 247 miles.

Audi has launched a new E-tron Charging Service, giving subscribers one RFID payment card accepted by 18 different charge point suppliers acrosss the UK and Europe. There are two fixed-price charging tariffs, but customers who order before the end of the year receive a free 12-month subscription and 1000 miles-worth of free electricity.

The E-tron 55 can rapid-charge at up to 150kW, but for home chargers there's now a 7kW home wallbox available for all fleet and retail customers at no extra cost, so long as they order before 2020 ends.

Its only been out a short

Its only been out a short period of time and all those who bought the non updated model have been kicked in the you know what , leading to a big decrease in their value. typical V W group tactics they are the most unprincipaled of all car makers