BACK TO ALL NEWS
Currently reading: Alpine A110 Tour de Corse 75 harks back to firm's rallying history
UP NEXT
2023 Lamborghini PHEV supercar: Aventador successor spotted

Just 150 examples will be built, with only five coming to the UK
Open gallery
Close

The exterior is inspired by the original Alpine A110 that came second on the rally behind a Lancia Stratos HF.

To match the livery of the rally car, the special edition features bright-yellow paintwork, a black bonnet and roof and angular stripes on the side and rear.

The front wings feature Tour de Corse 75 badges and the number seven – the original A110's number on the 1975 Tour de Corse – is formed by the stripes and rear brake lights on the rear bumper. 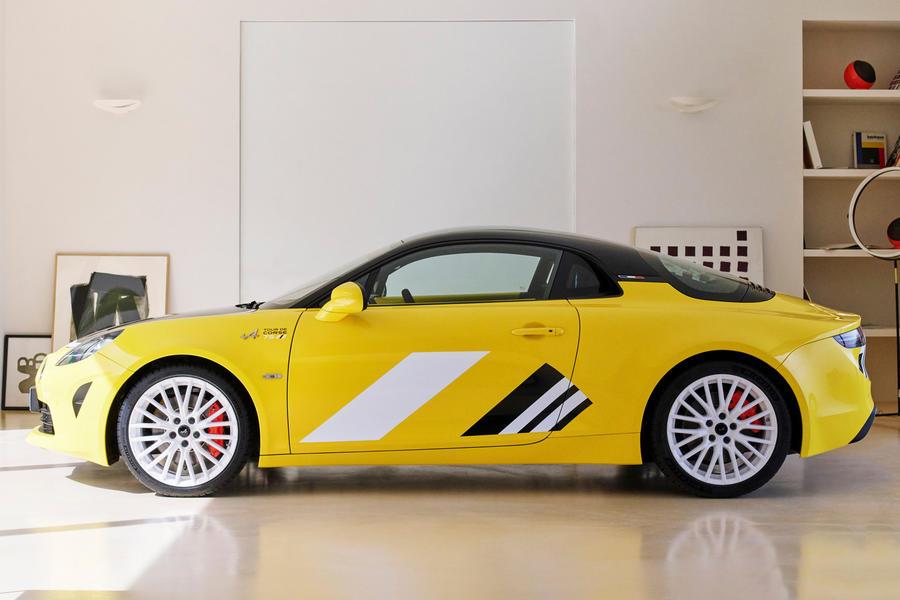 The car sits on 18in gloss white wheels, behind which are orange brake calipers.

Under the bonnet, the Tour de Corse 75 uses the same 296bhp 1.8-litre four-cylinder engine as the existing Alpine A110 GT and Alpine A110 S. Performance figures have yet to be revealed, but they’re likely to be unchanged from those of the lightweight S, which has a 0-62mph time of 4.2sec and a top speed of 171mph.

Inside, the Sabelt bucket seats feature an embroidered Tour de Corse 75 logo and can be specced with racing harnesses, while the stripes carry over to the interior. As with all A110s, the model receives an updated infotainment system with both Apple CarPlay and AndroidAuto connectivity. 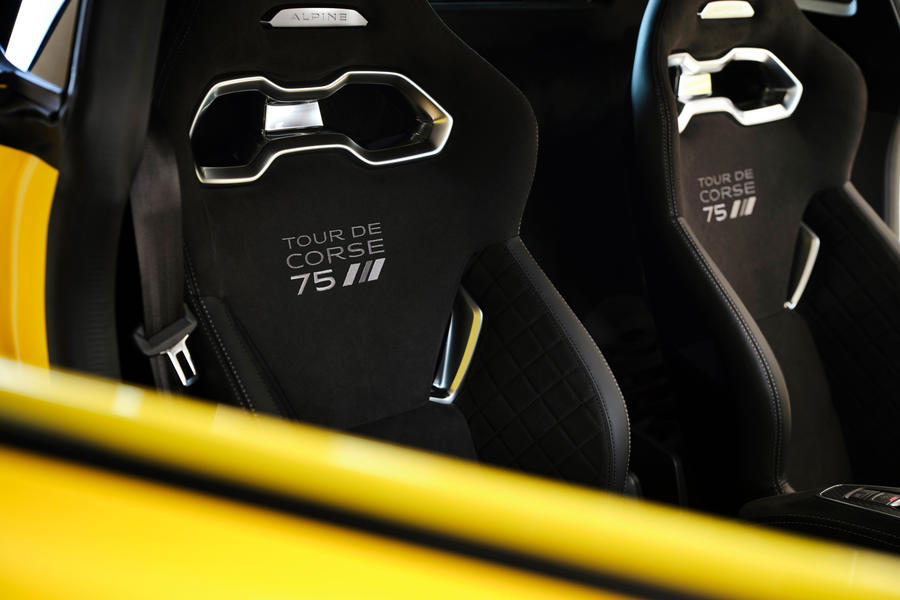 Just 150 examples will be made, with each one featuring a numbered plaque. Only five cars are set to come to the UK, priced from £66,855. Order books will open on 17 June.

The A110, which was launched in 2017, will be replaced in 2026 by an electric successor that is currently being co-developed with Lotus.

Alpine is already starting to shift away from being a purely sports-car-focused brand, with an SUV called the Alpine GT X-Over - also to be driven by electric power - on schedule for a 2025 launch, and a hot version of the upcoming Renault 5 EV will hit the roads in 2024.

Really like the Black roof, changes the shape, only five for Blighty ( what else could you expect?) and, yes,mits not worth £66K, but, so what?, it's the grin on face factor, how it makes you feel, and drivers are prepared to hand over the folding for it.

Remember when Katie Price was really pretty and known as 'Jordan,' and then.....