BACK TO ALL NEWS
Currently reading: Abt Sportsline takes Audi RS4 Avant to 523bhp, adds aero redesign
UP NEXT
Sorry, wrong number: the forgotten problem of car clocking

German tuning company Abt Sportsline has given the new Audi RS4 Avant a power upgrade, creating an amped-up model that produces 79bhp more than the original car.

Audi's standard RS4 puts out a substantial 444bhp and 443lb ft of torque; the Abt Sportsline version ramps this up to 523bhp and 502lb ft.

The power boost comes courtesy of an Abt Power S package that adds a high-tech engine control unit (ECU), an extra water cooler kit and an air intake cover to the powertrain. An optional intercooler can also be specified. 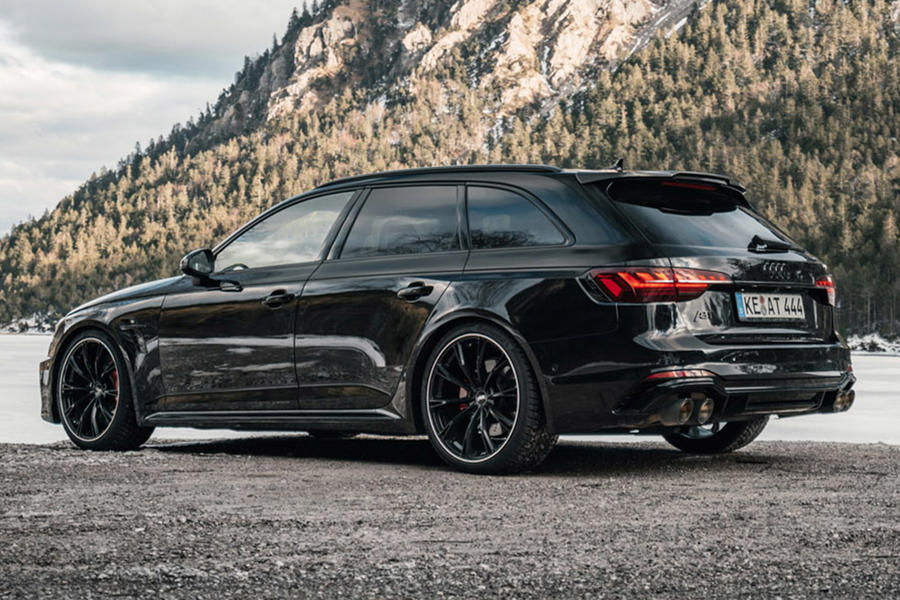 On the outside, the tuned RS4 benefits from a raft of new features designed to increase its aerodynamic efficiency. Front wheelhouse ventilation and sporting carbonfibre fins have been added, as have a new exhaust system with four carbonfibre tailpipes and gloss black trims on the rear skirt. A dark-coated spoiler completes the look.

The Abt RS4 offers a selection of 20in and 21in alloy wheels and various of shades of black. Customers can also specify height-adjustable suspension, while anti-roll bars can be added to both axles.

Inside, Abt has added a carbon finish to the seat frames, a carbonfibre dashboard and a full carbon seat cover. The theme extends to the steering wheel, which now has a leather-and-carbon coating.

Prices for the Abt RS4 depend upon the customer’s specifications, but expect to spend a fair bit more than the £61,625 price of the standard Audi.

Just waiting for the people who slag off Range Rover owners for having their priorities wrong to come and criticise the people this car is aimed at............

Yes it's another breathed on car, nowadays most cars come blinded up, gone is the day my chin drop drops ,it's just another very fast car,and about ten years from now it'll be classed as vintage.