BACK TO ALL NEWS
Currently reading: 592bhp McLaren 600LT tests at the Nurburgring
UP NEXT
Ford backs call for European ban on new ICE cars from 2035

The upcoming McLaren 600LT, a hardcore version of the 570S that forms part of the firm's entry-level Sports Series, has been caught on camera testing at the Nürburgring just days before its reveal.

The sighting shows that the model, which will be revealed on 28 June, will follow suit of the 675LT and recieve a 'long tail' (hence the name) to enhance aerodynamics. This change harks back to the McLaren F1 GTR 'long tail' that was produced for endurance racing in 1997.

Along with a modified body, the 600LT will use a more potent version of the 570S's 3.8-litre twin-turbocharged V8 producing 592bhp (600PS) and breathing through a lighter and less restrictive exhaust system.

The tailpipes for this exhaust will come through the car's engine cover, as seen on the test car and previewed up close in an earlier official image (see gallery). 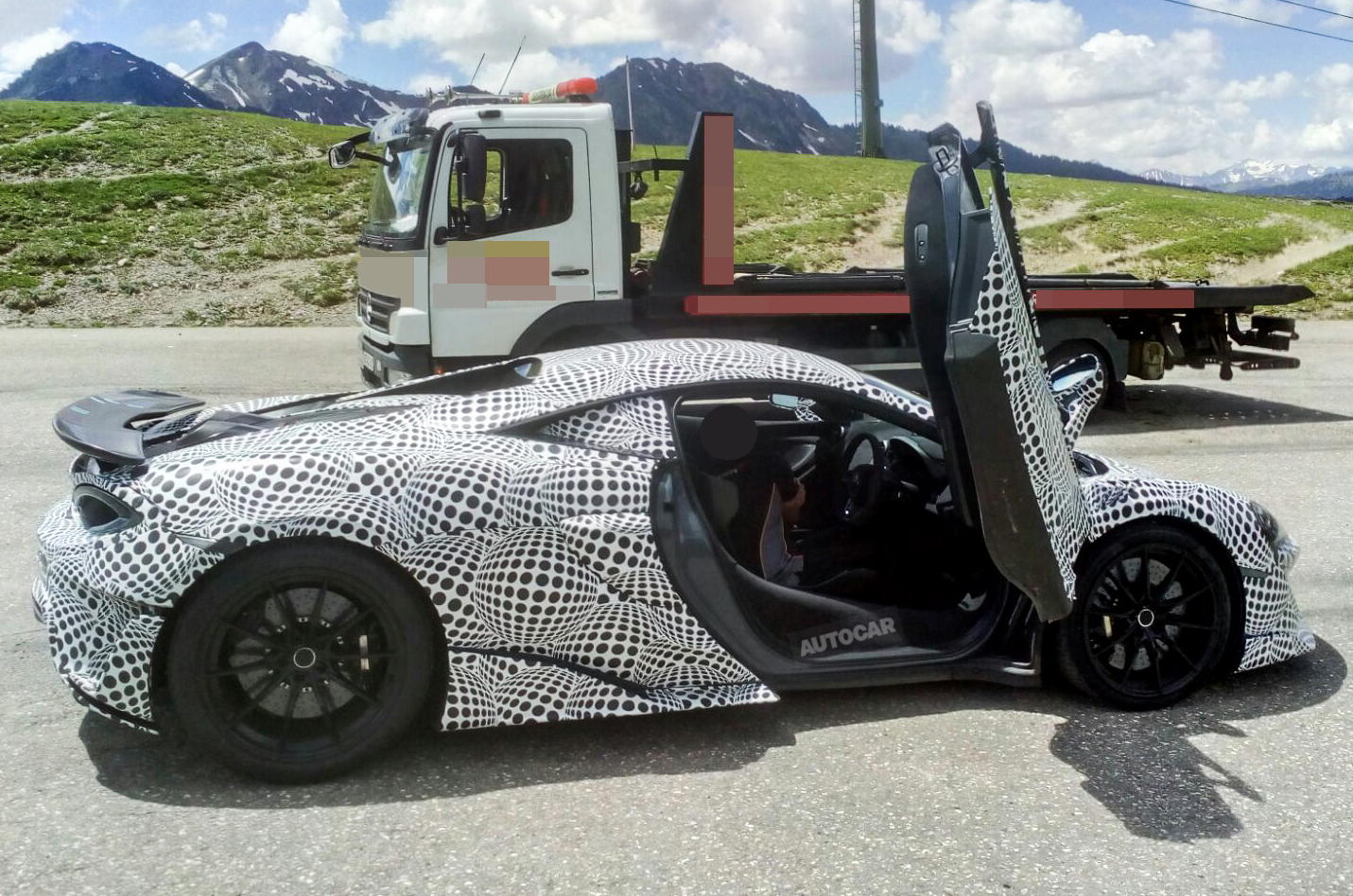 When revealing its official pictures, McLaren confirmed that it has reduced the 600LT's kerb weight — the standard 570S weighs 1440kg — but it has yet to reveal a figure. The 675LT shed 100kg from the 650S it is based on, suggesting the 600LT could tip the scales at less than 1350kg.

The harcore Sport Series model, which was scooped by Autocar in March, will make its public debut at the Goodwood Festival of Speed, when it will be driven up the famous hill climb.

Production of customer cars will be “limited to the few”, suggesting the 600LT will be made in similar numbers to the 675LT Super Series model, of which just 500 were made.

Because it belongs to the Sports Series, the new car is unlikely to receive quite the same extent of obsessive attention as the 675LT, which added more than £65,000 to the price of the £195,250 650S on which it is based and included 110 component changes or deletions just to save weight.

But we could still see a car with a price that's up from the 570S's £149,000 at something nearer £200,000, before customers start splurging on lightweight carbonfibre options. Expect lighter wheels, reduced sound deadening, the titanium exhaust that's already available through McLaren’s MSO department, thinner glass and perhaps a Perspex rear screen.

The 600LT is also said to be slightly more road-oriented in focus than the track-honed 675LT and therefore a usable everyday machine that should nevertheless acquit itself with honour on the circuit. The 675LT offered three times the downforce of the 650S and McLaren will no doubt be looking for substantial gains on the 600LT, too.

Don’t expect huge changes to acceleration or top speed figures, because the 570S is already traction limited and whatever additional power the car receives is likely to be largely offset by the drag created by that additional downforce. The real performance gain is likely to be best measured in a lap time.

The 600LT is likely to follow in the footsteps of the 675LT by offering limited-edition models of both coupé and spider variants.

Buzz Aldrin refused to swear on the bible that he walked on the moon. And none of the three of them looked like people who had supposedly been to the moon and back in their press conference. So yeah there is considerable doubt about the nature of their moon landing or if it happened at all. And it will never go away.

But anyway, even the distinctions between all the Porsche 911s are easier to comprehend than the McLarens

I am not a big fan of the

Well said, 275. The constant McLaren knockers are just bores. They should be celebrating what McLaren have achieved instead of being so negative.

Yep. It's freaking bizarre. Fair enough if you like Ferrari more. But people are bagging a company that only makes superbly engineered relatively light twin turbo V8 supercars!

No it doesn't, it harks back to the late 60s, most prominantly Porsche, with a series of endurance racers equpped with differing short and long tails depending upon event. The reference to the F1 was 'copied' from there, and in turn applied as a meaningless moniker to modern day McLarens.