BACK TO ALL NEWS
Currently reading: 2022 Kia Ceed line-up gets sharp new look and improved tech
UP NEXT
So far, so good: 500 miles in a Bentley Bentayga Hybrid

Kia has facelifted its Ceed line-up, with the updated hatchback, Proceed shooting brake and Sportswagon estate due to go on sale in the fourth quarter of 2021.

The front has been heavily restyled, with the grille gaining a black gloss finish and satin chrome 'wings'. The headlight design has also been altered and GT-Line S and GT versions of the Proceed now carry daytime running lights that also act as sequential indicators.

Meanwhile, the old Kia logo has been ditched in favour of the latest design, introduced earlier this year to mark a shift in the brand’s approach.

At the rear, the bumper has gained a glossy black diffuser, and GT-Line cars get a new tail-light made up of 48 honeycomb-shaped modules arranged into five rows, another example of several measures to make each trim level easier to distinguish. GT models get a variety of red accents for a sportier look. 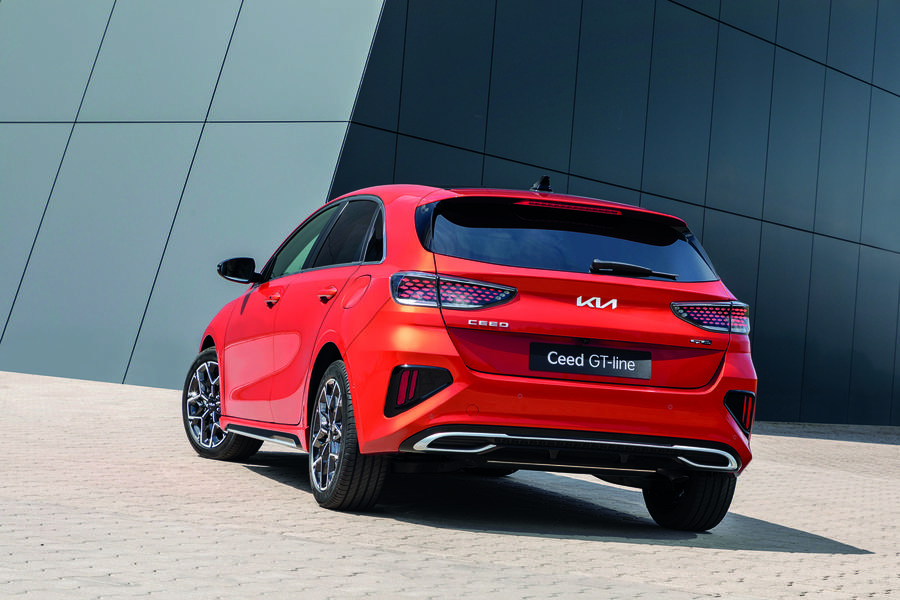 The interior options list has had a similar refresh, with four new upholstery finishes. Higher-spec cars get a 12.3in digital instrument cluster and a 10.25in infotainment touchscreen, each with high-resolution graphics.

The most significant changes have been made to the Ceed’s suite of safety systems. The blindspot warning system can now steer away from a crash if it detects that a collision is imminent, and the rear cross-traffic alert system can now step in with emergency braking if required.

The driver awareness warning has been improved with a visual cue on the Ceed’s screen, alerting drivers when the car ahead has moved off from a set of lights, and a safe-exit warning system can alert users to approaching traffic when they open the door.

The engine line-up is unchanged, with the 1.5-litre T-GDi engine having replaced the old 1.4-litre unit earlier this year. It can be paired with either a six-speed manual or seven-speed dual-clutch automatic and produces 158bhp. The 1.6-litre diesel versions of the Ceed develop 134bhp and are mild hybrid only.

Pricing details will be confirmed soon, but it’s likely that starting prices for all three bodystyles will receive a modest increase to reflect the updated tech.

I'd noticed on the spec list for the Honda E that it alerted you if the car in front had moved off when in a queue, just like this now has. If you're remotely concentrating on your driving shouldn't that be something you'd notice?

FastRenaultFan 14 July 2021
Looks much better. It was already a good looking car but the previous model looked better but this has improved its looks again. No interior pics a pity. Sure I will find them on the other site.
xxxx 14 July 2021

If they are fake air inlets under the headlights they have to the biggest in class. Very forgettable.