BACK TO ALL NEWS
Currently reading: 2020 Mercedes GLA: prices for hot GLA 35 revealed
UP NEXT
Bentley Batur: new Mulliner car to arrive on 21 August

UK pricing and specification details for the Mercedes GLA 35 4Matic have been revealed, with the car available to order now for deliveries in late summer.

The Mercedes-AMG-tuned performance model, which sits underneath the flagship Mercedes-AMG GLA 45, is priced from £43,565. That's over £14,000 less than the cheapest GLA 45, although the 35's price rises depending on spec as the Premium and Premium plus equipment lines command a further £2,500 and £3,500 respectively.

The GLA35 uses a 302bhp 2.0-litre turbocharged petrol engine, putting out 295lb ft of torque, combined with an all-wheel drive system to enable a 0-62mph tim of 5.1sec and a top speed of 155mph. Fuel economy is quoted at up to 34.5mpg combined, with CO2 emissions as low as 186g/km depending on spec. 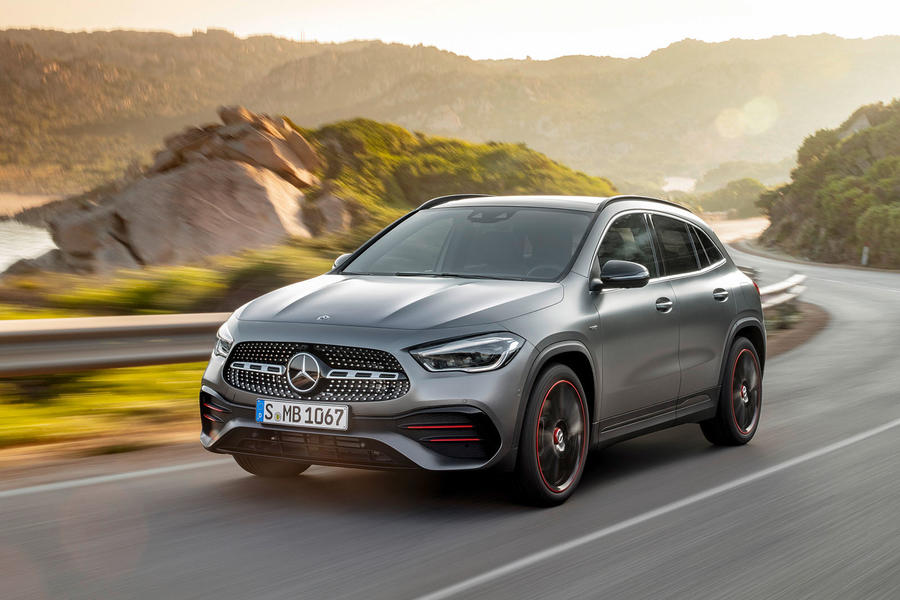 Standard versions of the Mercedes GLA compact SUV are available from £32,640 in entry-level Sport trim, which can be specified with a 161bhp turbocharged 1.3-litre four-cylinder petrol engine or, for an additional £1100, a 2.0-litre diesel that puts out 148bhp.

Prices climb to £34,140 for Sport Executive trim, which brings front and rear parking sensors alongside upgraded interior technology, and rise through three grades of AMG Line trim to top-spec AMG Line Premium Plus, which starts at £38,640. Engine options available towards the top of the range include a 187bhp four-cylinder diesel and a turbocharged petrol unit with 221bhp.

Prices for the hot AMG GLA 45 and new GLA 250e plug-in hybrid are yet to be announced.

The original GLA was launched five years ago, and almost a million have been sold globally since then. As with its predecessor, the new model, due on sale in the UK in the second quarter of 2020, draws heavily on the closely related Mercedes A-Class.

Its described by Mercedes CEO Ola Källenius as being "Better in every respect, with more convenience, more safety and more efficiency". 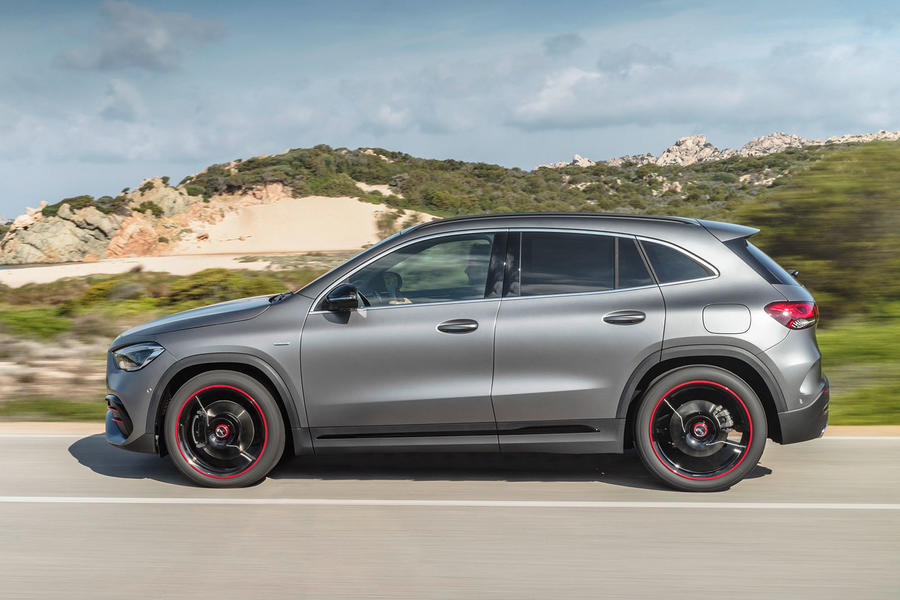 Stylistically, the new GLA builds on the foundations of its predecessor, albeit with ground clearance raised by 9mm to 143mm. Design head Gorden Wagener claims it "combines muscular off-road genes with our philosophy of sensual purity".

The exterior combines smoother surfacing with more rugged detailing than other compact Mercedes models, including plastic cladding on the wheel arches and bumpers. Larger wheelhouses accommodate wheels ranging from 17in to 20in. 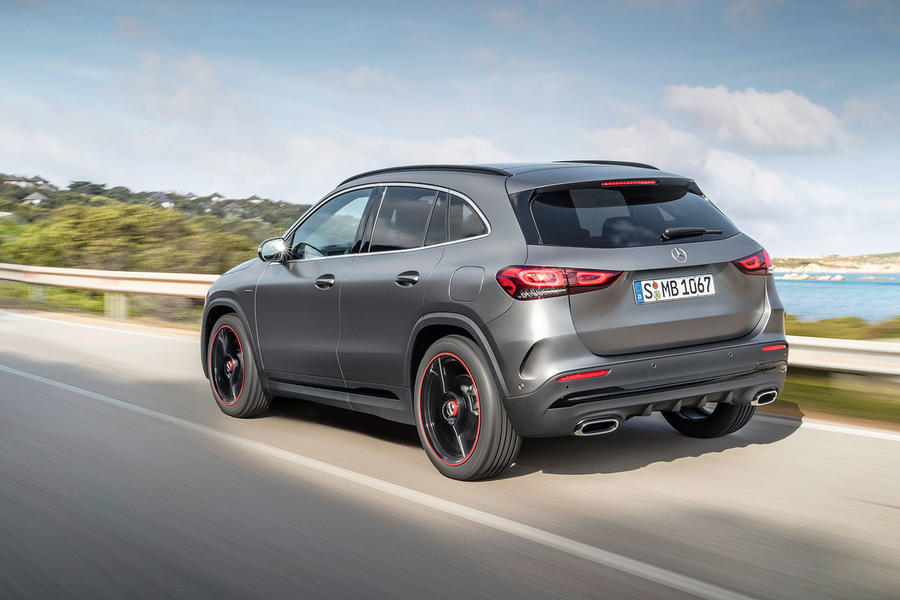 The AMG model gains a number of bespoke design features, including a Panamericana grille, a new roof spoiler and different tailpipes.

The new GLA is 4410mm long, 2020mm wide and 1611mm high, making it 14mm shorter and 2mm narrower but 104mm higher than the old model. It's based on the second-generation version of Mercedes' MFA platform, with a transverse engine mounting, and has its wheelbase extended by 30mm to 2729mm and its track increased by 46mm front and rear.

Inside, the new GLA is similar to other recent Mercedes models, featuring a dashboard with a free-standing digital display panel. This contains two 7.0in screens for the instruments and infotainment functions as standard, with a widescreen version using two 10.3in screens optional. The displays are operated via Mercedes' MBUX operating system, which supports both touchpad and voice control. A colour head-up display is also available.

To emphasise the crossover nature of the GLA, the front seats are positioned 140mm higher than in the A-Class. There's 22mm more head room up front than in the original GLA, but rear head room has been reduced by 6mm. 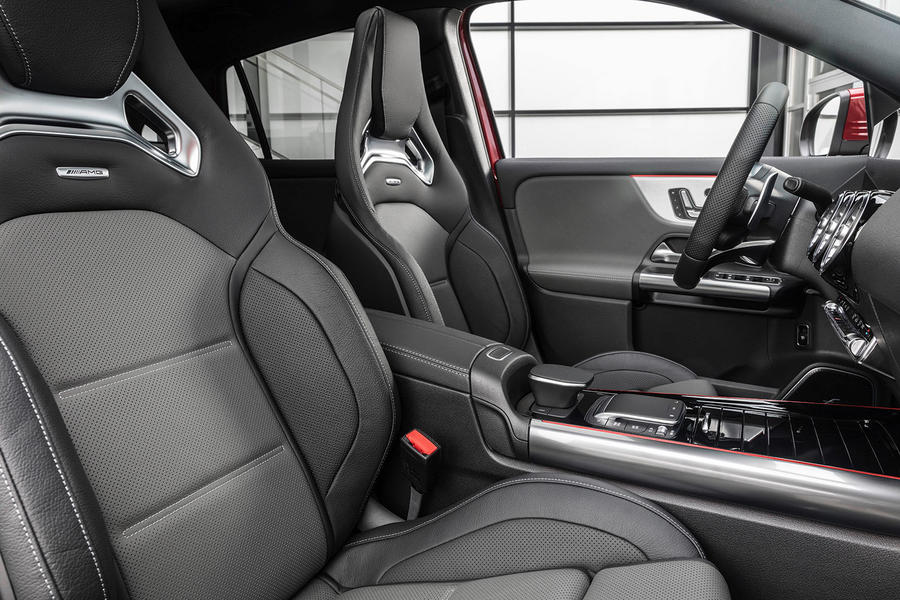 As with the B-Class and recently introduced GLB, buyers can specify the GLA with a rear seat offering 140mm of fore-and-aft adjustment, giving up to 116mm more leg room than before.

Because the rear backrest can now be set at a steeper angle, boot capacity has increased by 14 litres to 435 litres. The width of the boot aperture has also increased by 85mm at 1272mm.

As with other recent Mk2 MFA-based compact models, the GLA has suspension with McPherson struts up front and either a torsion beam or multi-link arrangement at the rear. Variable damping control is optional.

Four-wheel drive models can also be ordered with an off-road package. While offering no increase in ride height, this adds an off-road headlight function and an additional off-road driving mode called Downhill Speed Regulation.

The GLA 200, with a standard seven-speed dual-clutch automatic gearbox, can do 0-62mph in 8.7sec, hit a top speed of 131mph and achieve combined fuel consumption of 50.4mpg while emitting 129g/km of CO2.

Why would anyone read about

Why would anyone read about this?
catnip 11 December 2019

What does that even mean? I tried substituting "our" for "out", but it still doesn't make any sense.

Just like the regular A class, this looks miles better than the previous model. How on Earth they sold 1 million of those, I have no idea. It was an absolute dog, possibly the worst new car on sale.
eseaton 11 December 2019

'More tech' is always presented by Autocar as somehow good news, and what everyone wants.

Has nobody else noticed that new car sales are falling?