BACK TO ALL NEWS
Currently reading: 2018 Audi A6 Avant revealed
UP NEXT
New Kia EV9 primed as premium electric range-topper

The new Audi A6 Avant’s aggressively sloping bootline has been achieved without compromising load space and negates the need for the company to produce a shooting brake version of the car “like some of our competitors”, according to its head of exterior design, Helmut Jung.

The remark – likely referring to Mercedes – highlights Audi’s confidence that it has produced a car that will appeal to buyers both for its practicality and its looks. “This is a car that delivers on both fronts,” said Jung. “Usually such a dramatic line as the slope we have from the roof to the boot brings compromises but, because of the extended length of the car and some clever design work, we have exactly the same boot space as before.”

The A6 Avant’s boot volume extends from 565 litres to 1680 litres depending on whether the rear seats are up or down. Further practicality is added by functions that allow the seats to be laid almost flat at the push of a button and an optional feature that enables the boot to be opened by the key holder waving their foot under the rear bumper. 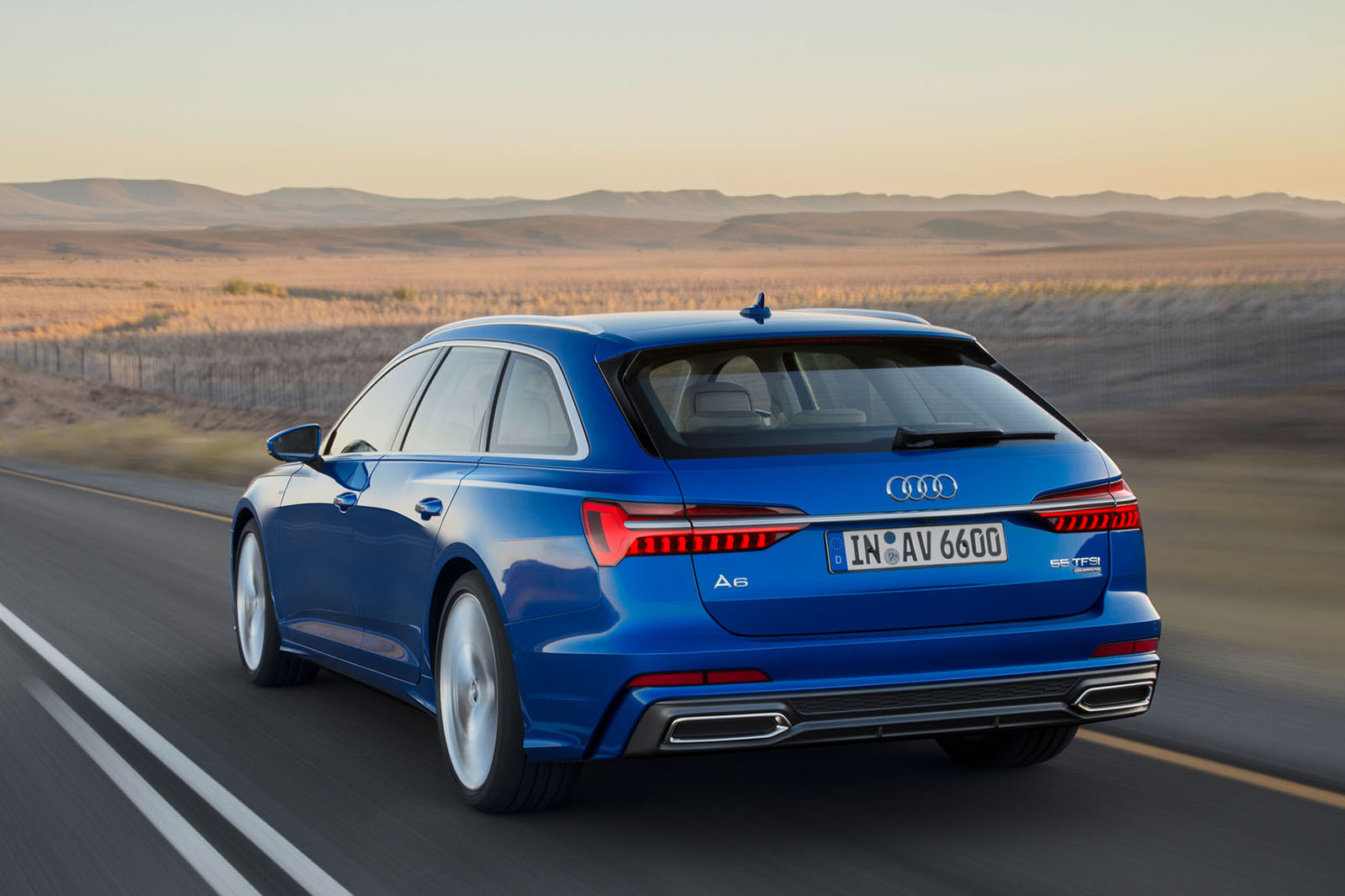 The boot capacity has also benefited from the car being 12mm longer than before. Additional packaging gains mean the boot length is 27mm longer, and cabin space is also enlarged in the front and rear as a result of a longer wheelbase. The cabin gains are said to particularly benefit elbow room throughout and rear knee room, which was criticised in the previous-generation model.

As with the saloon version of the A6, Jung highlighted the inspiration of the Audi Quattro in the styling, particularly for the blistered wheel arches. He also noted a personal goal of giving the car the visual impact of the 100 Avant. “The goal was a sporty, clean, progressive look,” said Jung. “It had to invoke the spirit of Quattro but also look timeless – we are in the business of creating cars that will look good in 10 years’ time, not just in this moment.” 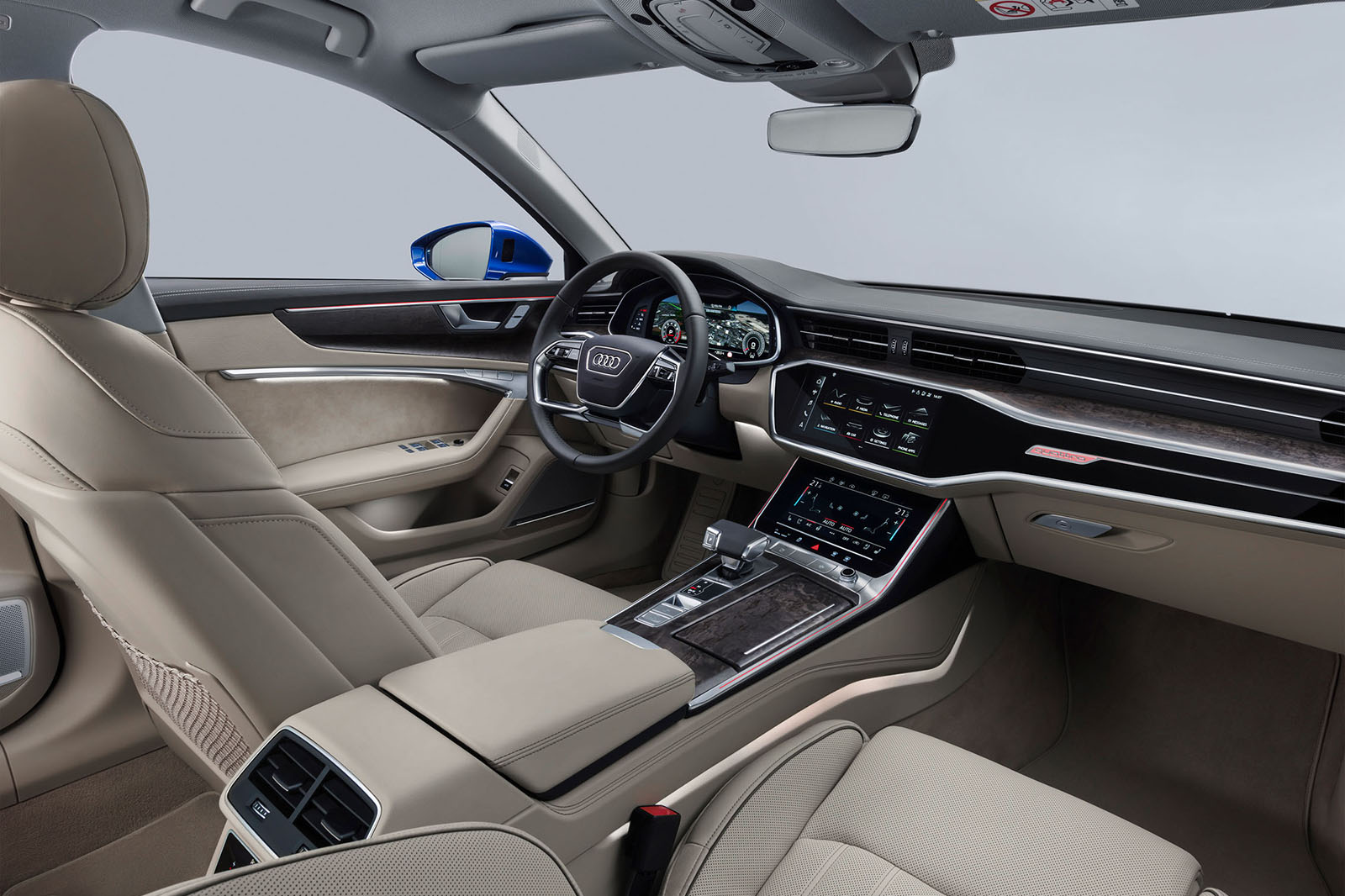 Elsewhere, the A6 Avant follows the themes set by the saloon, such as its interior look and technology, including Audi’s new MMI and voice control systems. An all-wheel steering system is also available, to boost stability at speed and reduce the near five-metre-long car’s turning circle to 11.1 metres – one metre less than that of the outgoing car.

The A6 Avant will likely launch in the UK with the V6 pairing of the 286ps 50 TDI diesel and 340ps 55 TFSI petrol, both linked to an eight-speed automatic gearbox and mild hybrid system. Four-cylinder options will be launched at a later date.

...ol' massive FWD car with hatchback dynamics or even worse with 4WD.

...ol' massive FWD car with hatchback dynamics or even worse with 4WD.

From a man that has probably never driven one....

2 audis including an A6

worst driving cars ive ever owned, dull characterless i even find the supposedly amazing interiors utterly dreary and sterile, as much as the competing cars are utterly boring, anyone who shuns a 5 series in favour of any large Audi is clearly not interested in cars or driving dynamics. "damn good rural car" get a suzuki jimny it will run rings around one these in the snow. Face it they are dull common and unimaginatice options. i reckon most people with audis cant even tell you what model it is. "what car you got?" "an audi" "which model?" "Audi estate model" yawn, so dull

For a person who has such

For a person who has such hate for Audi you seem to spend a lot of time posting your trash on them. You don't like them, don't buy them. Provide some insightful feedback if that's at all possible by you.

Most people, IMO, want a car to take them from point A to B in comfort. How many of us so called enthusiasts actaully do track days in their car?

Not everyone wants a car that'll wag its tail as they make a turn. But I'm sure that's what you look for in a car.

...your honesty that this is a car for people that want to keep moving in poor weather and that live a long , long way from salting machines and the like.

For an Audi it doesn’t look that bad, infact I’d say it out Mercedes Mercedes!!!!

I like it. We have one at the moment, it doesn't try to be anything it's not. Good looking, spacious, comfortable. This new one looks to have all of that and more...but I notice you've quoted the boot capacity as 515 litres. The press release says 565 litres, same as the current car.

If you have trouble keeping your concentration and require constant stimulation then there are designs out there for you. If you're happy with evolutionary design and a simple, handsome shape this might appeal.

Unfortunately, I doubt I'll be able to afford this one.