BACK TO ALL NEWS
Currently reading: 2017 Mercedes-AMG E 63 estate spotted with ultra-wide arches
UP NEXT
Supercars to e-bikes: the story of Romans International

Video footage of a Mercedes-AMG E 63 estate test mule wearing ultra-wide arches (video below) has surfaced online, leading some online reports to claim it is an E 63 Black Series.

The regular E 63 estate isn't due to be revealed until the next Geneva motor show in March 2017, following the E 63 saloon, which is due later this year. But this mule suggests Mercedes is already hard at work developing an even more potent version.

However, an insider has said this car is unlikely to be a Black Series model, despite the claims. Our source said AMG's hottest moniker was unlikely to feature next on an estate. Instead, this mule could be something else to sit above the regular AMG models, or even just an E 63 S.

Although the true identity of the wide-arched test car is still unconfirmed, mules for the regular E 63 estate (below) have been caught on camera on multiple occasions, revealing its large brakes and alloy wheels, quad exhausts and an aggressive front end. 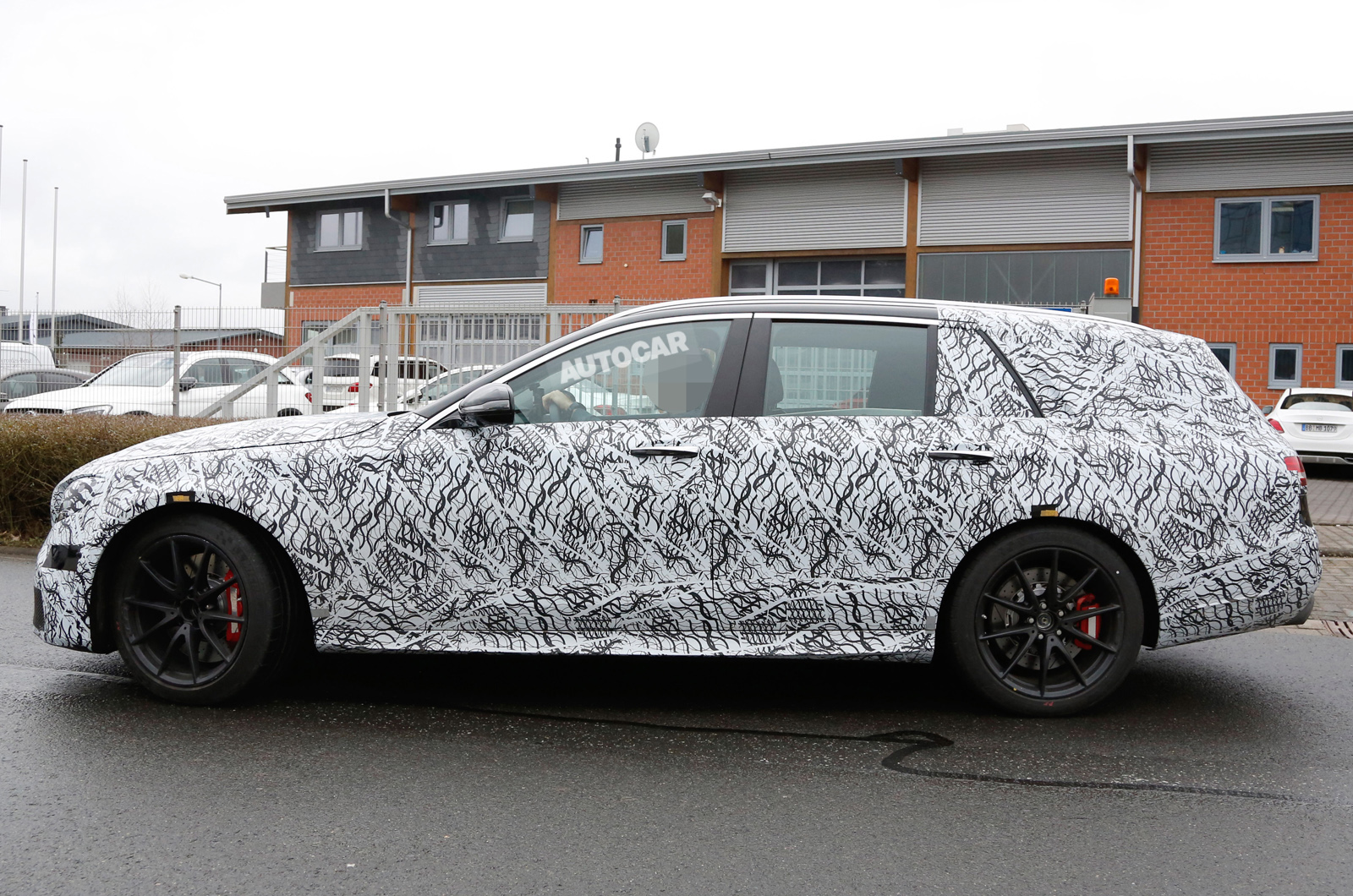 The regular model was last spotted near Mercedes' test centre near the Nürburgring, which reveals the possible nature of the tests being undertaken. 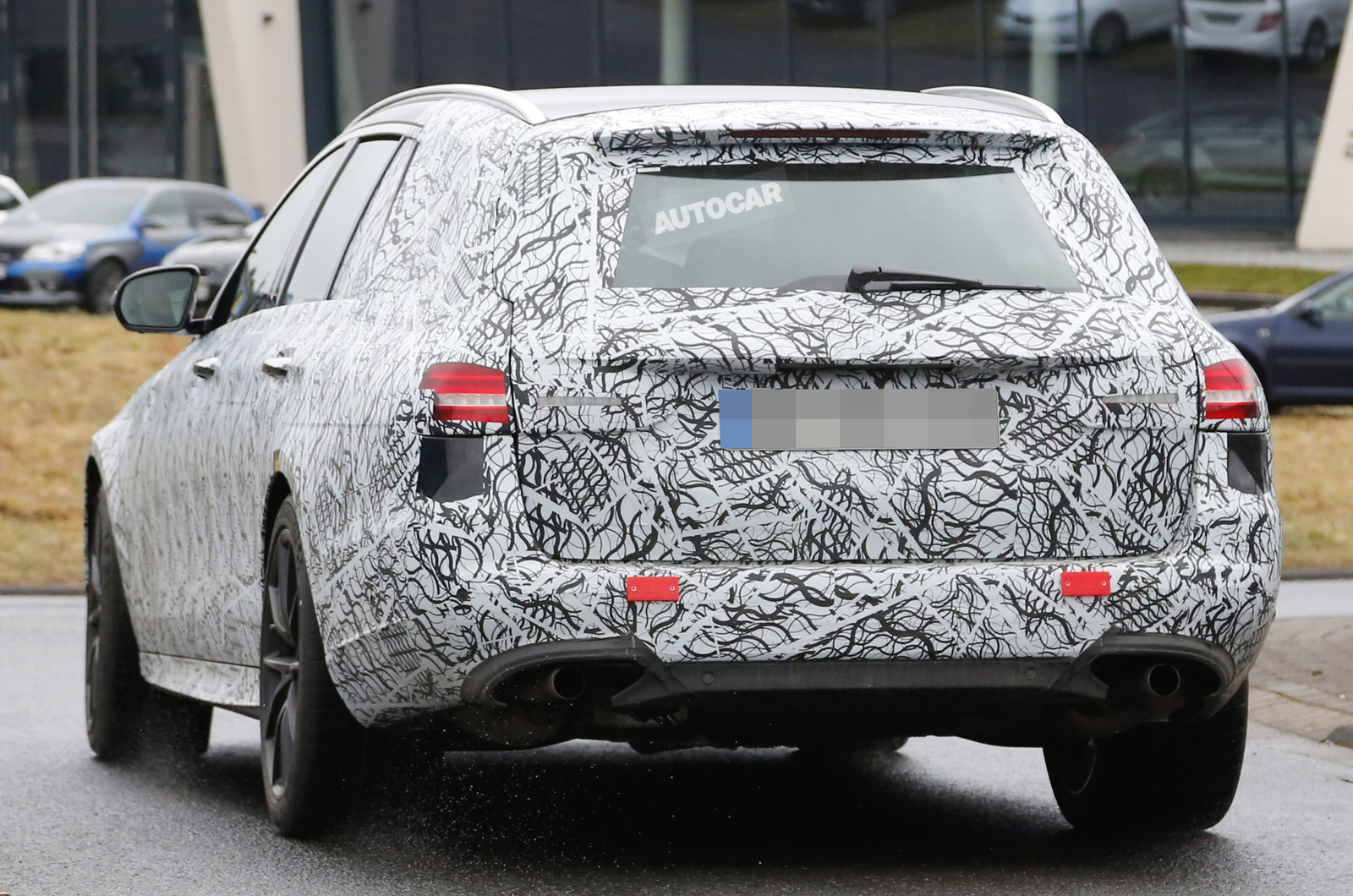 In the Mercedes-AMG range, the E 63 now sits above the newly introduced, Audi S6-rivalling E 43, which produces 395bhp and is reported to start at more than £50,000 by officials, although an official price is yet to be confirmed. Despite its previous absence from the E-Class line-up, the E 43 isn't expected to affect sales of the E 63, with different groups of customers targeted for each car.

The current E 63 estate starts from £76,515, but the expected rise in pricing of the E 63's hottest rival, the BMW M5, means this figure could rise for the new Merc. The E 63 estate is expected to reach the UK in the summer of 2017 after its Geneva show debut.

I agree, someone always comes

I agree, someone always comes out with this BS every time,they did the same with the C63 sedan.Anyone who knows anything about AMG will tell you there are not and never will be anything other than a 2 door Black Series,with 2 or possible 4 seats.It is the top of the tree in AMG models , like an RS 911.Audi, on the other hand,offers its top models -previously "Plus" which makes more sense than "Performance"in all its cars,even an SUV,but one could argue that is equal to an "S" AMG over a "base " AMG.
Porsche ,similarly in a way ,does "Turbo" and "Turbo S"
Most interesting is the new "AMG-GT-R" which is a true rival for the GT3RS,at far more reasonable and speculation free prices[at the moment} and it may not yet be the "Black Series"
Row_LFC5 13 August 2016

I doubt this is an AMG Black

I doubt this is an AMG Black Series model. The E-class was introduced recently, it's too early in it's production to have a black series model. Maybe they're building their new cars with flared wheel arches like c63 coupé for thay mean and sexy look . Or maybe wider tracks for that AWD system. It does look good, even disguised. It's similar to the RS6, i don't see a point for a E63T black series