BACK TO ALL NEWS
Currently reading: 2016 Mercedes-AMG E 63 test mule examined up close
UP NEXT
MST Mk1: Is this the ultimate rally recreation?

A development mule for the 2016 Mercedes-AMG E 63 has been photographed broken down in Germany, offering us our most detailed look at the next-gen super saloon yet.

The test mule confirms the look of the upcoming E 63 will add muscle to the latest E-Class's exterior, but in a predictably subtle way. More aggressive bumpers and quad-exit exhausts are the biggest give away for the car's added potency, but much of the design is unchanged from the regular car.

Our photographers also snapped a picture of the car's dash, which uses the same digital display as the regular E-Class but with a speedo that reads up to 330kmh. No doubt the car's top speed will fall short of this number (which equates to 205mph), but it confirms some of the menus and infotainment pages will be bespoke to the AMG.

What caused this particular mule's break down has not been revealed, but the development drivers were able to re-start it after following instructions on the phone, suggesting it was a minor electrical or software issue. 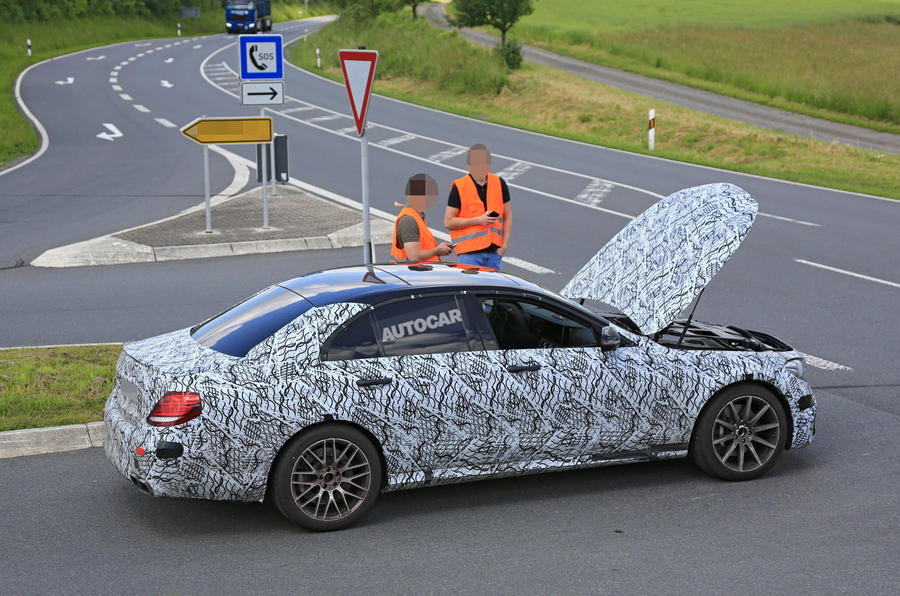 The new pictures follow a leak on a Audi RS6 and BMW M6, both of which currently produce 552bhp.

The leaked photos also reveal straight-line performance figures. The E 63 is claimed to be capable of accelerating from 0-62mph in 3.7sec; the E 63 S is two 10ths quicker. Both are limited to a 155mph top speed, although the asterix next to that figure suggests the new car will be available with a raised top speed, should owners want one. Both models share the same claim for a 32.8mpg combined fuel economy figure, too.

Mercedes has refrained from commenting on the leaked documents, nevertheless insiders are confident the information they contain is genuine. 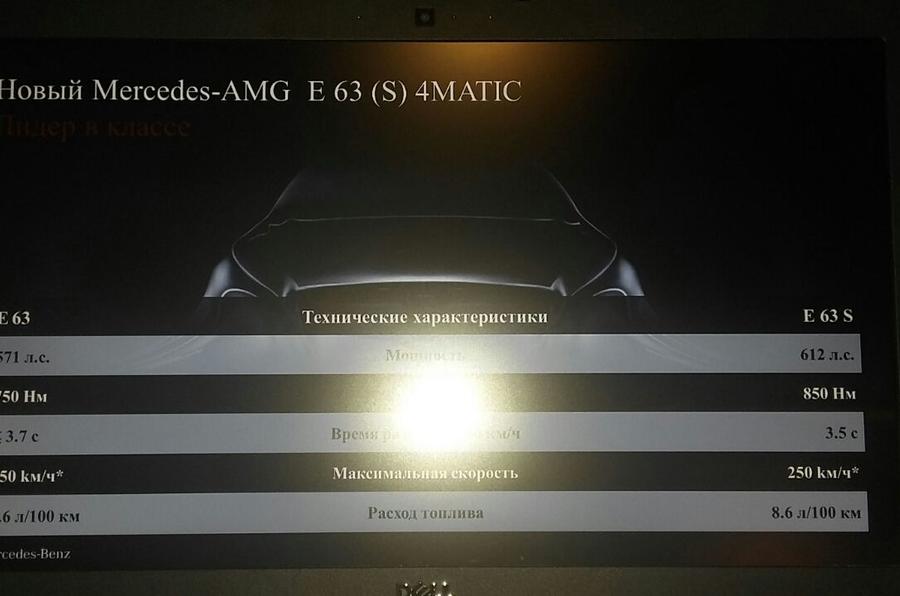 It is thought that the new E 63 will be lighter than the outgoing version and will be the first AMG model to use the new nine-speed automatic transmission. This second claim is backed up the aforementioned leaked document, which mentions a nine-speed MCT gearbox. It also suggests Mercedes' air body control suspension will be included, which comes as no big surprise.

AMG boss Tobias Moers has promised that these changes mean the car itself will be “not an evolution but a pure revolution - the biggest step an AMG E-Class has made”. 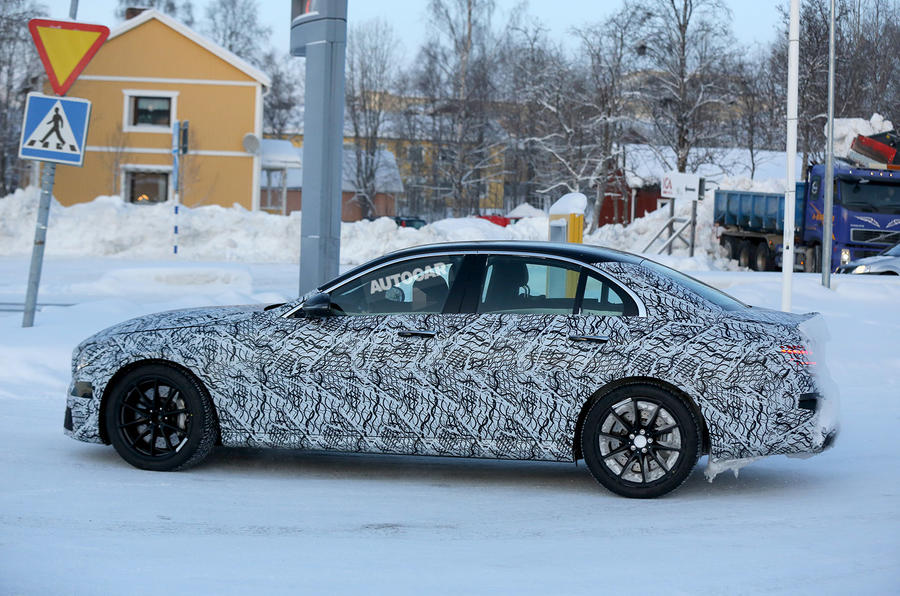 Speaking to Autocar, Moers revealed that the performance E-Class will be four-wheel-drive-only in all markets, but added: “Don’t worry - it will still do skids, drifts and all the stupid stuff we love.”

The car isn't due to be revealed until the Paris motor show in October, so the only images currently available have come from our spy photographers, who recently spotted a development E 63 testing in the Arctic Circle.

Order books are expected to open after the car's reveal, with first UK deliveries arriving at the start of 2017. BMW's rival model, the M5, will arrive later in 2017. That car is expected to stick with a rear-wheel-drive layout.

....as claimed in the article, then why are they able to see anything on the digital dash?
JCarter 13 April 2016

Looks like the horsepower arms race is back on then. Good luck achieving the claimed mpg, clearly not why you'd buy such a car but what conditions were they achieved in?

Also good to see the usual anti-JLR crowd have ticked the box with their comments.

Let's not forget the Audi S8

Let's not forget the Audi S8 Plus with over 600bhp too.