BACK TO ALL NEWS
Currently reading: 2017 Audi RS3 Saloon spotted testing
UP NEXT
2021 Kia Sportage: reinvented SUV priced from £26,745

An Audi RS3 Saloon has been spotted testing at the Nürburgring, confirming that Audi will offer the RS3’s five-cylinder engine and running gear in a four-door body.

The spotted test car's exterior is nearly identical to that of the S3 Saloon, aside from RS3 bumpers, wider front wheel arches and a large-bore twin-pipe exhaust system.

The saloon will use the same turbocharged 2.5-litre five-cylinder engine of the Sportback, producing 362bhp and 343lb ft of torque. Due to the larger body shape’s extra 15kg in weight, the RS3 saloon's 0-62mph time should be about a tenth of a second slower than the RS3 Sportback’s time of 4.3sec. 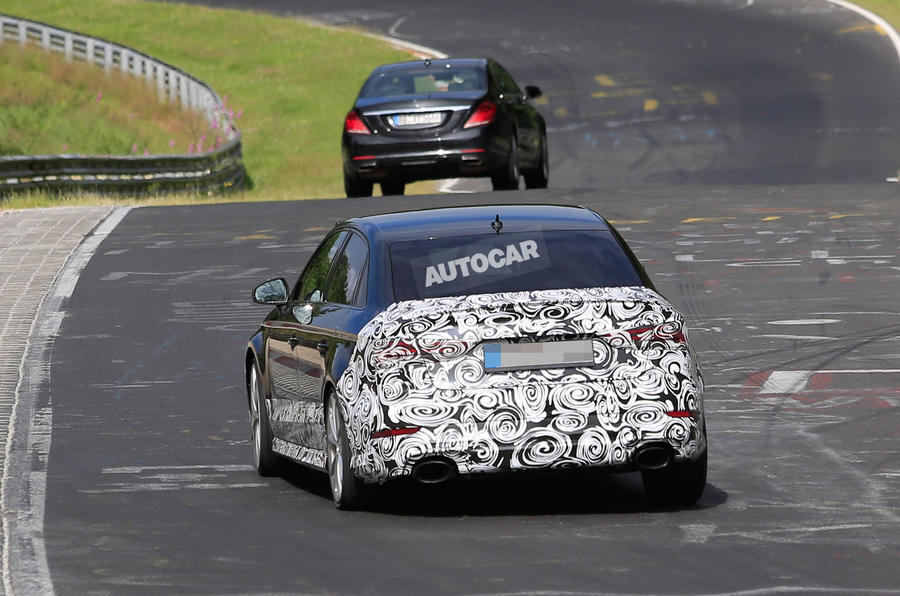 The Sportback's dual-clutch seven-speed gearbox and four-wheel drive system will be carried over, meaning the handling and character of the saloon should be near identical to the Sportback.

Audi's other hot compact saloon model, the S3 Saloon, is sold in the UK, but in far smaller numbers than the S3 hatch. A similar story is expected for the RS3 Saloon, which our sources believe will be offered in Britain but will be most successful in continental Europe.

Despite the test car sighting, Audi still hasn't confirmed that the RS3 Saloon is coming. Nevertheless, insiders point to an arrival time of early next year. 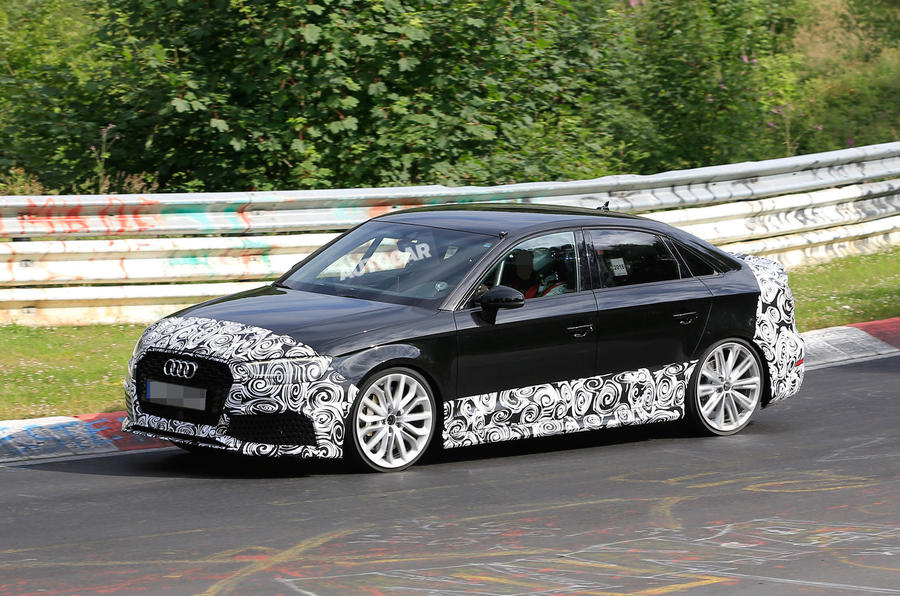 The RS3 Saloon will likely be about £2600 more expensive than the Sportback model, so it should cost from around £43,400.

A key rival for the RS3 Saloon will be the Mercedes-AMG CLA 45. The four-door coupé model is closely aligned with the Audi as it produces 376bhp from its turbocharged four-cylinder engine and costs £42,550.

Neither as tedious as

Neither as tedious as comments like yours, though...
eseaton 16 July 2016

I can't imagine how tedious

I can't imagine how tedious it must be to have to write about this. Even worse than reading about it.
simonali 16 July 2016

How do you know it will have

How do you know it will have the same engine as the pre-facelift Sportback model and not the newer aluminium version from the forthcoming TT-RS? Doesn't make a lot of sense to make two versions of the same motor to me...