BACK TO ALL NEWS
Currently reading: 2017 Audi A8: brand's most high-tech model to be revealed tomorrow
UP NEXT
New Ferrari Purosangue SUV makes first outing in production form

2017 Audi A8: brand's most high-tech model to be revealed tomorrow

The next-generation Audi A8 will be built on a new, brand-exclusive platform to make it the company's most high-tech road car.

Set to be revealed on 11 July, the range-topping saloon will use the most advanced active suspension system yet fitted to an Audi.

The so-called electromechanically actuated suspension system is part of the car's 48-volt electrical architecture and MLB Evo underpinnings. It uses a front-mounted camera to analyse the road ahead 18 times per second and then prepares the suspension accordingly.

Each wheel has an electric motor that's linked to a gearbox, a rotating tube with an internal titanium tube and a lever, which then adjusts the suspension with up to 811lb ft of torque. The system reduces body roll during cornering and pitch during acceleration and braking.

Audi claims that this technology can also improve passive safety in the event of a crash, by lifting the side of the impending impact. It says this concentrates the impact on the strongest parts of the car, such as the side sills.

The car will also use electromechanical rear-axle steering, another component of its 48V architecture. The system improves stability at speed by steering in the same direction as the front wheels or improves manoeuvrability by turning in the opposite direction in tight situations. It's also claimed to improve steering feel, and give the A8 a tighter turning circle than the A4 executive saloon.

Full front and rear styling shots have been shown in earlier footage of the upcoming BMW 7 Series rival (see below), which draws heavily from the design of Audi's Prologue concept of 2014, with a large central grille, geometric headlights and a light bar spanning the width of the car's rear. The large, intricate wheels also appear to be smaller, more production-friendly versions of the Prologue's 22in wheels. 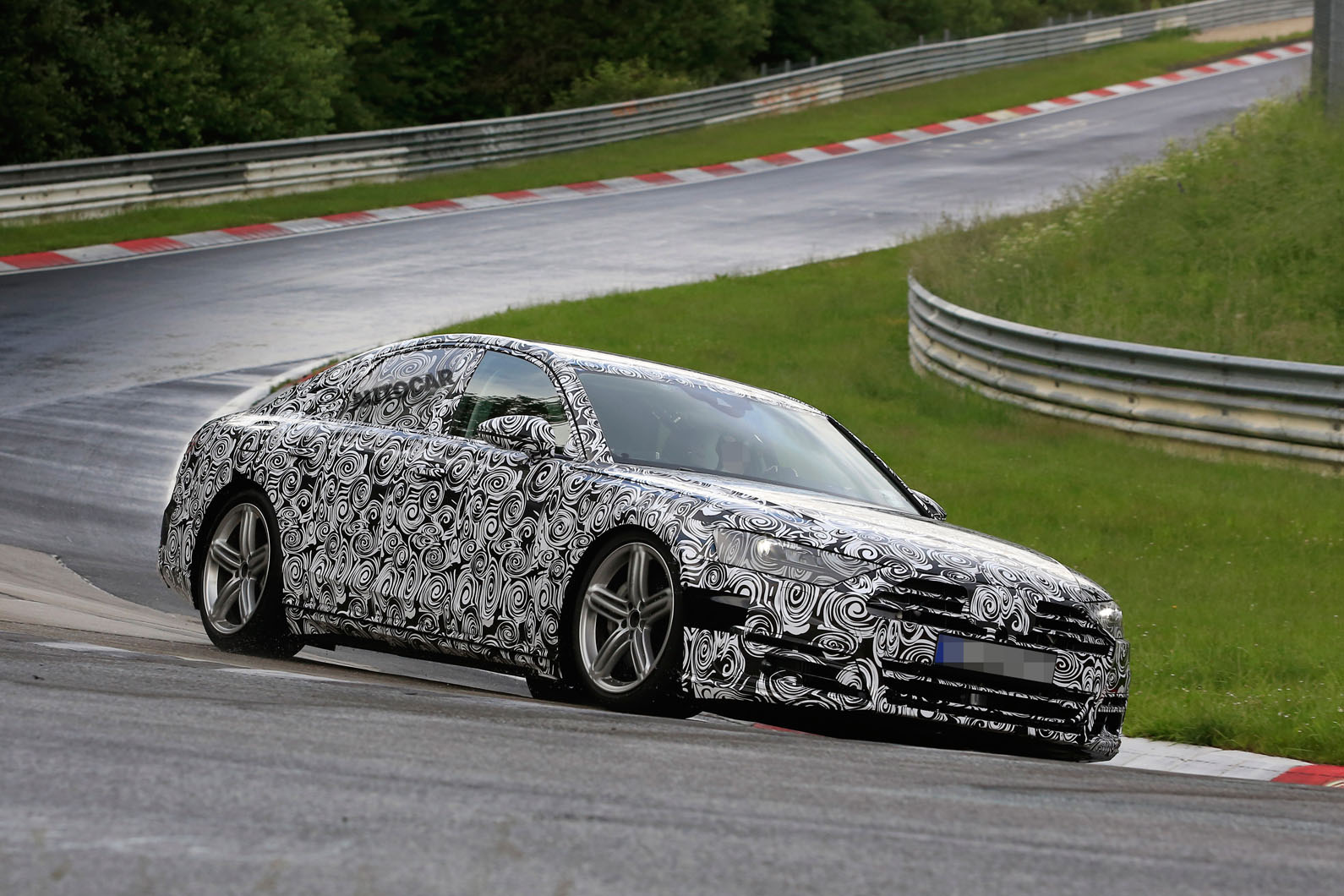 Also like the Prologue concept, the A8 will receive electrified powertrains from the entry-level model up, Audi has confirmed. Another preview also demonstrates the car's hands-off driverless technology, with an 'Audi AI' button activating the system, which prompts the driver to let go of the steering wheel.

The A8 will be the first in the brand's line-up to be available only as a hybrid, as Audi looks to electrify its entire line-up in the coming years. Entry-level cars will be mild hybrids, although it's likely that plug-in hybrid versions will appear higher up in the range, with greater electric-only driving capability.

A demonstration image of the car's powertrain confirms a V6 petrol engine will feature in the range, too, with electric power supplementing the internal combustion engine.

The 48V circuit incorporates two elements: a water-cooled alternator starter and a lithium ion battery pack in the boot of the car.

The flagship saloon will offer a fully autonomous driverless mode, using Audi's piloted driver technology, which can completely control the car at speeds of up to 37mph, beating even the Mercedes-Benz S-Class to Level 3 - conditional automation - autonomy.

The car also uses its autonomous systems to save fuel and increase smoothness when driving; the sensors, for example, can tell when traffic in front moves and can start the engine early, even if the brakes are still applied, allowing for a smoother transition between standstill and following the flow of traffic.

We now know that the new A8's bodyshell, minus running gear and equipment, weighs 51kg more than the outgoing model, at 282kg compared to 231kg. It's 24% stiffer, too, which should contribute to improved handling, steering and refinement. Rear seat knee room increases by 28mm and head room by 14mm.

Other key technological features will include gesture controls and the latest organic LED headlight technology. 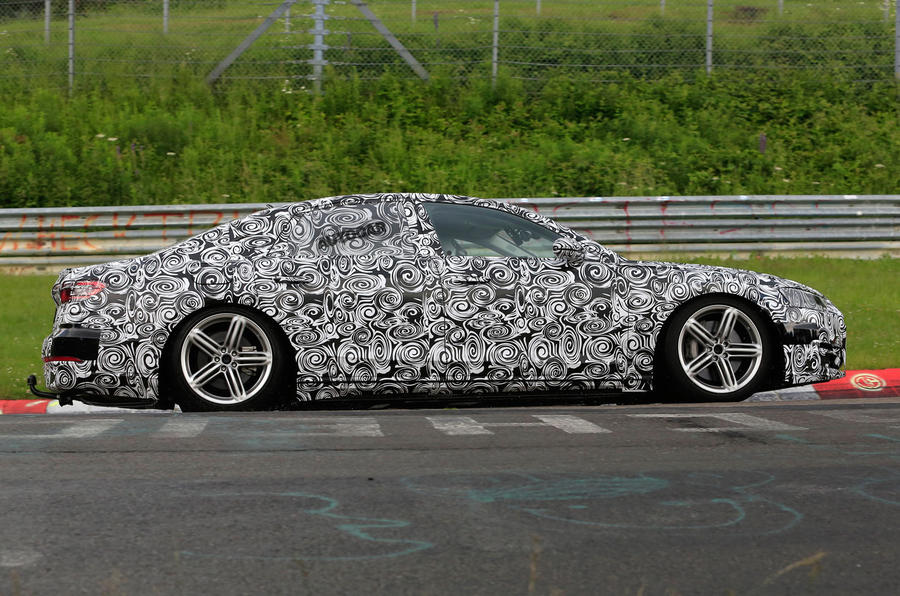 Entry-level prices aren’t expected to change dramatically from those of the current model, which costs from £63,520, but range-topping models with their more complicated technology and powertrains could cause the A8’s overall price window to widen.

The car is featured in the new Spiderman: Homecoming movie that's in cinemas now.

Well not really, with advances in building using lighter stronger materials and tech advances making systems more efficient and advances in Engine tech also this Car is probably a little lighter or heavier it doesn't matter really because from the Drivers seat and the feel through the steering it will feel smaller more nimble maybe even more mpg too,lets judge it when it's tested here by Autocar.
Spanner 11 July 2017

Driven for a few years by limousine companies for airport runs on a lease deal, then bought for a song by any Tom, Dick or Harry. Nowt wrong with that, get ready for a bargain in a few years time.
LP in Brighton 5 July 2017

Why? Manufacturers "test" at the 'ring because it guarantees free publicity like the article above. In any other location - and without the disguise - no one would notice. So job done!
View all comments (14)