BACK TO ALL NEWS
Currently reading: 2016 Nissan GT-R on sale from £79,995
UP NEXT
Forgotten Genius: Remembering the Renault 5 GT Turbo

The facelifted car has new styling, an upgraded cabin and an even more powerful V6 engine. It was first shown at the New York motor show and is now available to order in three trim levels: Pure, Recaro and Prestige; there’s also a Nismo-engineered Track Edition.

The Pure is the £79,995 entry-level model, while the higher-specced Recaro starts at a slightly higher £81,995 and top-spec Prestige GT-Rs start at £82,495. Nissan has also confirmed that the Track Edition will be offered from £91,995, but is yet to reveal exactly what upgrades this more hardcore model will get. 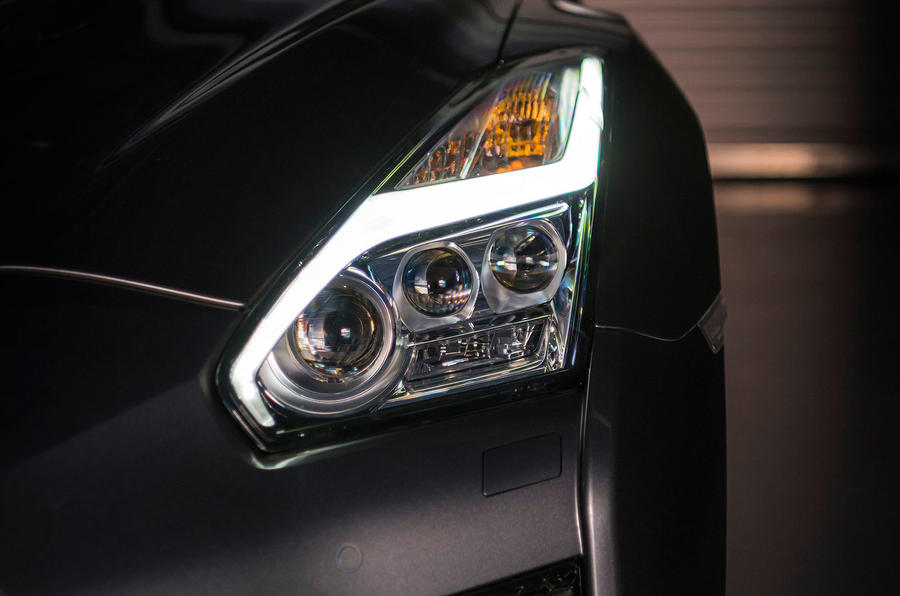 Nevertheless, we expect it to get a similar raft of Nismo parts to the outgoing model, including lighter wheels, chassis-stiffening body bonding technology and uprated dampers, making it a halfway house between the regular car and a full-blown Nismo model.

The upgraded GT-R features a new interpretation of Nissan’s ‘V-motion' front grille, along with a reinforced bonnet and new bumper design, said to give the car more downforce. The metallic orange paint of the show car is new, too.

Along the sides, the sills have been widened to improve air flow, while the rear gets a reprofiled bumper to sit alongside its quad exhaust tips. Nissan says these changes are designed to make the GT-R more aerodynamically efficient, and help keep the car stable at high speeds. 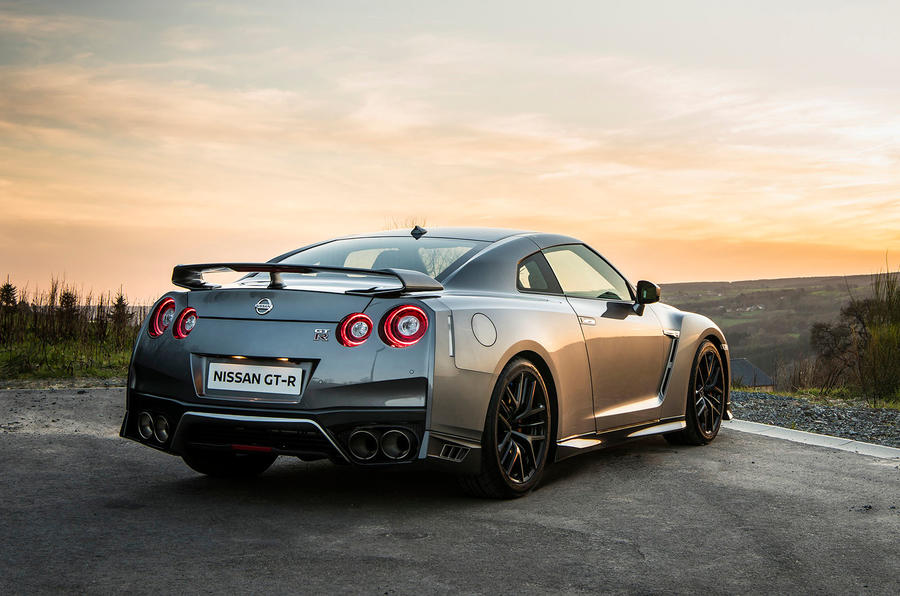 Inside, the cabin has been upgraded to include leather trim, with most of the buttons of the old car removed and integrated into a larger, 8.0in touchscreen infotainment system. Other changes include new steering wheel-mounted shift paddles and carbonfibre trim on the centre console. New sound deadening materials are claimed to make the cabin quieter than before, too.

The GT-R sits on 20in wheels, and is said to have a more rigid body structure and new suspension than the old car. Nissan says this means a more stable ride and a higher cornering speed. 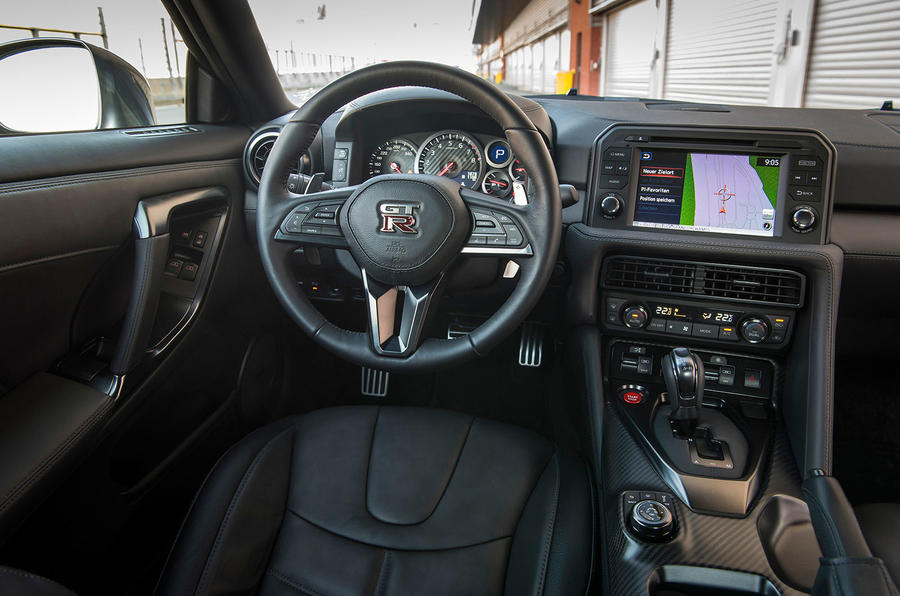 While the facelifted GT-R keeps the same 3.8-litre twin-turbocharged V6 petrol engine as before, power has been boosted from 542bhp to 562bhp at 6800rpm, alongside 470lb ft of torque. That’s still less than the GT-R Nismo, which receives 592bhp from the same engine. Power is sent to all four wheels through a six-speed dual-clutch transmission.

Nissan says the GT-R “has never sounded better” thanks to a new titanium exhaust and an 'Active Sound Enhancement' system, which amplifies the sound. Mid-range power delivery is also said to be improved, and Nissan has also introduced an adaptive cylinder shut-off system to the GT-R. 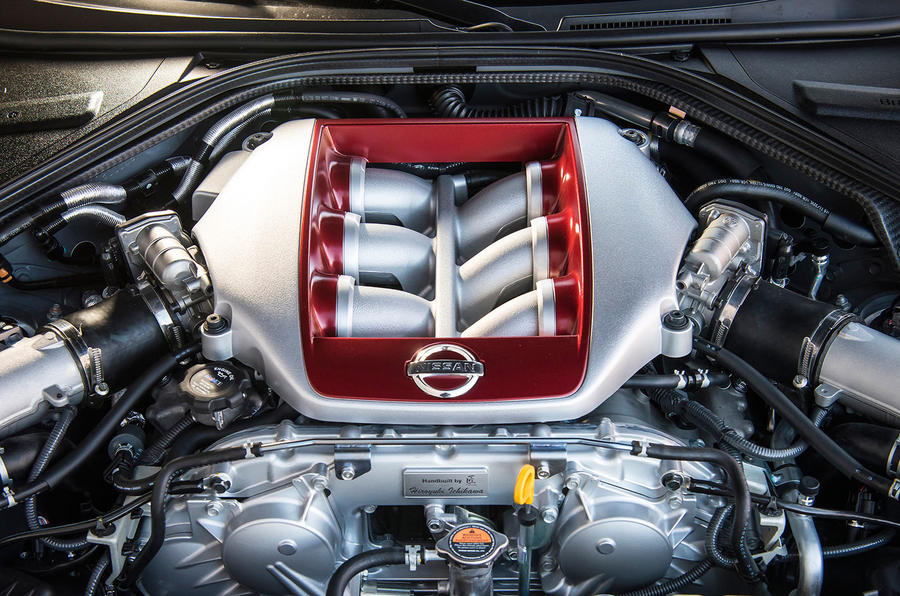 GT-R product specialist Hiroshi Tamura said: “The new GT-R delivers a heart-pounding driving experience at all times and on any road for whoever sits in the driver’s seat. We have continued to push its performance boundaries to the outer limits - it’s even more potent than before.

“At the same time, more refinement has been added to take the driving experience to an entirely new level. We’re proud to bring you what we feel is the ultimate GT that possesses amazing performance, new-found civility and a rich racing history.”

Love this car and the styling

Love this car and the styling and interior mods are defo an improvement.

It's time though that Nissan did something new and reinvent the GT-R.

The best just got better,,,