The facelifted model made its debut at the Geneva motor show in March and comes with a new 1.5-litre diesel engine engine, as well as Ford's latest infotainment system, Sync 3.

Visually, the updated Kuga has a more heavily sculpted bonnet, which as well as giving the car a more chisled look is claimed to give better pedestrian protection in the event of an accident. It also gets Ford's trapezoidal grille, as featured on the new seven-seat Edge large SUV.

Exterior styling cues have been taken from the Edge andthe updated Ecosport small SUV, with new self-adjusting bi-xenon headlights, LED daytime running lights and new foglights, while at the rear there are restyled tail-lights and a power-operated tow bar that stores itself out of sight when not in use. The tailgate can also be opened by you doing a kicking motion below the car's rear bumper.

New ranges of 17, 18 and 19in alloy wheels are also available while inside there are fewer buttons, a new electronic parking brake and an improved design. 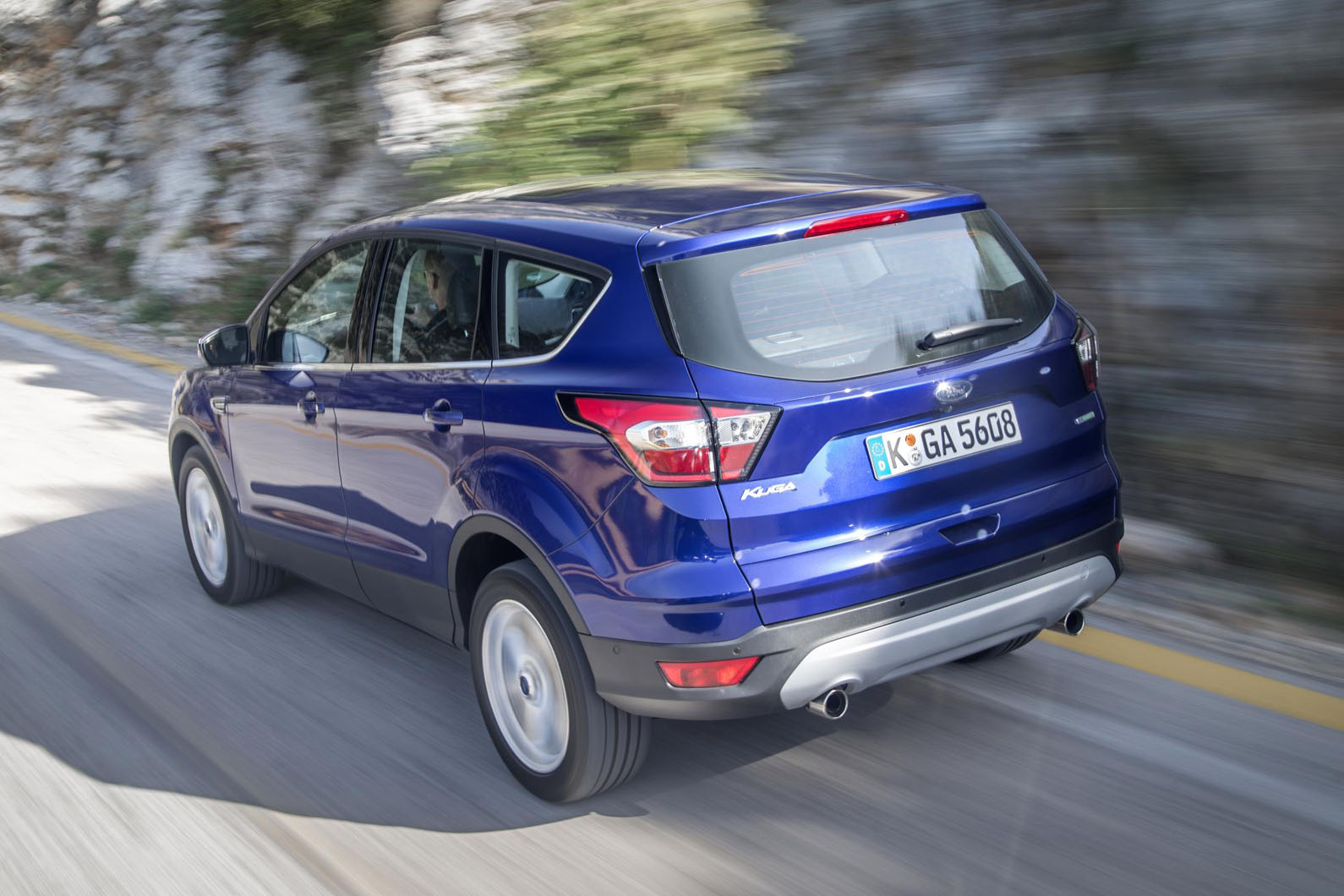 The new Sync 3 system comes with an 8.0in touchscreen and includes Apple CarPlay and Android Auto functionality. It allows drivers to control functions using conversational voice commands. For example, by saying ‘I need a coffee’ or ‘I need petrol', the sat-nav system will locate a nearby shop or service station. 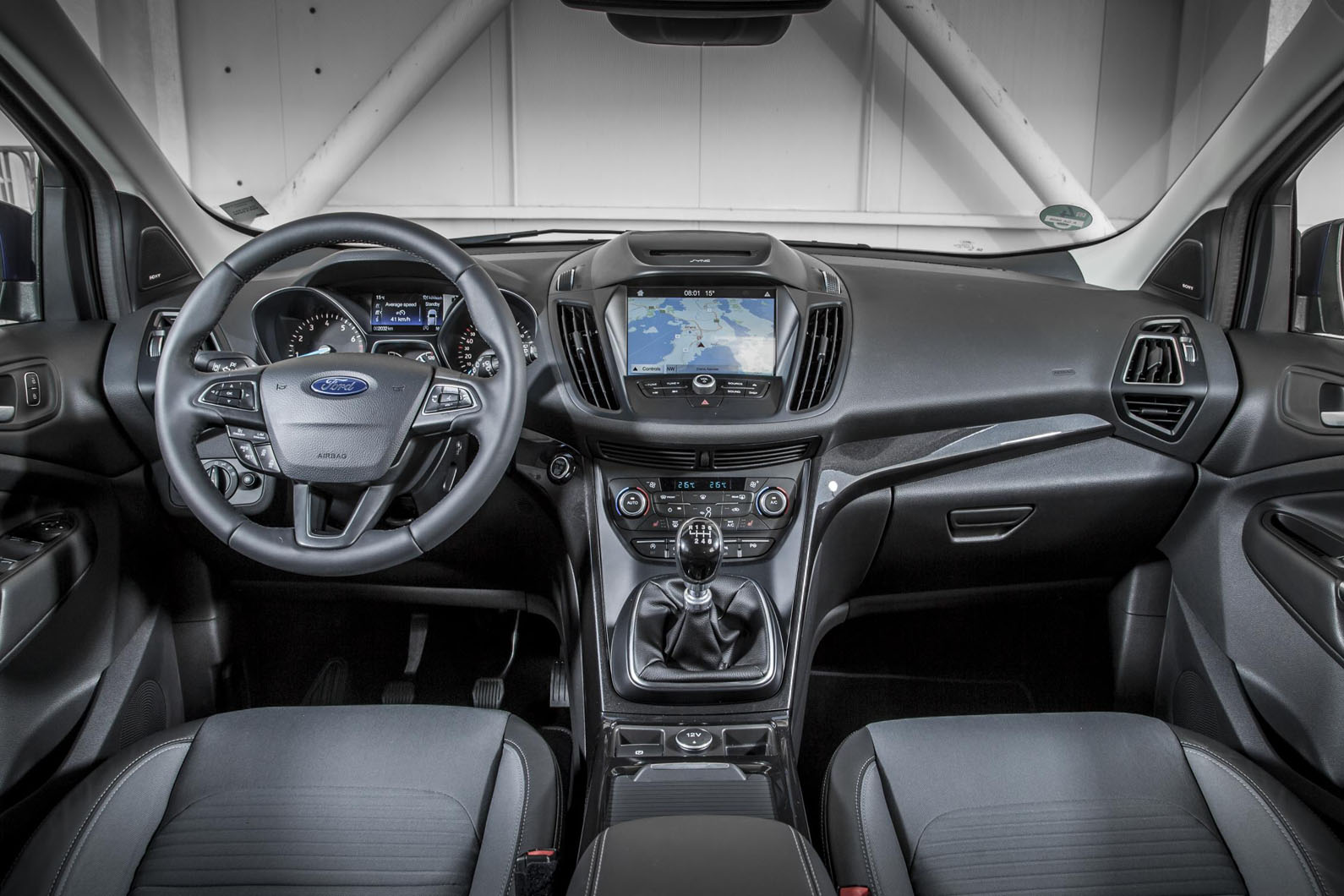 All-wheel-drive models offer Ford’s semi-autonomous Perpendicular Parking technology, which helps drivers to park hands‑free in spaces alongside other cars. Cross Traffic Alert aids drivers reversing out of a parking space, while Park-Out Assist helps drivers as they exit parallel parking spaces. A new enhanced version of Ford’s Active City Stop is also provided, which can now operate at speeds of up to 31mph – an increase of 12mph.

Top of the range is the Kuga Vignale, which is priced at £30,745 but has more premium standard-fit features such as bi-Xenon headlights, LED tail-lights, full leather seats and keyless start.

On sale and delivery dates

The new Ford Kuga is on sale now, with first deliveries expected to arrive before the end of this year.

Give it a better engine

Over in OZ they install the 2.0L Ecoboost with the intelligent AWD system. This makes it a far better car you don't have to wait for the turbo to boost before it wants to go.
ozerob 25 October 2016

Give it a better engine

Over in OZ they install the 2.0L Ecoboost with the intelligent AWD system. This makes it a far better car you don't have to wait for the turbo to boost before it wants to go.
View all comments (15)