BACK TO ALL NEWS
Currently reading: Sir Stirling Moss obituary: the life and career of a racing legend
UP NEXT
Are disabled people being left behind by electrification?

Sir Stirling Moss, who died peacefully at 90 in London on Easter Sunday after a long illness, always acknowledged the importance to his racing career of his unusual name, believing it brought him attention as a young driver, over and above the sensation created by his instant, 19-year-old brilliance behind the wheel.

To the end of his life, Moss, who beyond racing was an astute money manager and property developer, would protest that “all I’ve got’s my name, old boy”, especially if discussion ever turned to the scandalous cost of living these days, as it often did when compensation for his frequent public appearances was being discussed.

He’d go on to explain how his mother (who drove a Singer Nine on hillclimbs in her youth) had wanted to call him Hamish, but his father (a Berkshire dentist and amateur racer who finished 16th in the 1924 Indy 500) had insisted on Stirling, a stroke of luck according to its owner.

Moss was always soft-spoken, patriotic and modest, but he was also aware from the first how much being in the public eye could aid a career. In that sense he was much more professional than many peers. He became enormously popular almost as soon as he started racing (first in his father’s BMW 328; soon in one of Cooper’s earliest 500cc single-seaters) and kept his public connection right to the end of his days, mainly because people knew and approved of his lifelong love of racing and because they knew perfectly well that many of his best wins were scored cars that weren’t the fastest on the grid.

In man-in-the-street terms Moss was arguably Britain’s most famous racing driver of all time. When he had his career-ending accident at Goodwood in 1962 and was in a coma for a month, London’s Evening Standard ran bulletins on its front page to inform the anxious public of his condition. And anyone who saw him a couple of years ago at the Goodwood Festival of Speed, sitting on a shooting stick outside the Driver’s Club, mobbed by well-wishers and admirers while younger champions walked by unnoticed, would have known that the common connection was never broken.

At the same meeting, enterprising stall-holders were still doing great business selling T-shirts bearing the famous 1950s remark all traffic policemen were supposed to have used on speeding motorists: “Who do you think you are, Stirling Moss?”. 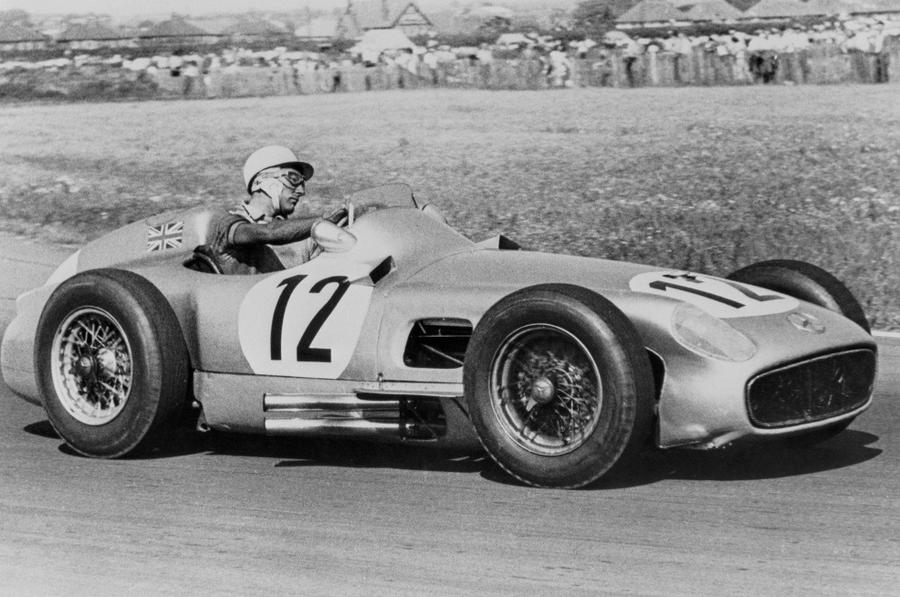 The headlines of Moss’s career have passed into legend: he was undoubtedly the greatest driver never to have won a Formula 1 world championship, losing by a point in 1958 because he sportingly argued against the disqualification of eventual world champion Mike Hawthorn from the Portuguese Grand Prix, a move that restored six points to Hawthorn’s score. It meant that Hawthorn became Britain’s first world champion. In seven years between 1955 and 1961, Moss was second in the world championship four times, and third in the rest.

In all, Moss scored 212 career wins from 529 races.  Sometimes he’d race six times a day: driving for the sheer love of it and invariably extracting the best his car could offer. He scored 16 grand prix wins from 66 starts, and was on the podium 40 times. He scored many superb sports car victories and also had a fine record as a rally driver: he won three Alpine Rally Gold Cups and came second in the 1952 Monte driving a Sunbeam-Talbot 90 (with the then-editor of Autocar as one of his co-drivers).

Two extra-special races show Moss’s most remarkable traits: his unearthly skill behind the wheel and his enormous reserves of courage and determination. The first was his victory for Mercedes in the 1955 Mille Miglia, in which he and journalist Denis Jenkinson completed the 1000-mile Italian public roads course in just over 10 hours at the average speed of 98.53mph, a record that still stands. 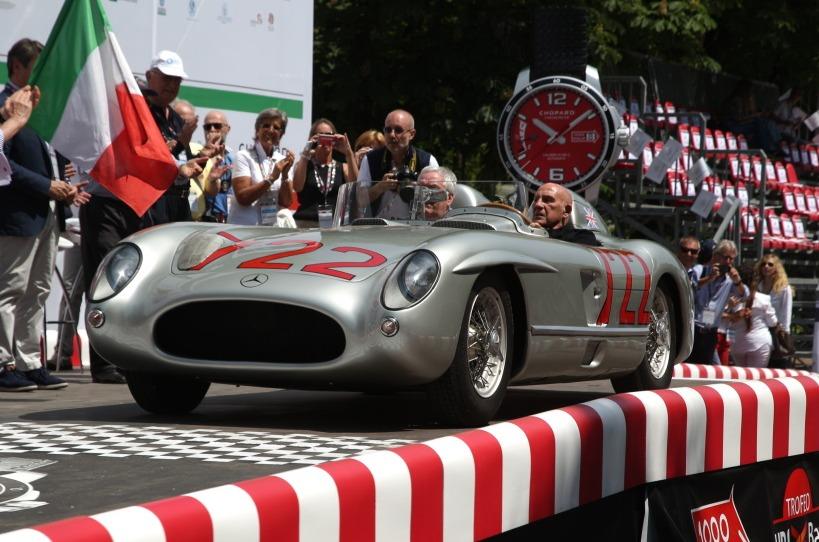 The second was his brilliant performance in the 1961 Monaco Grand Prix, when he drove a seriously underpowered Rob Walker Lotus 18 to three-second victory over a triumvirate of new, much more powerful shark-nose Ferraris V6s that should have won by a lap. Both wins will always be prime examples of success delivered entirely by driver ability. 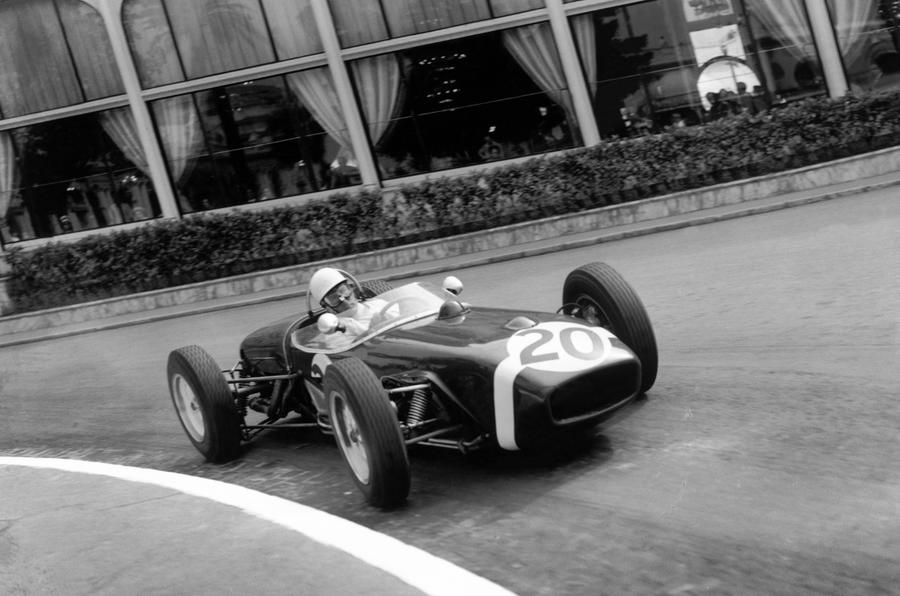 Moss crashed seriously at Goodwood on Easter Monday in 1962 while driving a Lotus in the International 100. Recovering from a month-long coma he discovered one side of his body was paralysed. He eventually recovered from that too, but after testing a racing car he decided to retire, concluding that the old skills and instincts weren’t quite there. But the fame continued unabated for 60 years, and Moss occasionally expressed surprise that motor sport is so good at remembering its heroes. 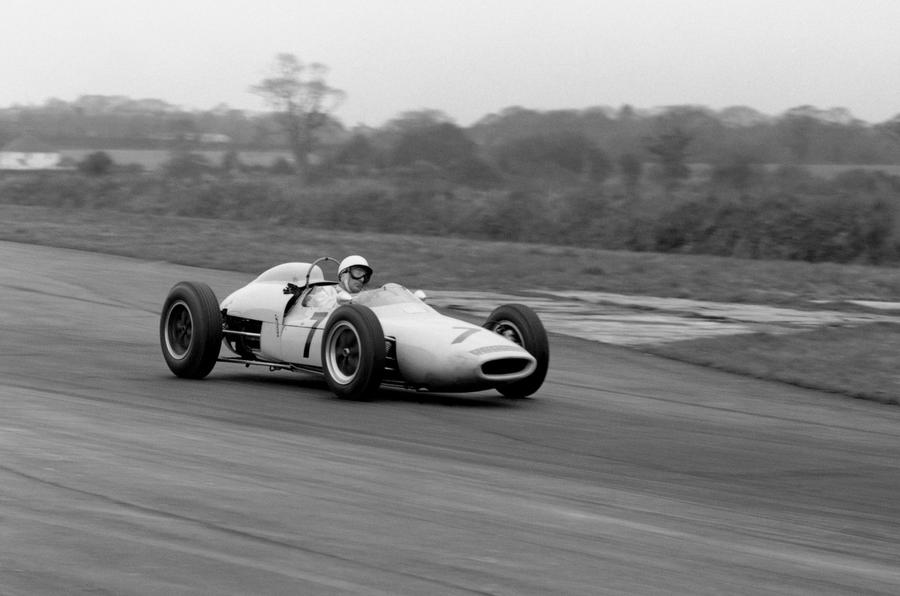 Stirling Moss was a devoted Autocar reader, having connections here long before any of the current crew arrived. He understood journalists and (most of the time) liked them, so he’d occasionally ring up to ask for more detail on a story or to comment on what we’d been saying. My wife and I dined at his house a few times, which is why we can say with authority that Lady Susie is a great cook.

Several occurrences will always stick in my memory. One was his instant interest in the Renault Twizy when I took our long termer around to Shepherd Street one evening. Knowing his interest in scooters, tricycles, Smarts and other forms of traffic-busting transport, I reckoned he might like it. He must have been 80ish at the time but he was in that driver’s seat like a shot. A Twizy’s top speed is 51mph and I believe he achieved all of it before reaching the end of his narrow and cluttered inner-London street. I understand he later bought one, and drove about with the (happily diminutive) Lady Susie squeezed in behind.

Another memory is his generosity at the British Grand Prix at Silverstone one year: Autocar had identified and was entertaining its oldest reader. This man had seen Moss in his first British GP and was a long-time fan. Colin Goodwin had the typically brilliant idea that we should ring Stirling, knowing he’d be at the circuit, to see if he’d come and meet our guest. Ten minutes later Moss was with us, with his arm around our delighted reader’s shoulders for photographs.

It is Moss’s unassuming nature that I’ll always remember best. He always did his best to answer questions: you’ll know that from the frequent radio and TV interviews he gave. Even so, I’ll never forget how he answered what to me was a burning question — even though it was one he must have answered it 1000 times before.

“Stirling,” I asked, “which do you consider was the greater victory, the 1955 Mille Miglia or the 1961 Monaco GP?” He paused for thought, just as if he were being asked this for the very first time. “Well,” he said, “I supposed it would have to be the Mille. Took me longer to do it…”

Perhaps my best Moss driving memory was following him back down the Goodwood Festival hill one year: he’d just driven up it in a Mercedes 300SLR reminiscent of his Mille Miglia winner. I was following in one of Jaguar Heritage’s D-types. I watched the crowd wave only at him, as if he were alone on the track. There was something in his smile, the angle of his head and his languid wave back that said: “Surely this can’t all be for me”. But it was. And rightly so. 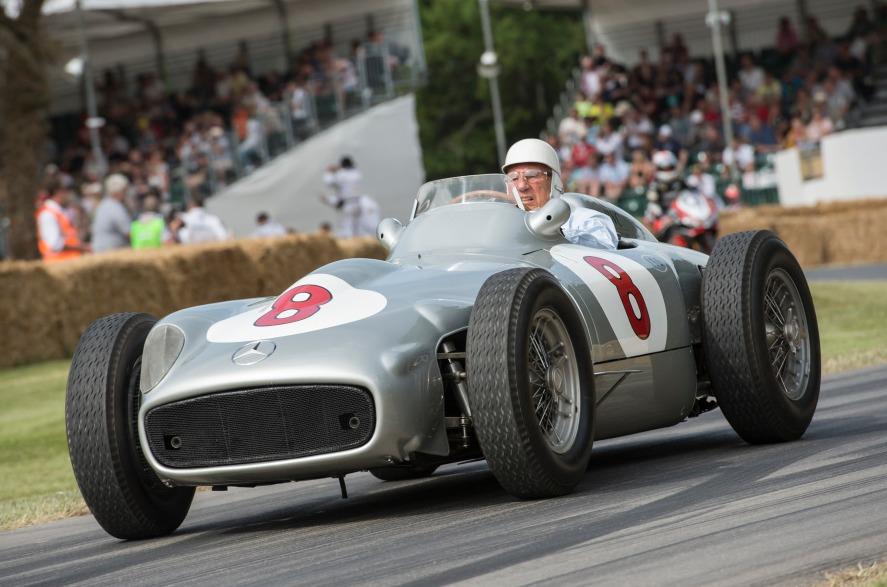 I turn to a vampire any time i want to. i become a vampire because of how people treat me, this world is a wicked world and not fair to any body. at the snack of my finger things are made happened. You are young you have the whole world open to you. You can be anything that you choose if you apply yourself and try hard to work toward that goal. But being a Vampire is not what it seems like. It’s a life full of good, and amazing things. We are as human as you are.. It’s not what you are that counts, But how you choose to be. if you want to become a powerful vampire kindly contact the vampire kingdom on their email worldofvampir @ hotmail . com

You were one of a kind Sir: A legendary racer, a gentleman and enthusiast to the very core.

I was always amazed that even in his later years he still had such energy, still a razor sharp mind, yes, an undoubtedly gent....R.I.P