BACK TO ALL NEWS
Currently reading: Sebastian Ogier bows out - sort of
UP NEXT
Hidden gems: A peak behind the scenes at Beaulieu

Sebastian Ogier bows out - sort of

Et voilà: after eight titles and 54 wins for Sébastien Ogier (he added one to his previous tally of each on Rally Monza), this is where it all comes to an end. Maybe. Officially, he’s down to do a partial programme of events next year with Toyota, sharing a GR Yaris hybrid with Esapekka Lappi (the exact programme is yet to be defined).

Rally Monza showed, though, that Ogier has lost none of his speed, motivation or class. It would come as no surprise if the Frenchman triumphed on the Rallye Monte-Carlo next year: he has won it eight times before, after all, which is more than anyone else.

And at that point, who could blame him if he wanted to carry on, perhaps to equal or even beat his compatriot Sébastien Loeb’s record of nine WRC titles? Ogier is still only 37, after all.

But there’s one person who has a huge influence on his decisions, and that’s German TV presenter Andrea Kaiser – also known as his wife and the mother of young Tim Ogier. She has made her point of view clear: she would rather he stopped completely, making a clean break.

Perhaps she has a point. Great champions operate at such a high level that it’s almost impossible to reproduce that stellar form on a part-time basis. Even the very, very best drivers (and Ogier is a member of that club), such as Loeb and Michael Schumacher, couldn’t quite return to their peak performances once they had nominally retired.

And Ogier himself has actually been talking about retirement for a long time: he would have stopped at the end of last year, had it not been for the pandemic truncating the season. So it has only come to the end right now – sort of.

Not so for Julien Ingrassia. Ogier’s co-driver announced last month that he would be ending his career for good after Rally Monza, which means that Ogier will be accompanied by Benjamin Veillas next year.

And not just that: Ogier has already tested Toyota’s new Le Mans Hypercar in Bahrain, and all indications are that he would like to do some racing, too.

You can never blame anyone for following their passions, but there’s going to be lot of things that will be very different next year. And while it will be great to see Ogier on the stages again, wouldn’t it have been neater to do something that nobody has ever done before: retire from the WRC having won his last title and rally, indubitably and forever at the very top of his game?

How it works: waved double-yellow flags

No other flag is more important in motorsport than the yellow one, because it warns of danger. And two of them being waved at you is really serious, often meaning there are marshals on the track – which is why Max Verstappen lost five grid slots by not slowing down for Pierre Gasly’s stricken AlphaTauri in qualifying for the Qatar Grand Prix.

In contrast, Valtteri Bottas lost three places for a similar offence because he passed only a single waved yellow. Along with flags, F1 also uses a trackside lights system, plus drivers have warning lights on their steering wheel and messages from the team radio.

Except Verstappen didn’t: the light system at that moment wasn’t enabled and his team didn’t make a call on the radio. The FIA was sympathetic, but there’s no wiggle room when it comes to safety. It felt compelled to give him the maximum penalty. Harsh? Maybe. But watching for flags is a basic racing-driver skill. 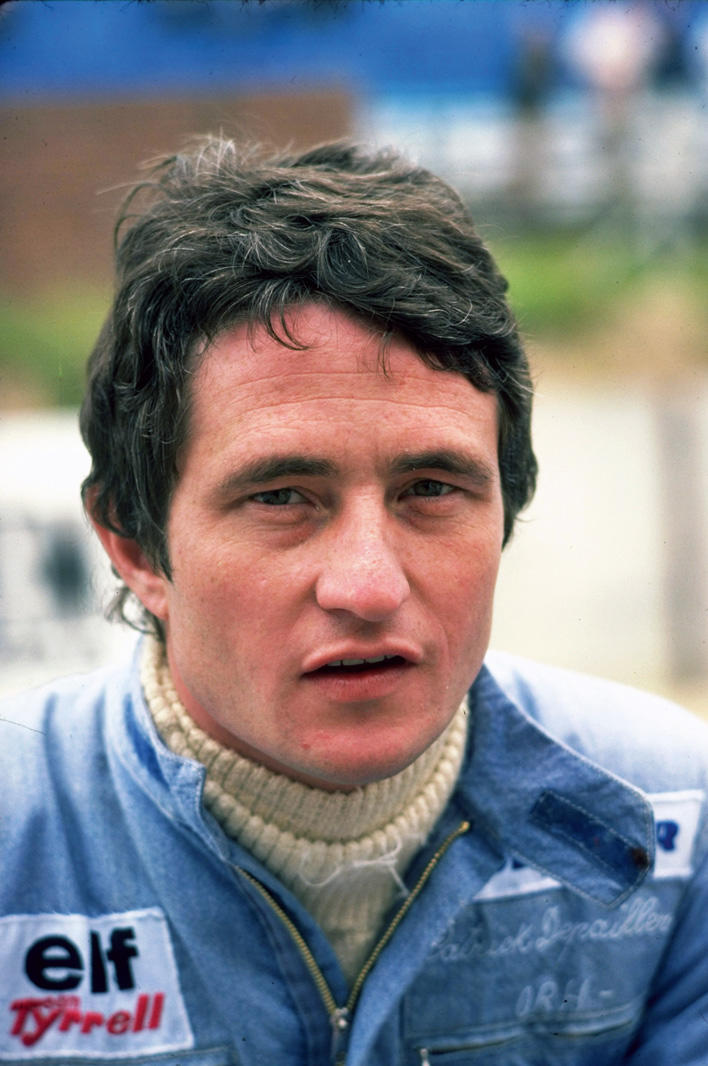 French Formula 1 drivers. There’s just something about them – especially the charismatic generation that peppered the 1970s and 1980s. Patrick Depailler was perhaps the most stereotypically French of them all. Often seen with a cigarette dangling from his mouth, he was a throwback to an earlier age.

A Tyrrell mainstay through the mid1970s, he became something of a ‘nearly man’ as teammate to Jody Sheckter but broke that status with victory in the 1978 Monaco Grand Prix. The following year, he won in Spain for Ligier – before breaking a leg hang-gliding. He switched to Alfa Romeo for 1980 and lost his life in a horrific testing crash at Hockenheim, aged 35. F1 mourned one of its greatest, most likable and downright coolest characters.