“Max? An excellent engine, powerful acceleration – some problem with the brakes.” That assessment of Max Mosley by ex-Ferrari racing director Marco Piccinini is among the best and most accurate of many pithy lines included in the new documentary film about the controversial former FIA president, who never did care to stop when he was in pursuit of something – or someone.

Do we need a feature-length film running to 1hr 32min on Max Mosley? Film maker Michael Shevloff, the man behind the excellent ‘1’ documentary on grand prix racing, certainly thought so. He says it took him years to convince Mosley. But once he had, the former barrister clearly embraced the concept as an opportunity to set the record straight – about pretty much every aspect of his colourful life.

‘Mosley: It’s Complicated’ includes interviews with other key figures in his story: Bernie Ecclestone, Flavio Briatore and even Hacked Off press privacy campaigner Hugh Grant. But at its essence, this is Mosley’s story in his own words. The film is expertly crafted, includes wonderful archive footage – of Mosley’s early life as well as his five decades in motor racing – and amounts to an attempt to control and change the narrative about a man who was left seething by the tabloid sex scandal sting in 2008 that, for many, has defined his life. As Mosley openly admits, it frustrated and angered him that an episode he viewed as no one’s business but his own undermined his life’s work, which apparently was centred around helping other people and saving lives – not antagonising F1 team boss and car executives. How noble. But that streak of altruism wasn’t always obvious.

The sex scandal cannot be avoided and, mirroring Mosley’s brazen refusal to be embarrassed by its revelations at the time, that’s where the film starts – before immediately switching to India where Mosley and acolyte David Ward are seen working on NCAP (New Car Assessment Programme) safety ratings to whip the country’s reticent car manufacturers into line. This is the real message of the film: how his dedication to holding car makers to account via the five-star rating system saved many thousands of lives. As the film’s melodramatic tagline puts it: ‘One life. It’s worth fighting for’. 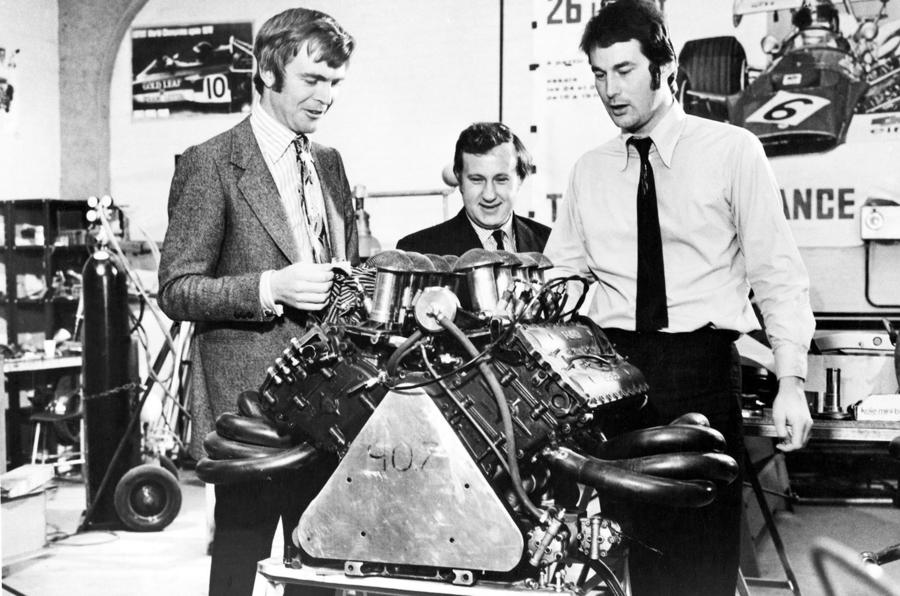 The NCAP crusade, the villainy of negligent car makers, how Mosley forced their hand, all in the name of saving at least one life… it’s ladled on thick. Mosley is earnest and sanctimonious all at once, while openly admitting a blatant contradiction that power was the true motivating factor that dominated his life . As the title says: it’s complicated.

One of the most fascinating aspects are the moments he openly discusses his childhood as the son of British fascist leader Oswald Mosley and Nazi-sympathising socialite Diana Mitford. He ruminates on the complex relationship he had with his father, a long shadow he could never “escape”. There’s revealing footage of a young undergraduate Max punching protesters after his father is knocked to the ground at a political rally in 1962, for which he faced charges and was cleared after representing himself. He justifies his actions, as he did on everything, with the clear and logical reasoning of his brilliant barrister’s mind, which could have driven him into true power as a cabinet minister in government, had his parentage been different. He says so himself, and it’s one point that’s hard to argue.

Instead, he found his place in motor racing and the evocative archive captures his journey from enthusiastic (if limited) racing driver; to co-founder of the upstart March team, which won three of its first four F1 races in 1970; to arch disruptor with like-minded comrade and friend Ecclestone; to the ultimate rebel-turned-establishment figure during his near 20-year reign at the FIA. It was the aftermath of Ayrton Senna’s death that set him on a path towards saving lives on the road. When he looked at the car industry for guidance on how to fix safety in F1, he was appalled by what he found – or, more accurately, what he didn’t, in the standards and prevalent attitudes. The Rover 100 doesn’t come off well. 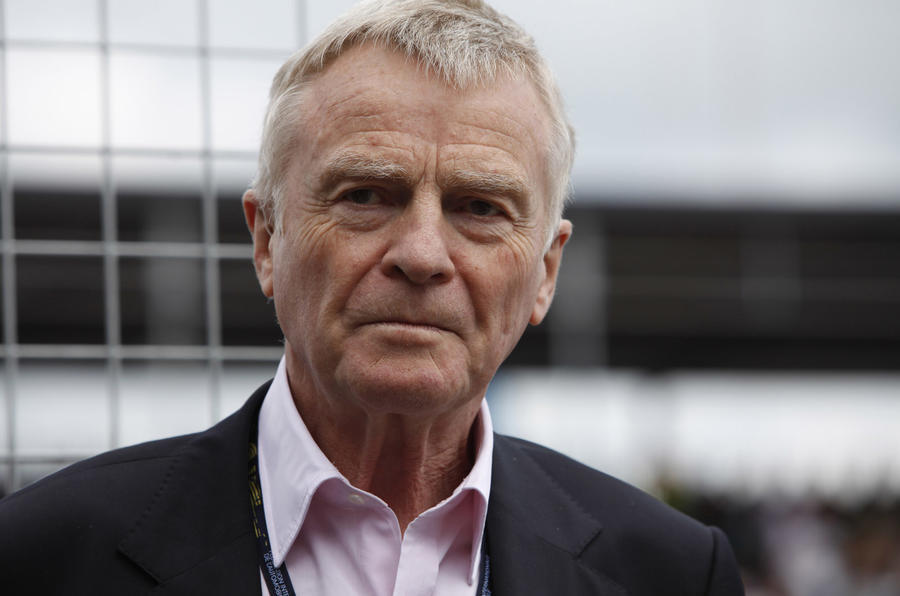 He keeps a straight face as he speaks about all he did to guide F1 through the Michelin tyre scandal at the 2005 US Grand Prix, perhaps F1’s lowest ebb, then on to the McLaren-Ferrari ‘Spygate’ scandal in which Ron Dennis was humiliated and McLaren almost driven from the sport. Then at times that mischievous and juvenile titter breaks cover…

Then it’s back to the sex scandal, the subsequent pursuit of the “gutter press” and his defeat of The News of the World and Rupert Murdoch. As Hugh Grant says, you wouldn’t have wanted Mosley as an enemy. And perhaps most remarkably of all, Ecclestone admits the “greatest regret of his life”: that he didn’t back Mosley in the face of pressure for Max to resign his FIA post. Their friendship recovered, but it was strained. There’s also a glimpse of genuine (and rare) emotion in Mosley, when he discusses the death of his son Alexander from a drug overdose – just a year after the sex scandal broke.

That Mosley isn’t here to see his film released is the unspoken postscript. The 84-year-old died of cancer on 23 May this year. It’s sad, too, that some of those interviewed for this film, long in its gestation, have also been lost before its release: old university friend and March co-founder Robin Herd; much-missed FIA technical boss Charlie Whiting. But it’s Mosley’s absence that gives the film a strange, almost ghostly resonance.

As the credits roll, Mosley is asked to name his three suspects from F1 who he believed might have tipped off the News of the World. He won’t – but his response about how he is “quietly” working to find out which it was is a suitably sinister note to finish on. A fine piece of work, then, even if we must beware of Mosley’s agenda at every turn – and it’s too long. But like the man himself, it’s never less than engaging.

Max Mosley: a man who knew how to get what he wanted

Bernie Ecclestone on the future of F1, dictators and Elon Musk​

Log in or register to post comments
jason_recliner 18 July 2021
Looking forward to not watching it.
Peter Cavellini 18 July 2021

289@, Sounds like you knew him personally?, whom do you regard as top people?, do you know or care about what they got up in their lives?, some of Britain's greatest people had or did in there private lives, did it matter then?, maybe it's because today we have access through how connected we are today?,can't cover up, stop shutterbugs with long lenses taking images when your not at your best, would the public like there lives put up on media?

I am surprised that he was reticent about the making of this film. I would have thought his massive ego would have loved the attention.

I suppose I shouldnt be too harsh on the shortcomings of Mosley, he was after all the progeny of two of the most objectionable individuals to walk this green and pleasant land in the 20th century (effectively traitors after all). I would rather that the whole Mosley episode was quietly forgotten rather than raking it all up again as a movie.

The S&M episode neither worries or surprises me.....no more than I would expect from a man with this sense of entitlement who was secure in his mind that he operated on a whole higher level than the rest of us.