BACK TO ALL OPINION BLOGS
Currently reading: Max Mosley: a man who knew how to get what he wanted
UP NEXT
Remembering Clive Sinclair and the launch of the C5

Max Mosley: a man who knew how to get what he wanted

“Before we get into that, would you like to know what his first words were when he regained consciousness?”

The voice on the other end of the phone was Max Mosley, a man with whom I talked semi-regularly in the late 1990s and 2000s through journalistic roles covering a variety of motorsports encapsulating Formula 1 and World Rallying through to karting and more.

As the chuckles intensified, I knew that I was to be caught out again. Mosley, the president of the FIA yet in so many regards unpresidential – not least in his approachability and open, unwavering relish of both gossip and a decent argument – had me sussed. I had rung to discuss a potential safety shortcoming and was about to be sidelined by a detail that I couldn’t resist.

Mosley roared, and I have to confess that I tittered too, even though it was now impossible to take the moral high ground over track safety in the wake of Luciano Burti’s F1 career-ending crash in which he hit the tyre barriers at around 180mph after clashing with the aforementioned Ulsterman (who at least had the decency to leap from his car and lift the tyre barrier off the Prost driver’s head).

As Mosley had no doubt calculated long before, it was now out of reach for me to steer the conversation away from this inside revelation back to any hard-hitting discussion on the shortcomings of safety regulations.

And that was the point with Mosley. Love him or hate him (and most people did one or the other), he rarely failed to get what he wanted out of a situation. It was a mindset that in many ways made him an effective leader during some of motorsport’s most turbulent years, not least after the deaths of Roland Ratzenberger and Ayrton Senna in 1994, and in others made him - to put it kindly - utterly infuriating for those who fell on the wrong side of his will. 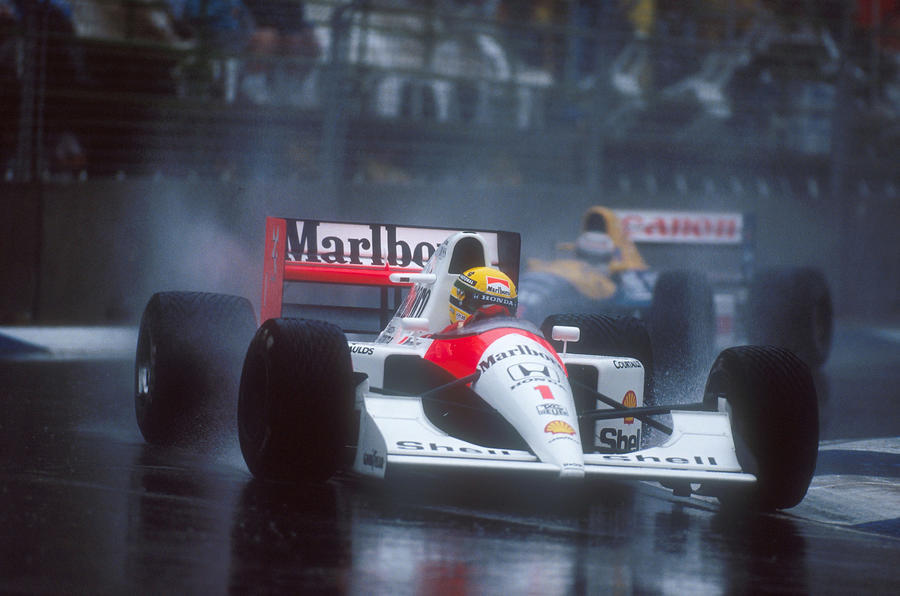 I was there at the FIA headquarters in 1999, for instance, when he and his team exonerated Ferrari for running illegal bargeboards in the Malaysian Grand Prix. I still remember standing in front of him, jaw-hanging, asking him to explain again how it could be that the bargeboards could be beyond the allowed dimensions by every rational measure yet still be declared legal.

“It’s quite ingenious, really,” he smiled, demonstrating how tilting the board on an angle altered the planes by which it was measured, shrugging as if he too could scarcely believe it, brushing away any suggestions that keeping the title fight with McLaren alive to the final race of the season could in any way be a motivation.

Was that decision ever in doubt? Who knows, but I was sat a row behind Autocar’s Alan Henry as I wrote up the story. “Ingenious?” he muttered as he filed for a third or fourth outlet as I finished my first summary. “Damned convenient, more like!”

There were times when Mosley's love of a verbal or mental fight appeared to know no bounds. I have a distant memory from, I think, 2001, of standing in Monte Carlo of the eve of the World Rally Championship’s season-opener in a media huddle going toe to toe with him and asking him to justify the latest set of regulation proposals. In truth, Formula 1 was his sport, and while he fended off all comers, he ended up contradicting himself on a note of detail. I pointed this out to him on the spot. “I can see why you're saying that, but of course you have to understand…” and off he went, highlighting why I was wrong.

It’s hard to follow any argument, let alone one made by an accomplished legal brain while trying to write down the words, so I left it there. It wasn't front-page news. The group broke up, but as he stepped away, Mosley lent in towards me. “You almost had me there…” He could have conceded more openly, but no way was he going to accept defeat in front of everyone. Pity the poor souls who had to fight him on more familiar grounds.

Of course, that attitude led him into many more battles, related to motorsport, motoring - most notably through the creation of Euro NCAP, which of course gave him a stage from which to wage war with the car makers, advancing safety for everyone as he did so, and otherwise. I would be untrue to myself if I wasn’t clear that I have a huge amount of disquiet about some of the former, particularly the seemingly insatiable relish with which he went after Ron Dennis - a man who I would rate as the most principled and honourable I have met, albeit sometimes conflicted as a result - and McLaren during Spygate in 2007. In a sport where a will to win is everything, it was sometimes evident that he wanted to win even more than the competitors themselves.

My suspicion is that Mosley would have been the same whether he ran motorsport or his local country club. Or, maybe, if his family heritage had allowed, perhaps even a country. Driven by that towering intellect, he caused - relished, even - conflict wherever he went, always confident in his ability to emerge from it the victor.

Those writing his epitaph now will no doubt be torn by the contradictions left behind with which they must judge him more fulsomely but, as I hope these offbeat recollections highlight, his essence was as a man who knew how to get what he wanted, no matter the consequences.

I've personally never liked him by way of his actions in the governance of motorsport. Killing Sports Car Racing, killing Rallying etc., all for the promotion of F1. But not so long ago a track driving instructor told me a story that was quite heart warming: The instructor at the time was a young man working at March Engineering ( Max's racing car construction company ), the young man was leaving work to go off on a "hot date" with his latest girlfriend, he was outside the factory kicking the life out of his motorbike, that simply wouldn't start, Max walked up to this "ball of sweat" and asked what was going on, and the young man explained his situation , to which Max said, "here are the keys to my BMW 2002tii, take it, but bring it back damaged and there will be hell to pay" . So perhaps not all bad ?

Overseer of many a Grand Pricks.

Egotistical tosser, with a penchant for the bizarre.

Between him and Bernie, their ego's screwed motorsport....as was said....got what he wanted not what competitors and fans needed!

I expect there will be much heat and latex where he is going.