BACK TO ALL NEWS
Currently reading: Up before the judges: meeting BTCC's decision-makers
UP NEXT
New Porsche infotainment system destined for entire line-up

Up before the judges: meeting BTCC's decision-makers

The BTCC is known for argy-bargy on track, but that doesn’t mean it’s a free-for-all. We meet the men who keep law and order – and a couple of past defendants
Share
Open gallery
Close

The British Touring Car Championship’s best-known calling card is its door-handle-todoor-handle racing. Sometimes it spills over into full-on contact, and the crowd and the TV audience love it.

But far from being the free-for-all that many casual observers might think it is, the measures put in place by the officials in Britain’s leading tin-top series to keep the action clean put most international categories to shame. There are rules of engagement, and each driver knows them. Not only that but also there’s a ‘spy in the cab’: each car has a specially mounted camera sitting just behind the driver’s shoulder.

The officials also have access to all the data traces from each car: steering angles, throttle application and braking – and can even tune in to any radio transmissions they deem necessary. Rear-facing cameras will be added to their arsenal in 2021, too. Penalties meted out range from a slap on the wrist to an exclusion from the entire championship.

The drivers in the BTCC are probably the most scrutinised in any form of motorsport. They might plead innocence after a shunt, but there’s nowhere to hide. Once the dust settles and the engines are switched off, a driver lives in fear of the call to ‘the bus’. It’s like being called to see the headmaster at school when a ticking off is (almost) inevitable. 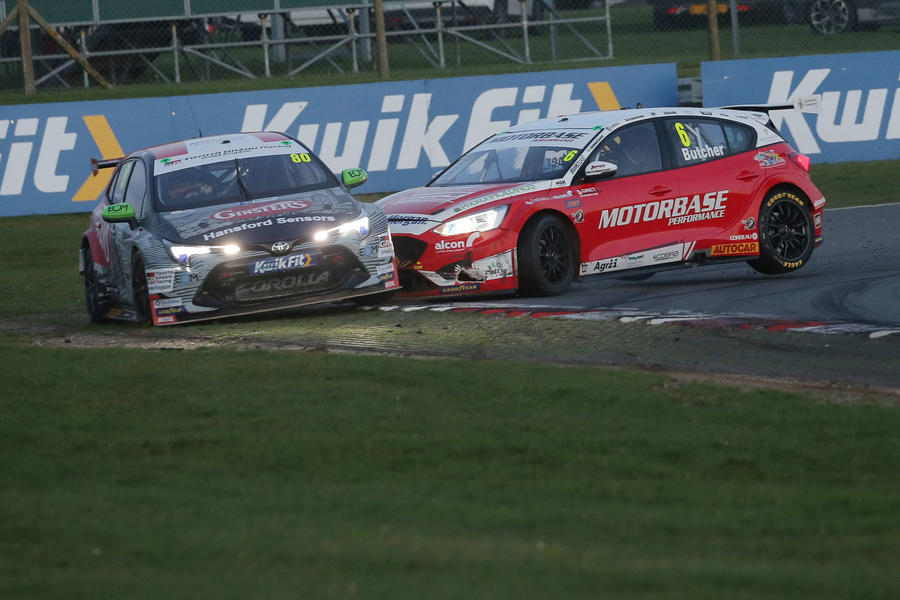 The BTCC race-day headquarters is a luxurious converted coach, but if a driver is summoned to the upstairs office, this is where they will have to explain themselves. It contains a video screen, the clerk of the course, the deputy clerk of the course and the driving standards advisor.

There are three main ways a driver can be in hot water. The first is if a rival is upset about a move, they can go to the officials and register a complaint. Clerk of the course Ian Watson can receive information from trackside marshals’ post chief and then there are the ITV4 cameras that capture each race live. When Watson, who has access to the feed of every camera throughout the race, thinks an incident is worthy of investigation, the process begins.

If it’s a simple two-car incident, there are occasions when drivers can rectify a transgression themselves. There’s a provision within the rules that a racer can surrender any advantage that might have been gained unfairly at their own discretion, so long as it is done within one lap of the incident. While this would be an easy fix, some still prefer to race on and argue their case later, rather than give up what might be a fairly won track position.

Once a penalty has been handed down, a driver may appeal to the stewards – at a cost. The independent body, made up of three people, will then consider the case again. If the driver is successful, the penalty is rescinded and the money returned. If not, the money is forfeited and the censure stands or can be increased or decreased. There’s further recourse to a national governing body court beyond that.

Clerk of the course

Ian Watson makes the crucial calls during the race and heads the disciplinary hearings. While the TV cameras focus on the most intense battles, there are usually dozens of other incidents for him to consider, and this is where race control’s multiple screens and the marshals’ post chiefs play their part. 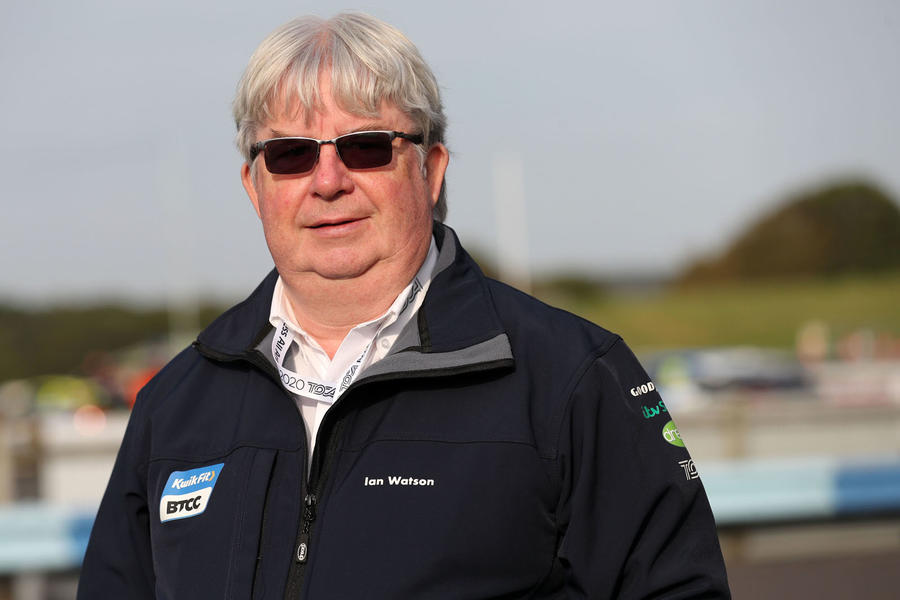 Watson explains: “Thirty minutes after the end of any race, there’s a 15-minute window where people can come to us and make a complaint. There’s a bit of breathing space there to give the drivers a chance to cool off. There are also other measures in place where an aggrieved party can make an official complaint and lodge a fee within those 30 minutes.”

After the race, Watson assembles his team and they go through the incidents that have been spotted. They take a preliminary look at the ITV4 feed and the on-board footage and decide if there’s a case to answer. Anything deemed likely to change a result is usually dealt with first. The driver is called to account in front of Watson, his deputy Dave White and driving standards advisor Jeff Allam. Then a penalty is decided on and, if needed, handed out.

“When they get particularly stroppy with a call we’ve made, you just have to take that on the chin,” says Watson. “Some are worse than others, but in the main they will fight their corner. But if people try to explain themselves to me rationally, they’re probably going to get a better hearing than if they rant and rave.”

Watson says the level of scrutiny in the BTCC is forensic, with multiple angles for the clerk to assess any incident. “I couldn’t do the BTCC without the cameras we have,” he says. “We have a very thorough system and don’t jump to decisions.”

This is the ultimate role for a former poacher. The gamekeeper is present at each round, and the position has been held by 16-time BTCC race winner Jeff Allam since 2011. Allam, who will retire from the role at the end of 2020, has heard every excuse there is and has a back catalogue of his own. He knows when a racer is trying to pull a fast one. 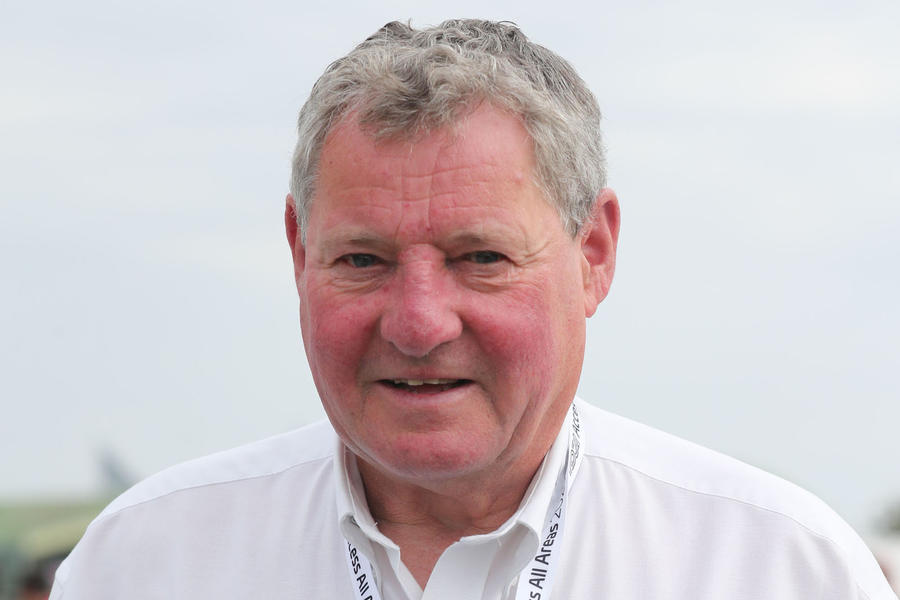 Allam says: “The first thing I look for in the drivers is honesty, and if they aren’t honest about an incident – and take into account that we’ve seen the on-board camera – I know they’re half-guilty already. If a driver admits it and understands what they have done, then that’s the first step. You try to be more sympathetic. When they lie, you have to go down the road of proving that they were wrong.”

While BTCC action is captured fully by the cameras, there are many different subtle ways of putting a rival off their stride that can result in action being taken. Allam adds: “The big one we deal with is push to pass [where one hits the back of the car ahead]. I know what goes on and they can’t pull the wool over my eyes.

“You generally find that the top guys who are chasing the championship rarely get into hot water, because they’ve read the rulebook. It’s the guys in the midfield and towards the back that cause the most problems.”

Although not involved in this year’s competition, 26-time BTCC race winner and 2013 champion Andrew Jordan knows the discipline process as well as any other driver.

“You normally know what it’s about,” he says, “so on the way there you’re trying to think of your story if you think you might be in the wrong.” 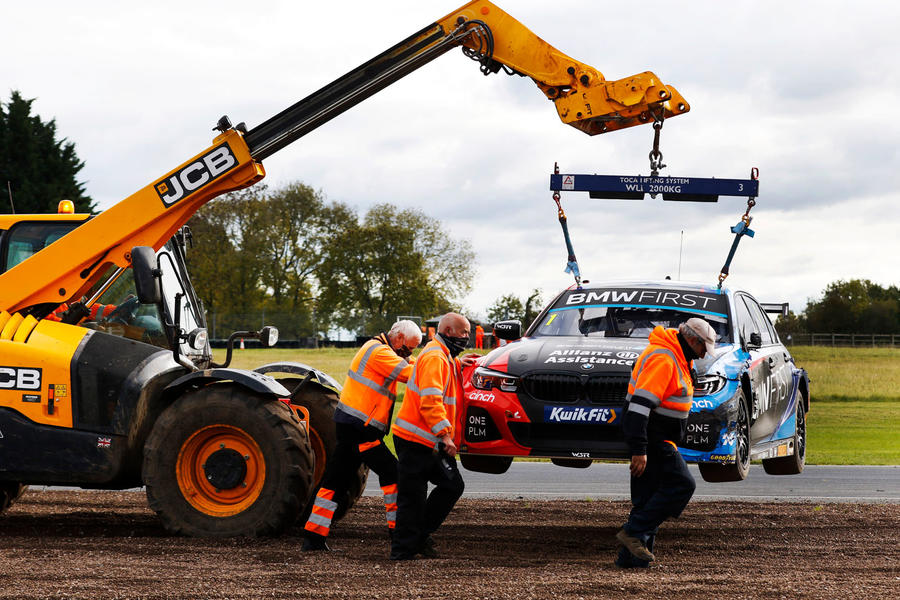 The driver’s recall is tested to the extreme when they get to the office. Sometimes recollection in the heat of battle can be hugely different to what was seen from outside the car. “It normally goes one of two ways: it goes exactly as you thought it did or it looks completely different,” admits Jordan. “If the incident looks different, you start to try to bulls*** your way out of it or – what I felt was best in most situations – you hold your hand up and tell them that you screwed up and hopefully they will be a bit more lenient on you. But that doesn’t normally work…

“They ask you what you think happened, then they let you watch the on-board footage that they’ve collected. Ian Watson will give you a look which you can tell means ‘that didn’t look anything like you said’ or one that says ‘I see your point’.”

But it’s not just Watson who makes the call, and Jordan says the role of driving standards advisor Jeff Allam is one that gives the process a more robust angle. “Jeff’s role is crucial, and they need that because, with the greatest respect, a lot of people who haven’t driven don’t necessarily know what goes on,” says Jordan. “They can see something and it can look quite black and white but, from a driver’s point of view, there are other things that are easy to overlook.

“Something might have happened two corners previously or you might have dirt on your tyres. If there’s someone there who has been in that position on the track, at least you can put an argument across from a driver’s point of view.”

Alongside the driver in front of the panel, a representative of the team also gets called to account for any incident that might have taken place. Some send the engineer, but in most cases it will be the team principal.

Speedworks Motorsport boss Christian Dick has been part of the BTCC since 2011. He explains: “The footage that they have access to has the basic information on there, like a throttle and brake trace, although they can look at more if they want to by requesting it.” 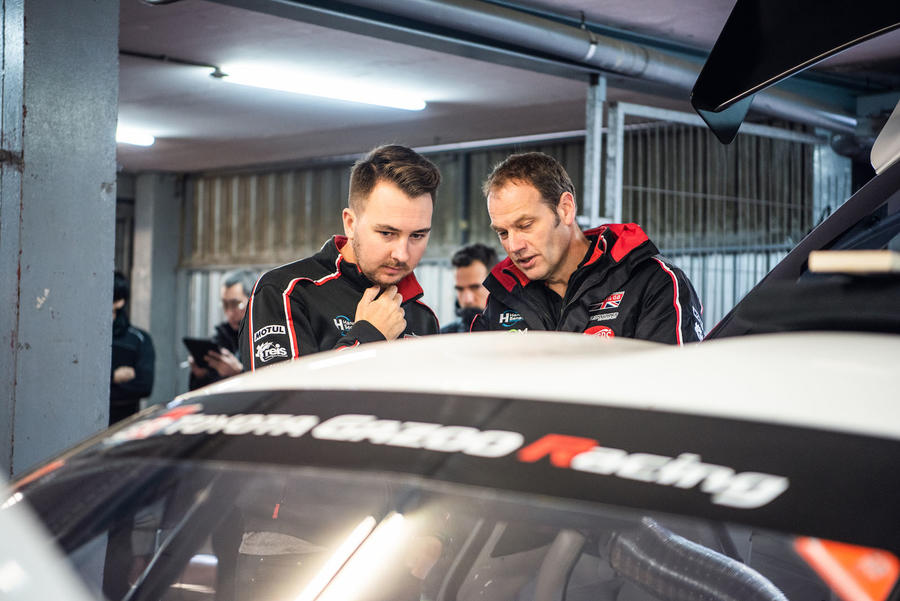 The principal is relying on the testimony of the driver, and the justice process is rapid. Quite often a racer will still be pumped with adrenaline as they have to sit and relay the story to those closest to them before they step into the dock.

“A driver, even if they are in the wrong in an incident, will recall nine times out of 10 that they are innocent,” says Dick. “Sometimes when you’re up in the bus and you look back on it, it’s not quite how the driver has recounted it to you…”

So the team representative has to be able to think on their feet. Dick makes a note of any evidence and brings a copy of the rulebook. The team staff and drivers have just as much access to the regulations as the officials; the system is transparent.

“Every time we’ve been penalised, it’s unfair,” jokes Dick. “But you have to take into account that there’s so much data to look at. The decisions reached up in the bus aren’t just the decisions of just one person. Those guys are very experienced and have seen a lot of incidents over the years. They’ve heard a lot of excuses, too. You’re not going to teach them anything new, no matter how you approach it. While you might not agree with the outcome and result, you have to accept it and respect it.”