BACK TO ALL NEWS
Currently reading: Driving Stirling Moss’s Sunbeam Talbot
UP NEXT
Tesla achieves best quarter on record with Q3 performance

A saloon better suited to the needs of a well-heeled bank manager was rallied three-up by Moss. We climbed aboard at the Goodwood Revival
Share
Open gallery
Close

Stirling Moss’s antics on the Monte-Carlo Rally were a far cry from the flat-out drama of the Mille Miglia. But still his three successive attempts on the world’s most illustrious rally between 1952 and ’54 should never be overlooked – especially as he finished a remarkable second at his first attempt.

At the Goodwood Revival last weekend, Autocar tasted a small morsel of Moss’s rally experience when we drove the car – suitably nicknamed ‘Monte’ – that he hustled to sixth place in the middle year, 1953. Sixty-eight years later, here we were, four-up and feeling immense pride in taking our place in a huge parade of Moss-related cars gathered to celebrate his life, at the first Revival to take place since his death last year at the age of 90.

Stirling’s younger sister, Pat, became the more prominent rally driver in the Moss family, but before his Formula 1 career really took off in the mid-1950s ‘The Boy’s’ Monte exploits and those on the gruelling six-day Alpine Rally added lustre to his growing ‘all-rounder’ status. On the Alpine, run each July, Moss notched up a hat-trick of penalty-free runs, making him one of only three drivers to earn a Coupe des Alpes – or Gold Cup. Beside the 1955 Mille Miglia win and his roster of heroic F1 and sports car successes, it’s a relatively unheralded but still significant achievement – especially as the 1954 rally, run in unseasonal and atrocious weather, was so tough it actually made him cry. Not the sort of behaviour you’d expect from stiff-upper-lip Stirling Moss.

The rallying adventures were instigated by Norman Garrad, head of the modest competition department at Rootes Group, of which Sunbeam was a part. Moss accepted £50 to have a crack at the Monte and beyond the fee was drawn by the strict discipline imposed by the rally rules that mandated accurate average speeds over outright pace in those days. He loved a competitive challenge whatever shape it took and never did anything half-heartedly, which perhaps explains that second place in 1952.

On each occasion, Moss chose to run three-up, considering the weight a worthy compromise for the extra manpower he might need to manhandle his Sunbeam out of ditches in the event of any misdemeanours. His crew was made up by Desmond Scannell of the British Racing Drivers’ Club and John Cooper. Not that one, the other one: journalist for The Autocar. And it’s that link that led today’s definite article-less Autocar to be invited to drive the delightful ‘Monte’ at the Revival. 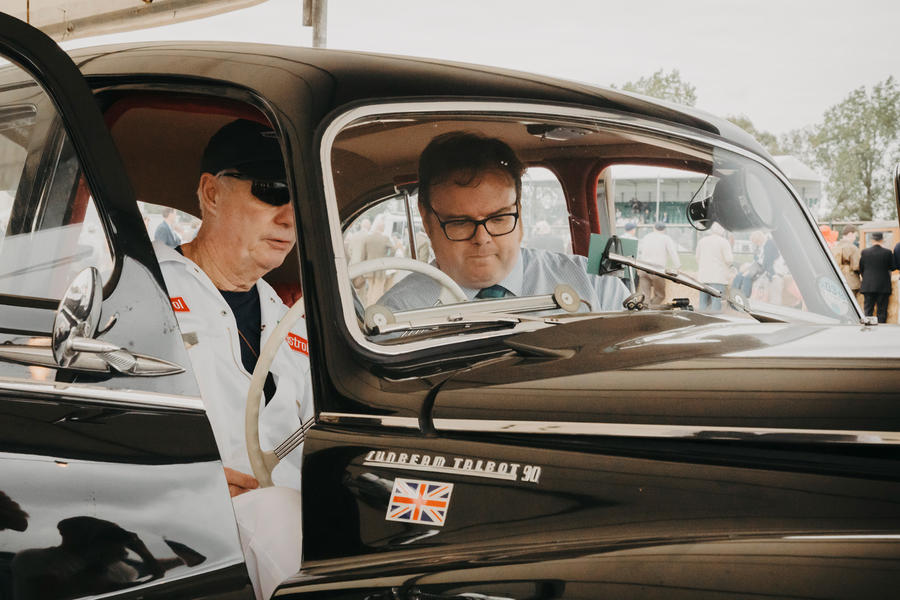 The car has a story to match its charm. From carrying Moss and co to top-six respectability on the Monte, this Sunbeam Talbot 90 2A found itself towing pigs to market for its subsequent owner, who then in 1967 confined it to a barn – where it rested until 2006! Master clock repairer Peter Lancaster liberated the car, striking a deal with the late farmer’s family before the Sunbeam Talbot Alpine Register took a butcher’s (sorry) – and realised precisely which car he’d found. For what turned out to be a bargain price, Lancaster had discovered a rare and precious jewel. Anything driven by Moss… well, it matters, doesn’t it?

Lancaster restored the car over two years in a perfect manner, preserving its period charm as such cars deserve. He was delighted to reunite Moss with ‘Monte’ at the Revival in 2009 as Goodwood celebrated Stirling’s 80th birthday and showed the great man a photo of the car in its barn-find state. “I left it looking better than that,” he quipped.

Sadly, Peter Lancaster passed away in 2016, but today the Sunbeam remains under the care of his wife Sarah, who hopes ‘Monte’ will one day find use as a wedding car for her three daughters (no pressure, girls). At the Revival it behaved impeccably, starting on the button under the care of mechanic and Sunbeam enthusiast Derek.

The stalk gearshift took a little getting used to, requiring a clunk forward and down for second (no need for first). “It’ll jump out of second if you don’t keep your hand on the stalk,” said Derek, which it did. But once progress had been made up to fourth gear, it motored happily towards the rear, looking perfectly at home in its illustrious company, but four-up this time with Lancaster family members soaking up a delightful and emotional experience in Peter’s pride and joy. 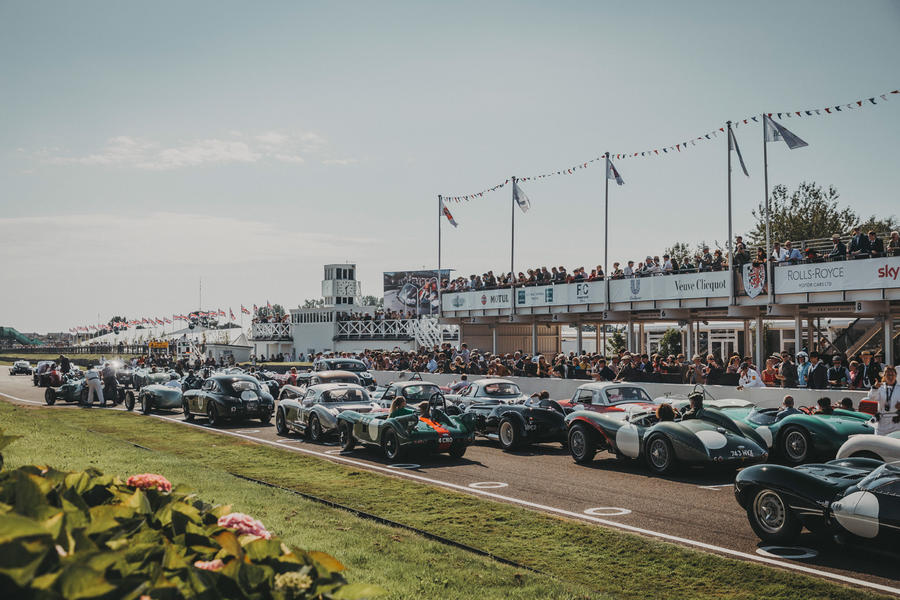 Up at the front, Moss’s Mille Miglia-winning Mercedes-Benz 300 SLR rightly took the spotlight, for one last time before it is retired forever to a static and silent existence in the company’s Stuttgart museum. By contrast, ‘Monte’ has a much more suitable and active future to look forward to, as a perfect tribute to its famous first driver. If you know, you know and the Sunbeam received plenty of enthusiastic attention at Goodwood from knowledgeable admirers who understood its significance.

It was an honour for Autocar’s distant links to the car to be revived on a special occasion that will live long in the memory.