BACK TO ALL NEWS
Currently reading: How Amazon's data is helping F1's new 2022 rules
UP NEXT
Hope for Bloodhound LSR project as sponsor talks start again

We have spent so long talking about data cores, design iterations and aerodynamic cells that I just can’t help myself. “Would it not just have been easier to tell everyone to create a bunch of Lotus 72 replicas, and then we could have had the best season ever?”

Rob Smedley, on the other end of the call, allows himself a chuckle. The sort of chuckle a teacher reserves for when a primary school pupil suggests getting Batman in to solve everything. “That’s a nice idea,” he politely demurrs. “But let’s look forward, not backward, eh?”

Smedley, a former race engineer for the likes of Jordan, Ferrari, and Williams (infamously delivering the “Fernando is faster than you. Confirm you understand” radio message to Felipe Massa at the 2010 German Grand Prix) is these days head of data systems for Formula 1 itself.

That’s a bit of a dry-sounding title for a man who, like his boss Ross Brawn and colleague Pat Symonds, has become one of the ultimate poachers turned gamekeepers. Having spent half a lifetime trying to find his way through the grey areas of the F1 rulebook, the man from Middlesbrough is these days helping to shape that very same book and is using immense computing power to take the grey areas out.

Smedley has been hard at work creating the new aerodynamics rules for F1, which will be enforced from the start of the 2022 season. The idea is to use a partial return to ground-effect – drawing downforce from under the car – and clever front and rear wings to allow cars to race more closely together. Fix the aero, goes the theory, and you can make F1 great again.

To do that, Smedley has been using a super-computer, albeit one that doesn’t physically exist. Instead, F1 has turned to Amazon Web Services (AWS), which through ‘the cloud’ can tie together multiple computers to form one gigantic, and hugely powerful, virtual computer. 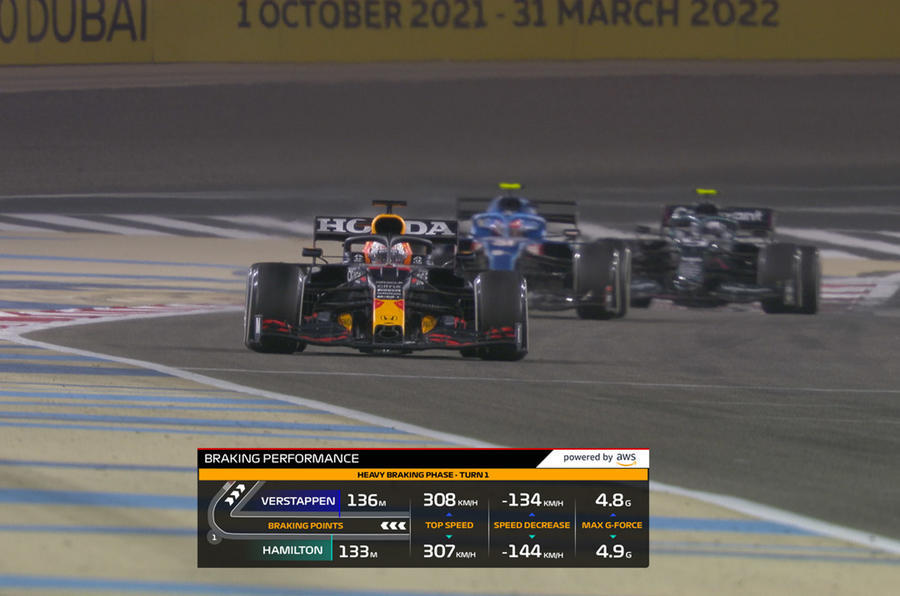 “When you’re developing something, the whole point is that you want to fail faster, so that you can get to the right answer. You’ve got to have the infrastructure and the architecture that allows you to do that, to get through all the wrong answers quickly. So AWS was key to that, allowing us to run through simulations and models very, very quickly. So we got the time down from four days to about eight hours for each design iteration.”

The design iteration that Smedley is talking about is not just coming up with a shape of car, it’s about using computational fluid dynamics (CFD) to create a virtual wind tunnel in a computer, mapping and predicting every molecule of air flowing over the surfaces. The plan is to take the turbulent air coming off the back of one car and deflect it upwards and away from a car following behind. Do that, and you can increase the potential for overtaking and wheel-to-wheel battle.

Some, such as fellow ex-Jordan man Gary Anderson, have questioned the design of the new aero pack, revealed in concept form at the British Grand Prix, saying that it won’t do enough to help, and that the fast teams will stay in front.

Smedley is trying to combat that, too, teaming with Symonds (formerly of Benetton and Renault) and Jason Somerville (ex-Williams) to ‘stress test’ each design, to try and shut down areas that might give one team too big an advantage. Smedley says: “We took the design, and gave it to our aerodynamicists group, and said: ‘You’re all ex-team people. Take this rule-set and try to exploit it, to find the grey areas.’

"Then we’d go back and tweak the rules and the design again to reflect that. I’d say it was about 50:50 coming up with the rules and designs, and then stress testing them. We won’t get it 100% correct, but we can keep tweaking it using the sporting regulations and the governance of the sport, and keep it all pointing at the right thing, which is trying to grow the fan base of the sport.”

Under the skin: why reducing lift and drag requires under-cover policing

Why was Extreme E coverage refreshing? A lack of jargon

The problem I see with this is that Brawn, Symonds and Smedley are assuming they are cleverer than Newey and his ilk. I suspect they are wrong on that count and that better minds at the big teams, will cleverly circumvent the regulations anyway.

This will inevitably mean constant tweaking of rules and protests, which is pretty much what we have now. While there is some intrigue in all this technical wrangling for the committed enthusiast, I don't see the appeal to the mass new young audience that they are hoping to attract. They want exciting open racing, which is exactly what the likes of Ferrari, Red Bull and Mercedes don't really want. They want to dominate.