BACK TO ALL NEWS
Currently reading: Haas it come to this? Gunther Steiner on F1 team's bright future
UP NEXT
New 2021 Range Rover leaks ahead of reveal next week

Haas it come to this? Gunther Steiner on F1 team's bright future

Haas may be rooted to the back of the Formula 1 grid, but its future is looking brighter than ever, as team principal Steiner explains
Share
Open gallery
Close

Guenther Steiner has had the toughest job of any Formula 1 team principal this year. His Haas squad has the slowest car and at the time of writing is rooted to the bottom of the constructors’ championship with zero points, which in most seasons would represent unmitigated disaster. But this is no ordinary campaign for Haas, which effectively gave up on 2021 to focus on next year’s dramatically overhauled technical regulations.

“Transitional,” interjects Steiner in his distinctive Tyrolean accent, which has been made famous by his cult role in Netflix’s documentary series Drive to Survive. It adds up to the same thing and, counterintuitively for such a competitive sport, is absolutely the right move. The eruption of the pandemic early last year created a unique set of conditions that Haas reacted to pragmatically, initially suspending development of its 2020 car amid uncertainty about what income could be expected that year with the F1 season indefinitely suspended. The team then committed to making the bare minimum of changes to that machine to meet the lightly modified regulations for 2021.

“It’s the only decision that made sense, because if we had started to spend money on this car, we would have made little progress and compromised the future,” says Steiner. “The car was pretty bad in 2019, and in 2020 we didn’t develop because the coronavirus came, the regulations changed a little bit and we weren’t fully staffed any more, so the wind-tunnel work was non-existent.

“So not only would we have made little progress with this year’s car, but also we would have compromised the future. And the future isn’t one year: it’s five years at least with the new regulations. So this was the only way that made sense. Obviously, if we had billions to spend, it would be a different story – but we couldn’t spend it anyway, because of the budget cap. So I stand behind the decision.” 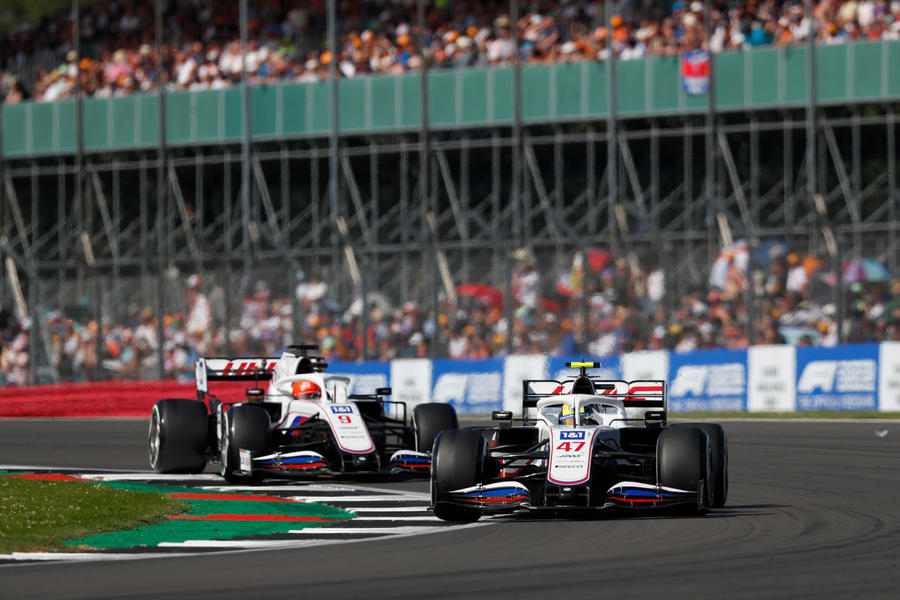 This isn’t defeatism, especially for a team in Haas’s position. It’s an ability to recognise reality that allowed Gene Haas, boss of machine-tool manufacturing behemoth Haas Automation and co-owner of the Stewart-Haas Racing Nascar squad, to create the most successful start-up team in F1 in almost a quarter of a century when it joined the grid in 2016.

Steiner, who got to know Haas having been dispatched to the US by Red Bull to run its Nascar programme, came up with a workable model for the team that still leans heavily on Ferrari after it became clear that the initial idea of running a full- blown customer car was a regulatory impossibility.

Several key elements of an F1 car must be designed by each team. These are the so-called ‘listed parts’, which include the monocoque, the front impact structure, the roll structures and, crucially, the bodywork. That latter point includes all the aerodynamic surfaces, which are crucialto the performance of the car. Everything else – thousands of parts – can be supplied by a rival.

Haas’s deal therefore means that much of its car is made with latest-specification Ferrari parts – albeit not the ones that have the biggest impact on performance. Ferrari also provides use of its Maranello wind tunnel, with Dallara engaged to produce the parts that Haas needs to build. That structure has taken another step this year with the creation of a Haas building at Maranello, headed by technical director Simone Resta and a number of other ex-Haas employees. Haas is now doing a little more of its own design work as a result, but Dallara still provides support on design, aerodynamic work and wind-tunnel operation. So far from being a team that’s fading to nothing at the back, it’s very much one entering a new era.

“People always think that because you’re last, you’re bankrupt, you will never come back, you’re going out of business,” says Steiner. “It isn’t like that. If you’re last, that doesn’t make you stupid. We’ve had very good seasons and a lot of the people are the same still, so we just need to put the right effort into what we’re doing and we will come back.

“How strongly? I don’t know. If we aren’t fifth next year, I won’t be disappointed. But we want to at least be in the fight in the midfield. That’s where we want to be, and I think we have a good chance with all the changes that are coming.” 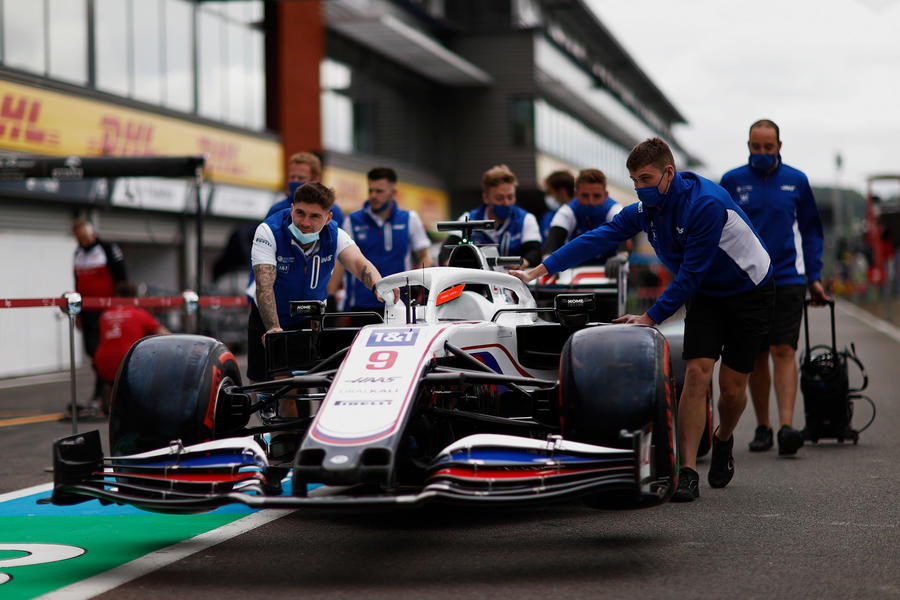 “Changes” refers first to the cost cap, which, with some exemptions, such as driver pay, limits F1 teams’ spending. The baseline for this figure is $145 million (£106m) this year and drops to $140m (£102m) in 2022, while the commercial agreements that bind the teams, F1 and the FIA are now more equitable in terms of the way the teams split their share. Gene Haas himself is on record as questioning the business model previously, but this is a more sustainable version.

“Absolutely, and therefore we’re still here,” replies Steiner when asked if this model works. “Before the budget cap, teams could spend any money they wanted, but that’s not possible any more. That’s one of the reasons why we’re still around, because if it would have been like in 2019 and 2020 for us, there would have been no point.

“For the future, we’re in a very good place. We just need now to get ourselves back in the position we want to be, or where we should be, and fight. The other nine teams are trying to do the same, but we just need to do a good job and show that we belong here.”

It’s an upbeat prognosis, and Steiner is right to point out that the team might not exist in its present form had it not been for the seismic changes made to F1 last year. Since the sport’s financial foundation was restructured, Gene Haas has cut back on his criticisms, although there is a feeling that the team’s form in 2022 will be crucial in deciding if he sticks around for the long term. There’s no lack of interested buyers for F1 teams, and some even have the resources to pull it off – Gene Haas founded his Nascar team in 2002, and then three-time champion Tony Stewart took a 50% share in 2009. The squad landed the Cup Series title in 2011 and 2014. 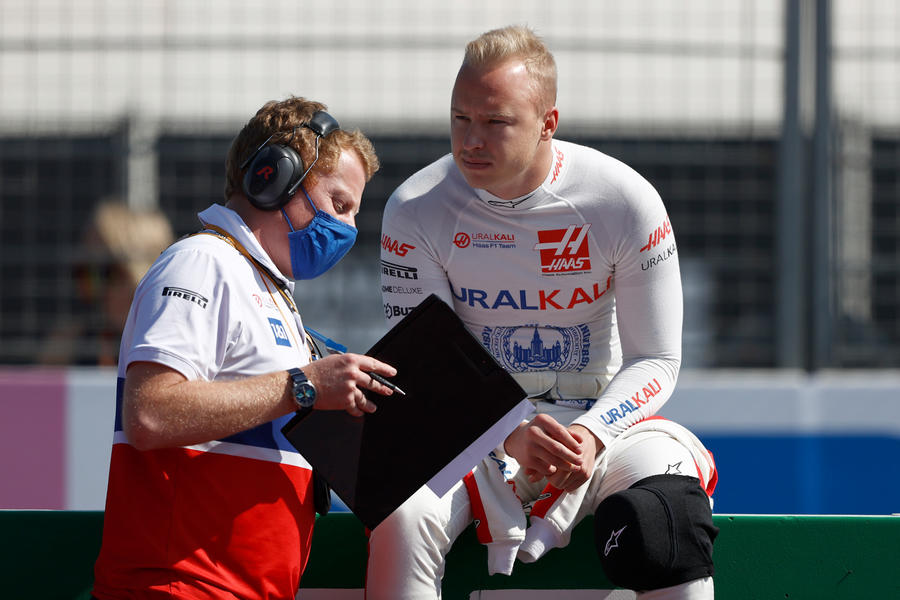 “F1 as a sport and as an entertainment business is doing very well,” says Steiner when asked about Gene Haas’s commitment. “There’s a big future. With Liberty Media taking over [F1 in 2017], they’ve done a great job in changing what we’ve got now. Also financially, exposure-wise.

“That convinced Gene that F1 is the right thing to be in. Without the budget cap, I don’t think we would be here, and the distribution of the prize money has changed, which is in favour of the smaller teams. He doesn’t make emotional decisions: this was based on something factual.”

Whether Haas can have the success it needs to stay viable remains to be seen, but even with the advantage of its reliance on Ferrari (which some rivals have criticised in the past as an over- reliance), Haas has previously proved that it can be a contender towards the sharp end in F1.It’s also a team that’s continuing to learn a lot operationally. While the past three seasons have been tricky, Steiner is still pushing the team hard to extract the maximum from limited machinery.

It’s running an all-rookie line-up (only the eighth time in the past four decades a team headed into a season with two newcomers) of Mazepin and Mick Schumacher. As well as the inevitable attention that comes for the latter as the Ferrari- backed son of seven-time F1 champion Michael Schumacher, this quiet learning year has also been disrupted by a very obvious rift between the two drivers, just to make a difficult season even harder.

It’s a cliché, but you can learn much in bad times that will serve you well when good times come. 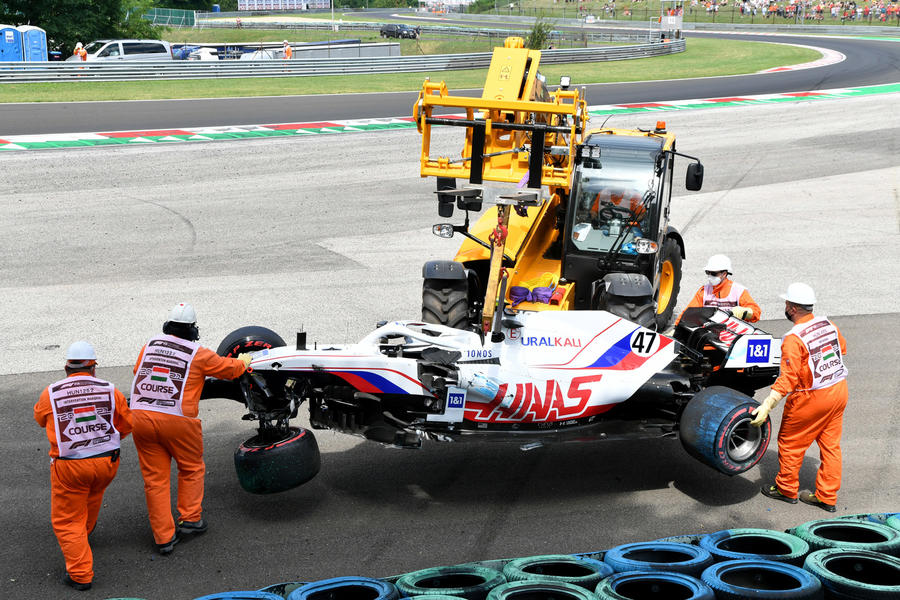 “Every day we gain knowledge,” says Steiner. “We’re a lot better now than when we came in [in 2016], but last year we took a step backwards and had to recoup that. With Simone Resta coming on board and putting the new structure in place in Maranello, we made a good step.

“But still we are the youngest team, even if we aren’t a young team any more. The others are established, some of them for 70 years, and they get better every year. But we’re working to catch up and improve ourselves.”

Whatever happens, Haas is a team that deserves plaudits, given that it’s the only start-up F1 team of the 21st century to have survived. And that spirit, even in a year like this, justifiably gives it hopefor the future.

At the time of writing, after the Italian Grand Prix, Haas has failed to score a point in 20 races and sits alone at the bottom of the constructors’ championship. Yet its hundreds of personnel are expected to keep pushing to the limit. It’s not an easy task, but it’s more pleasant than the situation last year, when the team’s very existence was threatened.

“Last year was a different challenge, because we didn’t know where it was going and if we would sign [F1’s] new commercial agreement,” says team principal Guenther Steiner.

“This year, the focus is for next year, and we’re over the hump of mid-season, so it’s going towards the end. We try to let our people know what we’re doing with the development of the new car. That will pump people up, because they can see there’s a lot of work going on.”

But despite the stresses of last year, Steiner picks out the final races before the midway point of this season as the team’s toughest.

“The most difficult was just before the summer break, because we weren’t even halfway and we were doing badly on the track,” he says. “Now we’re over halfway, it’s coming: let’s get ready for next year. The light at the end of the tunnel is now here.”

The clashes between Schumacher and Mazepin will not bring Marzipan taste to Haas. Father's preference of the lesser driver guarantees a cloudy future.

Something drastic is required