BACK TO ALL NEWS
Currently reading: Jaguar could win intense battle as Formula E heats up
UP NEXT
Volkswagen unveils larger and more advanced new Amarok

Jaguar could win intense battle as Formula E heats up

Is Jaguar ready to win a Formula E title? The British car maker that boasts such an illustrious heritage in sports car racing – and another it would rather forget in Formula 1 – is six years into its campaign in the electric-powered single-seater series.

Disappointments have usually outnumbered the race wins, but in Formula E’s second season as a full-blown FIA world championship, Mitch Evans is right in the thick of it after his third victory of the year, the most of anyone, scored in sweltering Jakarta. The Kiwi is well placed to claim Jaguar’s first crown at this level since the Group C glory days of the 1980s.

Living up to its status

Formula E remains contentious and unloved by too many hardcore racing fans who are put off by everything from the EV whine to the fiddly street tracks, the perceived lack of speed to the banger-racing style of action. I’ll admit, I’ve struggled with it in the past too, particularly when an obsession with energy management resulted in ‘range anxiety racing’, as displayed most notably in the Valencia shambles last year when a bunch of cars were either disqualified or failed to finish when they exceeded their allocation. That was so harmful, especially in the series’ first year as a world championship.

But doubters should look again. This year, Formula E is living up to its world status and has moved on with confidence from the undermining loss of Audi and BMW as works teams. A fairer new qualifying format involving one-on-one duels to decide the top grid slots, lessons learned from the previous energy clangers and circuits that more consistently allow for a cleaner brand of motor racing have resulted in greater sporting authenticity. It’s always been deeply competitive and has always attracted a grid rich in talent. But when the drivers now tell you they genuinely love the cut and thrust, plus the multi-tasking technical challenge of racing in Formula E, it’s much easier to believe them. 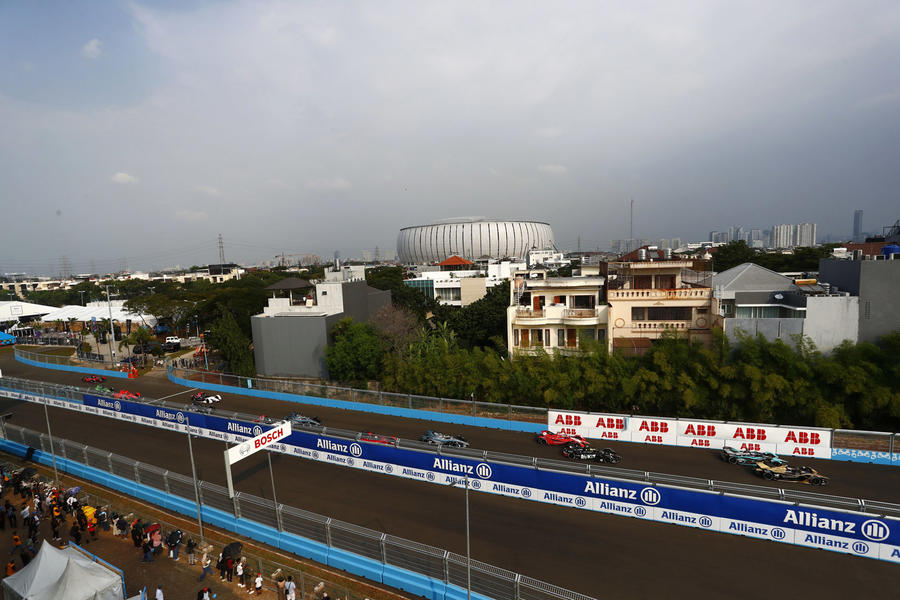 The new E-Prix added this month in Jakarta was a case in point of how Formula E is finally maturing. The 18-turn 1.47-mile track offered more than one potential overtaking point, was wide enough to allow for passes without contact and generally received a thumbs up from all. Energy-sapping humidity spelt a challenge for the drivers, who resorted to pre-race dips in paddling pools to cool off, while the teams sweated over rising battery temperatures. This was a tough motor race. As double champion Jean-Éric Vergne was happy to admit, the 45-minute plus added time duration was plenty.

Another brick regularly hurled at Formula E is how it relies on gimmicks to spice up the racing. But the long-established Fan Boost and the more recent Attack Mode addition are no worse that the Drag Reduction System (DRS) in F1, and without pitstops in this current Gen 2 era, create some welcome strategic variety. In Jakarta, drivers had to pick up two mandatory doses of Attack Mode – each a four-minute increase of 13% power – whenever they chose. Like DRS, its effectiveness changes from circuit to circuit. This time, it didn’t make overtaking too easy, but proved handy for closing a gap or defending from a rival.

Running off line through the Attack Mode triggering zone was likely to lose drivers places. But when Mitch Evans ran longer than rival Antonio Felix da Costa before taking his second dose, he was able to maintain second place, then set off after leader Vergne. 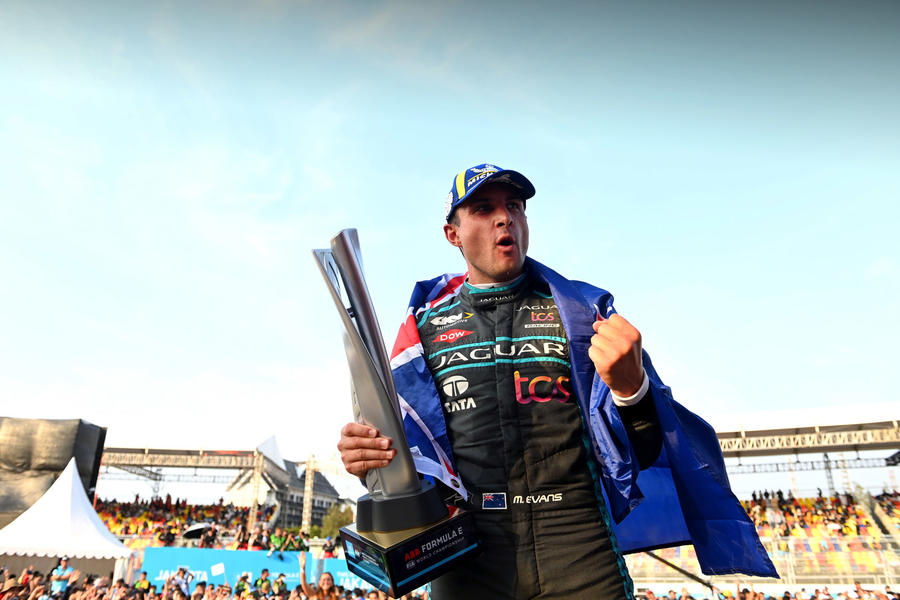 The extra power allowed Evans to close in on Vergne’s DS Techeetah entry, but he’d run out of boost as he surprised the ex-Formula 1 racer at Turn 7, when most overtaking moves were made at Turn 1. Vergne couldn’t hide his disappointment at losing a first win of the season, especially having started from pole position, and explained how he’d been forced to use an unexpected power mode in the heat that had forced him to back off into the corner earlier than he would have wished, to save energy. That gave Evans his chance.

Consistency tends to be Jaguar’s downfall, and Evans had struggled in the previous races in Berlin, so the Jakarta victory was vital to him. “I was just happy to be in it at the end,” he said. “We had a tough last race and the climate is on another level here. We put a lot of work into set-up and the systems, and the team gave me the goods I needed when it’s so tight. It was really tight with JEV [Vergne] at the end: I thought I was going to pull away, but my tyres started going off after I got past him, so I was under a bit of heat. But I got the job done and it’s what we needed.”

Remarkably, Evans, Vergne and Venturi’s Edoardo Mortara finished bunched together, each with energy readouts of zero per cent. Energy management remains crucial – and I still think it’s a bit of a drag – but there’s certainly an art to how the engineers and drivers work corner to corner to judge they’re usage to perfection. When it works out so precisely, it’s impressive. But losing a race by using too much, when hardware range actually isn’t a problem, seems counter-intuitive to me when Formula E genuinely showcases how far EV advancements have come since its first season in 2014.

Evans is still only fourth in the standings, but the top quartet – all from different teams – are separated by just 12 points. That’s nothing with seven rounds, including a double-header in London, still to come. Any one of Mercedes EQ’s Stoffel Vandoorne, Vergne, Mortara and Evans could become Formula E’s second world champion. It’s impossible to predict, as motor racing should be. Let’s hope they keep it clean and the series continues to mature.

The only thing heating up in Formula E are the bloody batteries!

What a damp squid this series is.