BACK TO ALL NEWS
Currently reading: The BTCC racing hot shots with full-time day jobs
UP NEXT
UK has electric car charging ‘black holes’, warns AA

From the moment the British Touring Car Championship began in 1958, it has proudly held a place as one of the UK’s top motorsport series.

Every year, countless youngsters take their first steps into car racing, aspiring to follow in the footsteps of BTCC greats like Colin Turkington, Ash Sutton and Gordon Shedden.

However, for every youngster embarking on a racing career, there’s also an older amateur who dreams of taking a place on the grid to challenge the famous names. 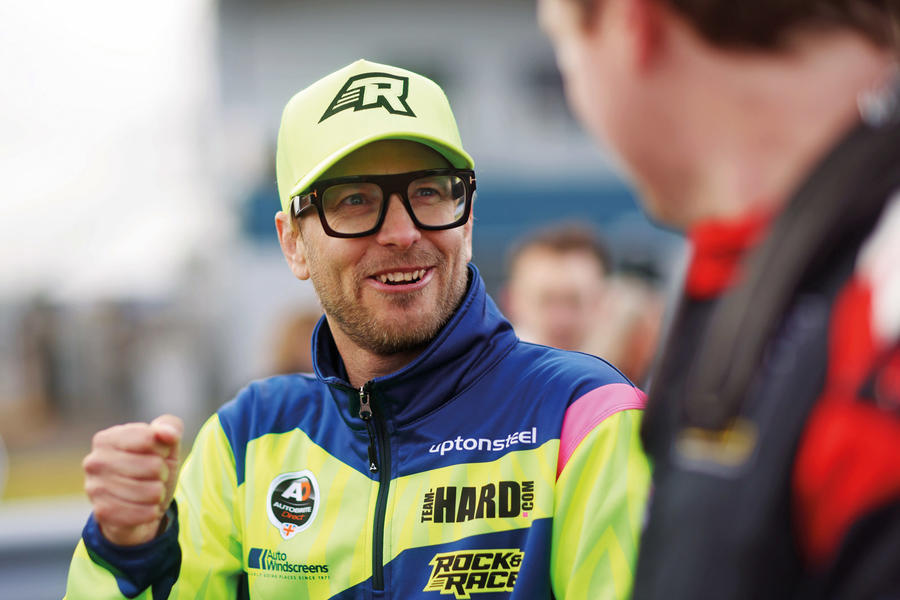 Like his Status Quo guitarist father, Rick Parfitt Jr is well known for his work in the music industry (not to mention that he once held a role selling advertising in Autocar). A latecomer to racing, the 47-year-old won a title in both classes of the British GT Championship before a year out of racing to undergo major surgery for Crohn’s disease in 2020.

Plotting a return to action last year, Parfitt elected to take on the ultimate challenge: switching to touring cars.

“I think a lot of amateurs wouldn’t consider the BTCC, because there really is nowhere to hide,” he says. “The praise and criticism comes in equal measure, and it can be quite tough mentally.

“The front guys live and breathe motorsport, whereas I am busy entertaining people during the week with my band and then jump in a race car on a weekend.

“People on the outside may look and say ‘you’re only 27th on the grid’, but it’s so close that you might only be half a second away from someone like Colin Turkington – and that’s pretty incredible for an amateur.

“A BTCC car is very tricky to drive and you have to really push beyond your comfort zone. That’s what makes it so rewarding when you can get so close to some incredible drivers.”

Although he was unable to break into the points last year, Parfitt was able to learn a huge amount that he hopes to benefit from in 2022, returning to rear-wheel drive in an Infiniti Q50 – the title-winning car from the past two seasons. He remains realistic, however, when it comes to what’s achievable.

“I’ve won titles in GT4 and GT3, but moving to touring cars has needed a different mindset,” he says. “We all want to win, but the reality is that it’s very unlikely I will be fighting for victories. You have to set your own targets, which almost become your personal wins, and I feel that’s the best way to approach it.

“It’s super-tough to put yourself into this position, but I’ve never F been one to shy away from a challenge, and this is the ultimate challenge for an amateur driver like myself – even more so when I have to deal with the effects of having Crohn’s.

“That’s something I need to manage, and it does have an impact when you’re up against some superfit youngsters, plus I’m the second-oldest driver on the grid, which plays a part as well! However, I won’t let Crohn’s define me and will always do the best I possibly can on track, try to connect with the fans and remember to have some fun.

“To have even made it to the BTCC is incredible, and it’s great to be a part of it.” 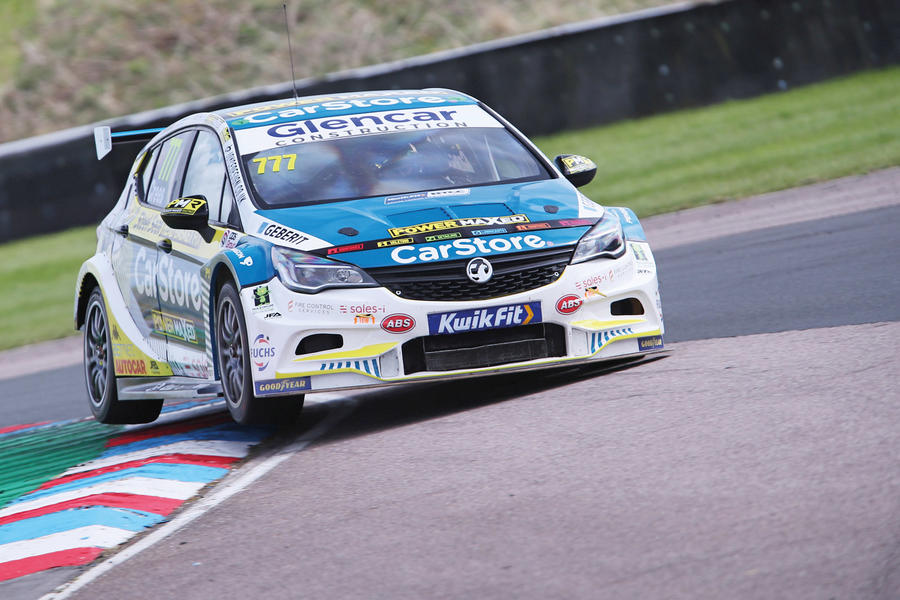 Fellow amateur Michael Crees was another late starter, having decided to chase a racing career the wrong side of 30. A rapid rise through the Ginetta ranks led to him joining the BTCC in 2019 before clinching the Jack Sears Trophy (which is contested by the drivers yet to score a podium) a year later.

He then made it onto the Formula 1 support bill in the Porsche Supercup but is now back in the BTCC, looking to make his mark in a Power Maxed Racing-run Vauxhall Astra.

“There’s no doubt that this is the hardest thing that I’ve ever done, right up there with racing a Porsche in Monaco,” says Crees. “The BTCC is a totally different level to anything else and is a massive challenge for an amateur like me.

“People think it’s just a case of getting in a car and driving, but there are so many things that come as second nature to a professional, given the time they spend on track.

ith their data after a weekend to find those small tenths of a second that all add up, whereas I don’t have that luxury. I race on a Sunday but then have to go home and run a [plumbing] business on a Monday. 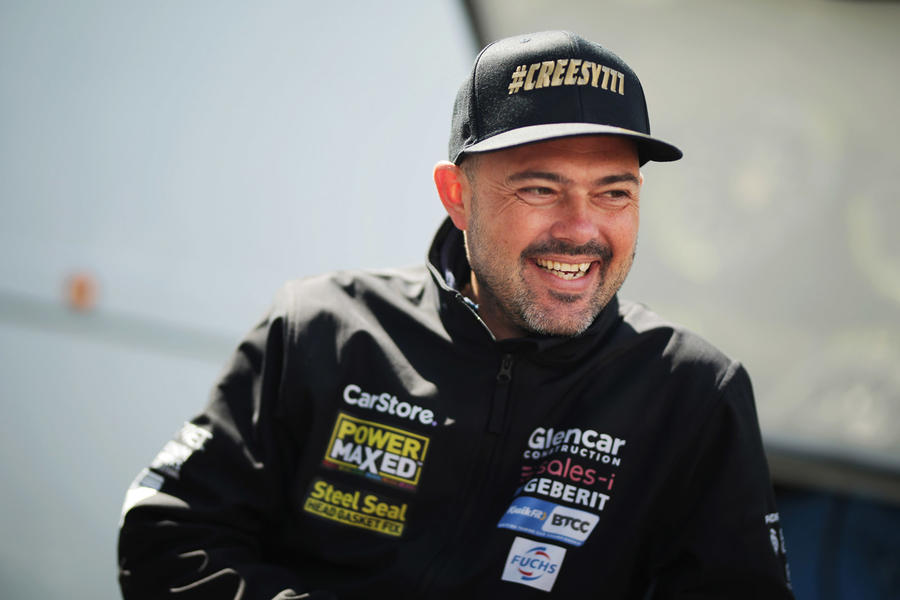 “As an amateur, it’s hard to try to get to their level, and I think it’s amazing for someone like me to even be racing in the BTCC. A lot of these guys are top professionals who are at their peak, whereas I’m still learning all the time and trying to hang on to their coat-tails.”

Crees hasn’t given up hope of one day making a career from racing, with a focus on trying to make it all the way to the top step of the podium.

“At the moment, trying to strike a balance between work, racing and my family is huge,” he adds. “However, I’m lucky to have some good people around me with my businesses, and it’s allowing me to focus more on my racing in 2022.

“I really want to have a good run at it and invest as much time as possible towards my dream: to become a pro driver and win in the BTCC.” 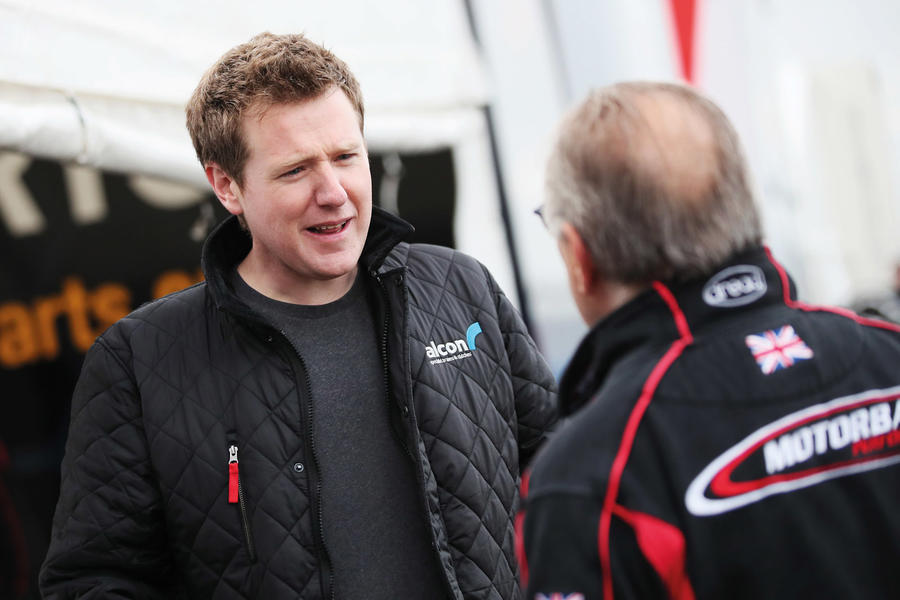 Ollie Jackson is a prime example of a BTCC driver who wouldn’t class himself as either a professional or an amateur – better known as a pro-am.

He dovetails his racing activities with a career in the car industry.

“I started racing around the same time I did my automotive engineering master’s, and the two have gone hand in hand ever since,” he says. “Lotus was kind enough to give me time off to race, and things progressed from there, despite me being a late starter.

“My role in vehicle dynamics at Lotus gave me a better understanding of how a car works, and now at Alcon I’ve developed contacts that can benefit me in the hybrid era, so my off-track career has certainly helped me.

“Although the BTCC was still the most competitive series around when I first joined, it was nothing like it is now, and that all corresponds to the level of effort you need to put in.”

From 269 starts, at the time of writing, Jackson has been able to win twice against the top pros.

“It can be tough to juggle your time between work and racing, but there’s no point turning up if you aren’t able to give it as much as you can,” he reflects. “All the effort is worth it when you deliver the results.”

Good article, I would never have known. There's hope for me yet.