Nissan has celebrated 50 years of the GT-R sports car line with the launch of a special 50th Anniversary Edition at the New York motor show.

The GT-R 50th Anniversary Edition celebrates the anniversary of the GT-R (Gran Turismo Racer) badge, which was introduced in 1969 as a variant of the Skyline. The GT-R became a standalone model in 2007.

The special edition will be offered in three ‘heritage-inspired’ colour schemes, which are all based on liveries from Skyline GT-R cars that competed in the Japan GP series. That includes ‘Bayside Blue’, a colour retired since the R34 GT-R model. 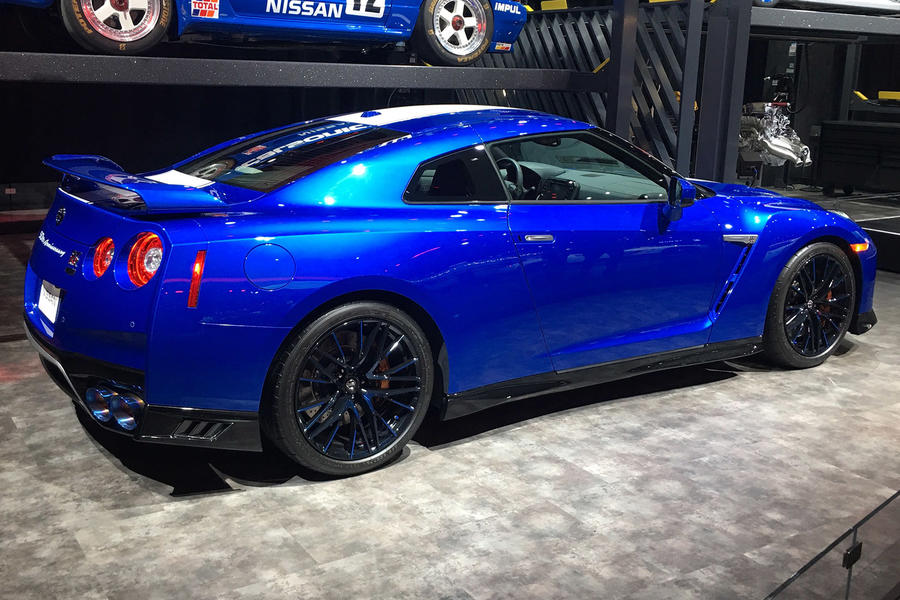 There is also a revised six-speed dual clutch transmission, which also features a reworked ‘R mode’ performance setting with more aggressive downshifts. Nissan has also tweaked the electronically controlled suspension in a bid to improve ride comfort and cornering stability.

Nissan has also unveiled the new race-honed GT-R Nismo, which uses a turbocharger from the GT3 race version to boost output to 592bhp and 481lb ft. It also gets the revised transmission, R mode and suspension from the regular GT-R.

The GT-R Nismo features revised bodywork, with greater use of carbon fibre to save weight and new downforce-generating front bodywork based on the GT-R GT3.

The model features a new carbon-ceramic braking system to improve reaction times and durability. It sits on 20in wheels, and uses new Dunlop tyres which offer an increased contact patch with the road.

Nissan has yet to confirm pricing for either model, but an increase from the current starting price of £76,875 is anticipated, particularly for the 50th Anniversary Edition. The current NISMO model costs £148,820.

Nissan has also launched a limited edition variant of the 370Z to celebrate the 50th anniversary of its Z performance line.

Hmm, this is rather Mustang-esque??

At least they haven’t mucked about with the shape too much,and that shade of Blue suits it.