BACK TO ALL NEWS
Currently reading: 2018 Honda Insight hybrid revealed
UP NEXT
Tesla to expand select UK Superchargers to other electric vehicles

The 2018 Honda Insight has been revealed in production form at the New York motor show with a hybrid powertrain that is expected to be offered with the Civic in Britain.

Following the reveal of a pre-production prototype at the Detroit motor show earlier this year, the Insight is being displayed in New York before sales kick-off in the American market. Although the car won't be offered in Britain, the third-generation Insight's electrified powertrain is due to make it across the Atlantic.

The hybrid powertrain, also set for use in the 2018 CR-V hybrid that is scheduled to go on sale in the UK in August, is predicted to join the Civic's engine option list, adding to the existing diesel and petrol options. In the Insight, it offers 155bhp and, according to US tests, up to 55mpg in urban environments.

In the US, Honda's Insight is its direct answer to the Toyota Prius. It uses a more conventional saloon shape than its high-reared predecessor, with the front adopting Honda’s aggressive new styling theme, gaining a metallic strip running the full width, tying in with Honda’s other US-market models. 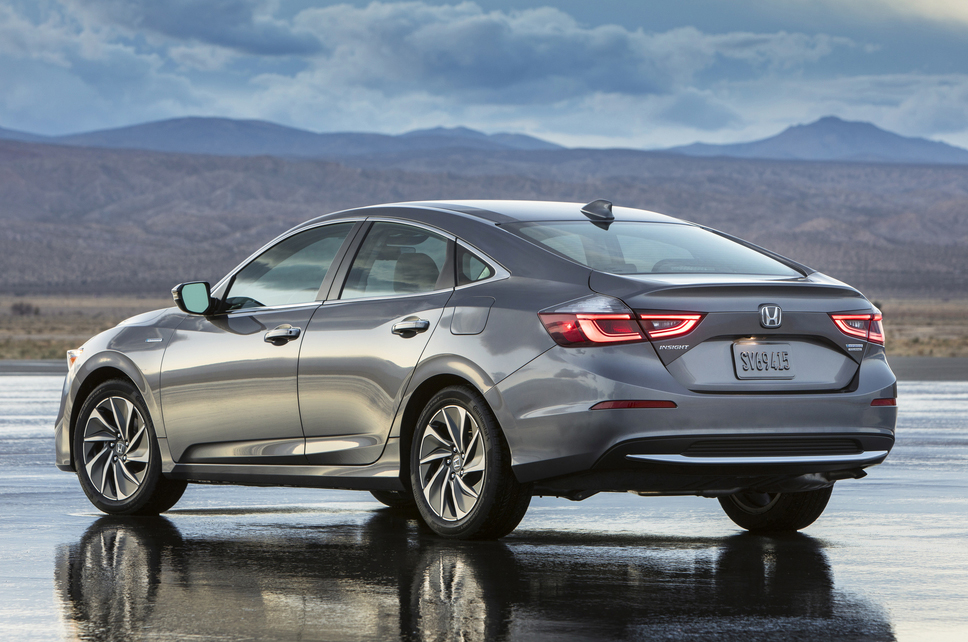 The wheelbase and length of the new car have grown over the previous Insight. The former, now 2700mm, is claimed to give the car class-leading legroom.

Where previous hybrids have been compromised by their electrification, the new Insight will be “a great car in its own right, independent of what’s happening under the hood”, said Honda’s US boss, Henio Arcangeli earlier this year. 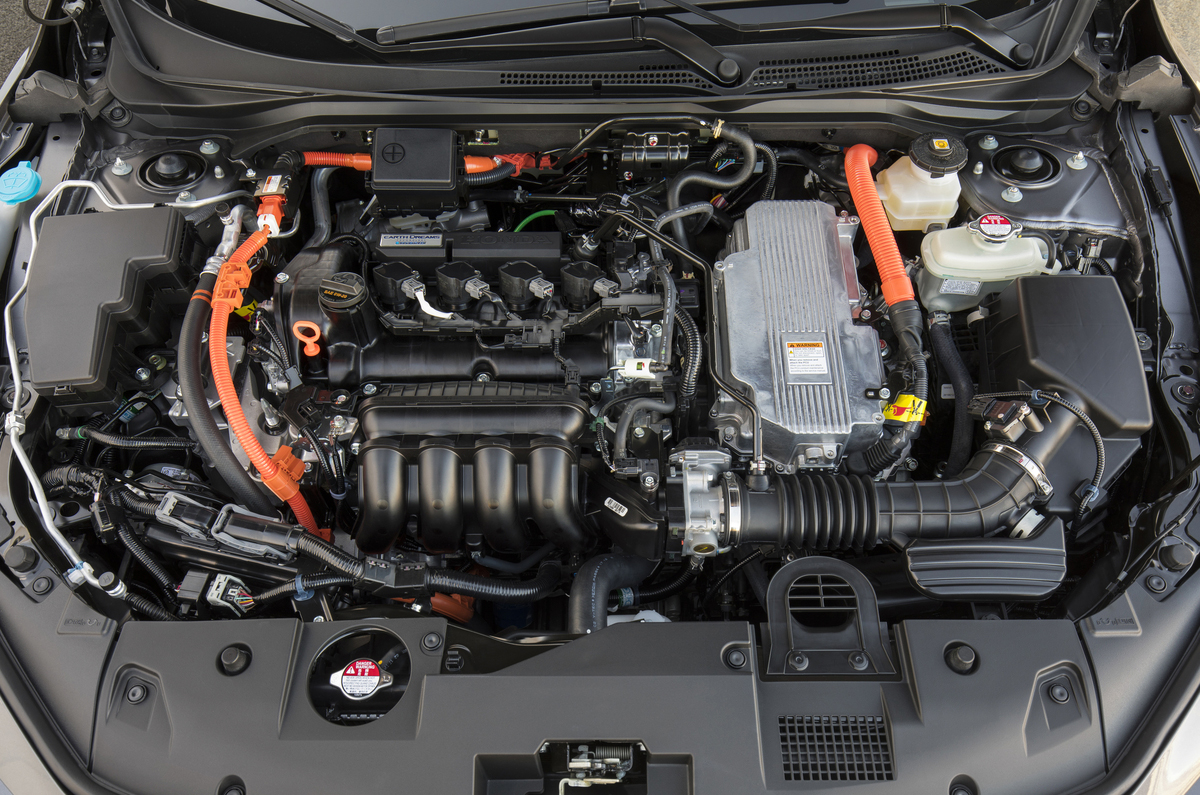 The original Insight of 1999 was rated as the most fuel-efficient petrol car certified by the EPA at the time. Honda has not yet announced how fuel-efficient the next Insight will be, but Arcangeli described the car as having “best-in-class performance” in this regard. Fuel economy of around 60mpg is mooted, although Honda claims the Insight can drive on electric power alone in most situations.

Inside, the car has an 8.0in touchscreen infotainment system and a 7.0in LCD display behind the steering wheel. It’ll feature smartphone-mimicking customisation of the interface and applications, as well as the ability to update software over-the-air via wi-fi.

More than a sniff of Mazda 6 from the rear. Good to see Honda not afraid to change a model so drastically though.

I don't know its exact length or width but I'd say Honda UK could fill the (small) gap left by the Accord's departure by selling this. With the hybrid technology, it doesn't need a diesel version that the Accord once had either.

Do you know what? I rather like the look of this rather than the lairy looks of all the hatchback Civics.

Shame it's not coming to Europe, even with a conventional petrol powertrain, as it is a rather less challenging looking car than the Civic...