BACK TO ALL NEWS
Currently reading: New Honda CR-V revealed, but UK sales on hold until late 2017
UP NEXT
First drive: 2022 BMW XM prototype

Honda's new SUV has been revealed to the American market, where it will soon go on sale; it won’t head to Europe until late 2017 or 2018, though
Open gallery
Close

The 2017 Honda CR-V has been revealed at the LA motor show shortly ahead of it going on sale in the US. However, it won't reach the UK until late 2017 at the earliest.

Visual highlights on the new car include LED lights front and rear, a longer bonnet and narrowed A-pillars for improved visibility. The car rides on 18 or 19in alloy wheels and sits higher than the current model. 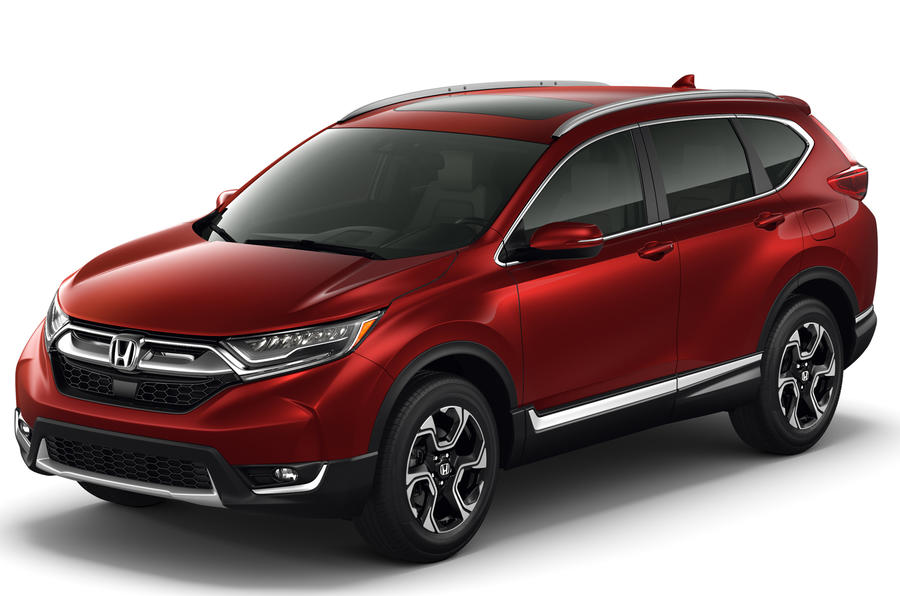 The fifth-generation mid-sized SUV has an all-new platform and features turbocharged powertrain options for the first time. Wider, and with a longer wheelbase, it has more sculpted styling than the current CR-V, and reflects Honda’s desire to make the car a more premium product than its predecessor.

A Honda UK spokesman previously suggested to Autocar that the new CR-V represents a bid to rival more premium products such as the Land Rover Discovery Sport and Volvo XC60.

“The CR-V is a massive pillar for us,” he said. “I’m not sure that HR-V in the UK will ever become a four-wheel-drive car; most people in this segment will vote with their feet and buy two-wheel drive. So if we can assume that HR-V will only ever be two-wheel drive, then you’ve got to come up with a different proposition [with the CR-V]. 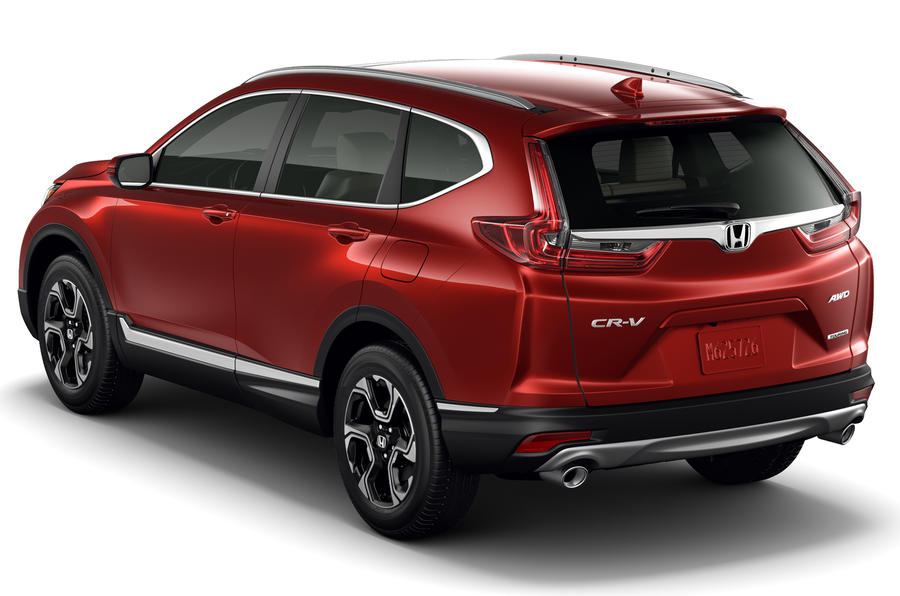 “Can we compete with Land Rover as a brand? That’s less about CR-V and more about Honda as a brand."

Inside the new CR-V, Honda promises class-leading space and rear leg room, with better-quality materials and “more intricately stitched seats”. Rear passengers get a volume control for the sound system, while up front there’s the option of a 7.0in screen running an Android operating system with sat-nav, Apple CarPlay and Android Auto. Other features include a hands-free tailgate, operated by a wave of a foot under the rear bumper, while a myriad of safety features have helped the car towards achieving a five-star rating in US crash tests. 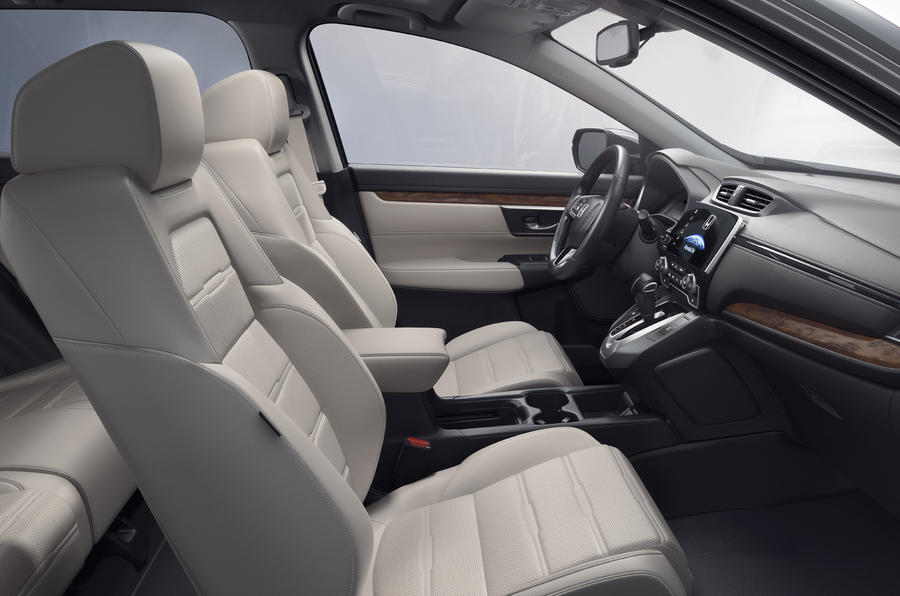 Only the CR-V’s petrol engine options have so far been announced, which in the US will include a 190bhp turbocharged 1.5-litre four-cylinder unit and a 2.4-litre direct-injection iVTEC with 184bhp. Both will be mated to a continuously variable transmission (CVT). The 1.5-litre turbo engine is expected to make its way to the UK and is likely to be joined by the 1.6-litre iDTEC diesel unit used in the Civic, with a manual gearbox option being added to the line-up too.

Both front and four-wheel-drive versions will be available, with revised suspension for improved handling. The CR-V's suspension features MacPherson front struts and a multi-link rear, with tubular anti-roll bars at the front and solid ones at the back.

The 2017 CR-V will be built at three plants in North America: East Liberty, Ohio, and Greensburg, Indiana, in the US and Alliston, Ontario, in Canada.

The styling around the front and rear arches has such an odd swollen look that the car seems to be suffering from mumps! I also think it is a mistake to make the side windows more shallow than previously. Overall, it makes the car look huge, probably bigger than it really is.
jer 14 October 2016

I couldn't agree more with all the comments about stick to what you do best. My Dad also a previous owner. They are great utilitarian cars,fantastically made and reliable cars but no great shakes to drive.
smokescreen38 12 July 2016

Just had a look on Autotrader nearly new CRV's £35k for the top of the line ones. Ouch!!! And they want to build a bigger more expensive one. Oh dear!
View all comments (12)