Redspace is slightly longer than the Smart Fortwo and is deliberately different to the norm, and can out-accelerate any car in its class to 31mph
Open gallery
Close

At 2.97m long, which is over 8cm shorter than the original Mini, the aim of Redspace is to maximise interior space for passengers, while occupying very little roadspace. The Redspace’s turning circle is smaller than that of a Smart Fortwo, although Redspace is taller and narrower. The car’s intended use is for inner-city driving in Chinese megacities, with seating for four on the move, and five when stopped.

Bangle insists that the car is not a concept, but instead previews a production model, building of which will begin with in a short, but unspecified timeframe. It’s a full-functioning prototype, and at earlier stages of development achieved promising crash test results thanks to an aluminium spaceframe, which surrounds the battery pack. 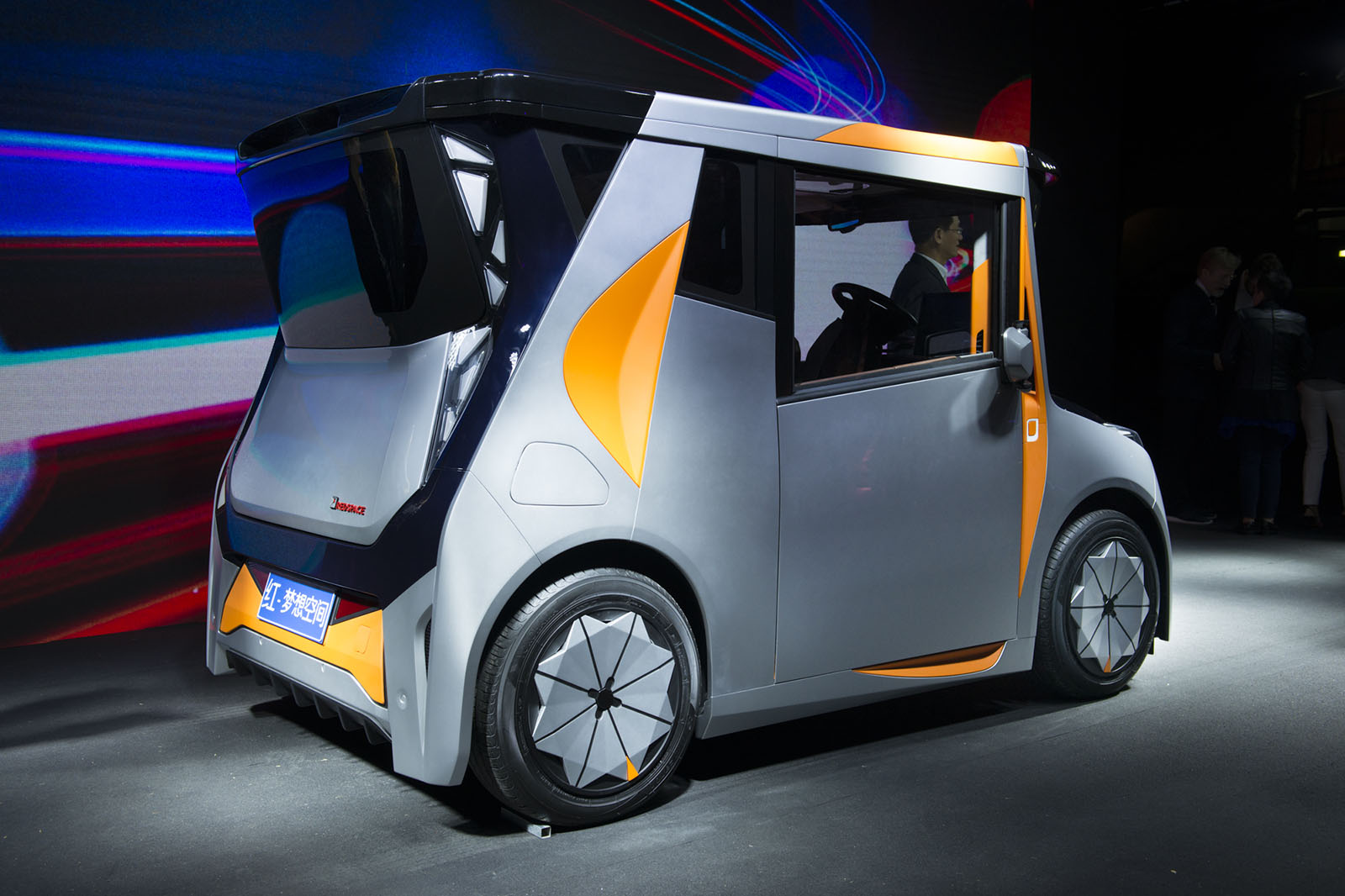 The car will lead its class in acceleration from standstill to 31mph - a desirable feature to its urban-living Chinese target market, although the car is also designed to be as functional as possible at a standstill. This accounts for 90% of the time, and is achieved by incorporating a large 17in infotainment screen, as well as a rear bench which can be used, Bangle claims, in various uses, from a sofa to a baby-changing station.

The driver’s seat can rotate fully for passenger-facing seating, and there’s also a drop-down table in development. The car's steering column folds vertically upwards when not in use, freeing up more cabin space.

Respace’s batteries are recharged conventionally, but Solbian solar panels on the car’s roof - the largest area in the car's class - provide bolstered electric potential through renewable solar energy, to the tune of up to 2kWh on a sunny day. No capacity or range has been given, other than the assertion that the latter will be class-leading.

The firms chose LA to reveal the car due to Californians’ nature as opinion leaders in mobility, according to vice president of CHTC Group, Wang Jinan. Despite the production intent, the firm is listening to feedback from LA show-goers, so there is potential to tweak the car ahead of its build date.

Ford teams up with Zotye for China-only EV brand

Yes its a titty car sorry citi car and yes five when they cant stuff em in the pegeon boxes at home - do they have same laws for being drunk in charge pr using an iphone when in charge lol - its ugly its ridiculoud its crazy and like the mini skirt ir will be a super hit but thankfully only for the chinese market. Europeans and maybe even Californians wouldnt allow such a ything to clutter their driveways

Maybe the first worthy successor to the Toyota IQ.