Reborn Italian manufacturer De Tomaso has revealed that its limited-run P72 supercar is powered by a supercharged Ford V8.

The mid-mounted 5.0-litre unit has been modified by American tuning firm Roush and is expected to produced around 700bhp and 608lb ft. A bespoke dry-sump lubrication system ensures adequate oil flow even under hard cornering, while a new type of supercharger is said to bring enhanced thermal efficiency, higher operating speeds, improved airflow and reduced noise and vibration.

De Tomaso claims that the V8 retains "the character of a naturally aspirated engine" despite the supercharger and has been designed to achieve a "smooth, linear power curve without detracting from the old-school American V8 soundtrack". The 1965 De Tomaso P70 from which the P72 takes styling inspiration was also powered by a 5.0-litre Ford V8, with performance upgrades carried out by revered engineer Carroll Shelby. 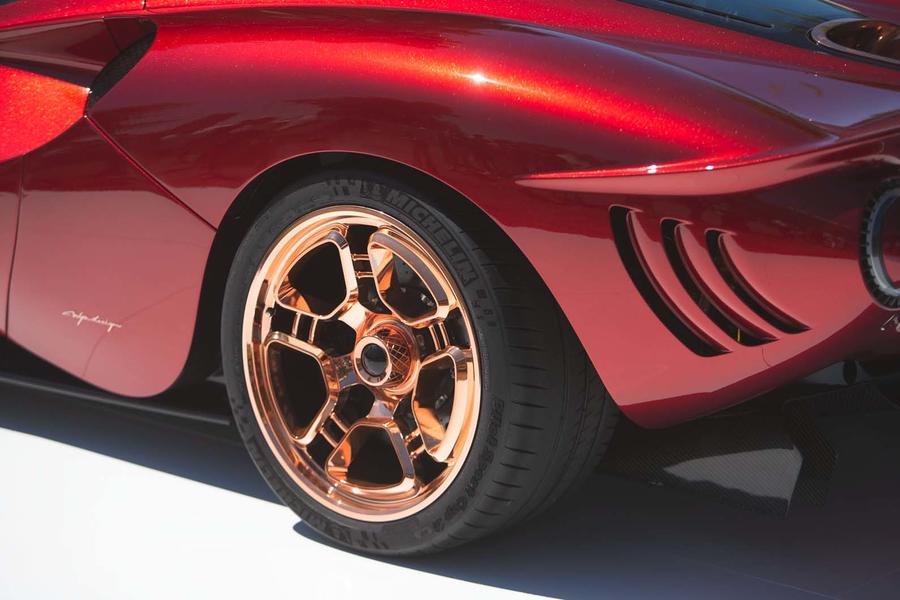 Performance details are still yet to be confirmed, but the firm has said it will release video and audio clips of the engine running in the coming months.

Revived by Hong Kong-based IdealVenture, the team responsible for the Apollo Intense Emozione, the P72 is based around that car's underpinnings, including a carbonfibre monocoque chassis that's built to LMP (Le Mans Prototype) race regulations.

The exterior design takes much inspiration from 1960s Le Mans racers and De Tomaso’s back catalogue but with a distinctly modern twist. The interior takes a leaf out of Pagani’s book, with opulent fixtures, the finest materials and an open-linkage gearshift. 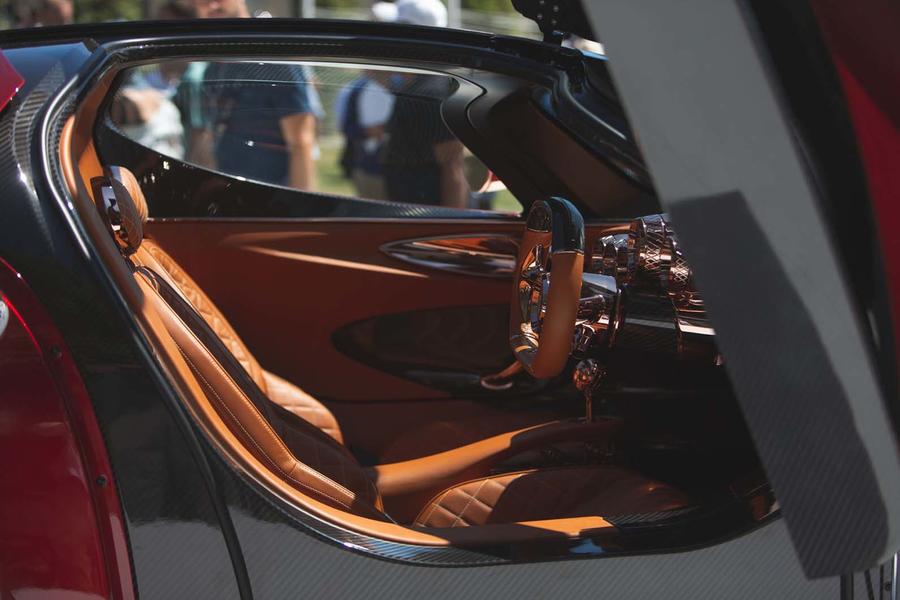 The story of the De Tomaso brand is far less widely known than brands such as Ferrari. After moving to Italy to become a Formula 1 racing driver, Argentinian-born Alejandro de Tomaso founded his eponymous firm in 1959. The company’s long history includes developing F1 cars for Frank Williams and owning Maserati from 1975 to 1993.

New general manager Ryan Berris claims “Alejandro’s journey was never properly told and we feel his name should be commonly recognised among greats such as Enzo Ferrari and Ferruccio Lamborghini”.

The new venture isn’t the first time a De Tomaso revival has been attempted. In 2009, a former Fiat executive bought the naming rights and planned to put a range of cars – including an SUV, a luxury saloon and a coupé – into production by 2011. 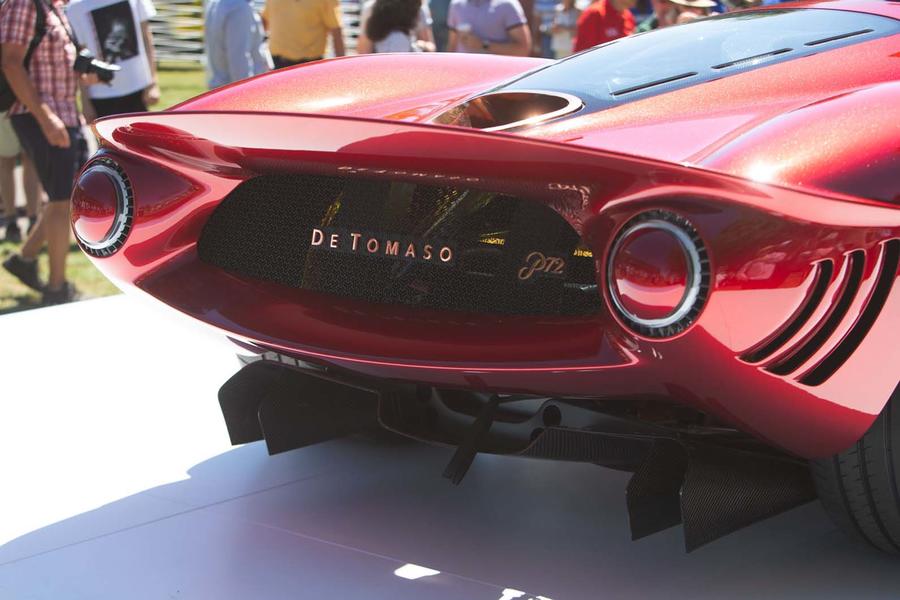 However, by the middle of 2012 the maker was in the process of liquidation, leaving 900 unpaid employees and a former Pininfarina factory to be rescued by a new buyer. Dramatically, the former chairman was then dragged into court and charged with misusing Italian public funds allocated for De Tomaso’s revival.

Just 72 examples of the P72 will be produced, at a price of around £662,000. De Tomaso hasn’t said how many examples it has already sold.

Goodwood Festival of Speed 2019: the highlights

Shame about the projected price

I recall the original Pantera was rather more realistically priced. Still expensive, but apparently even sold and serviced by certain US Ford dealers. Perhaps the new mid-engined Corvette is the more 'affordable' everyday supercar? Nevertheless, it's still good to see the De Tomaso brand resurrected.

These supercar quartic steering wheels are far squarer than the Allegro's too!

I was thinking similar but I wonder if these have variable racks that enable it to have 3/4 - 1 turn lock to lock without making it too darty/nervous at the straight ahead and still give a good lock? The Allegro would have been 2-3 turns lock to lock so more difficult to handle?

Allegro definitely ahead of

I see the tach goes all the

I see the tach goes all the way up to IX!  Wonder where the acies rubra is?

Looks like a committee car to me, trying too hard springs to mind also.