Lotus has shown the GT4 race variant of its Evora GT430 hardcore sports car at the Goodwood Festival of Speed.

Developed and built at Lotus’ headquarters in Hethel, Norfolk, the track-prepped Evora GT4 concept is finished in a distinctive green and gold livery that pays tribute to two-time F1 championship winner Jim Clark

A decal on the side of the Evora displays the Goodwood circuit lap record achieved by Jim Clark in 1965 - 1m20.4sec. The Type 25 racer in which he achieved this time is also on display. 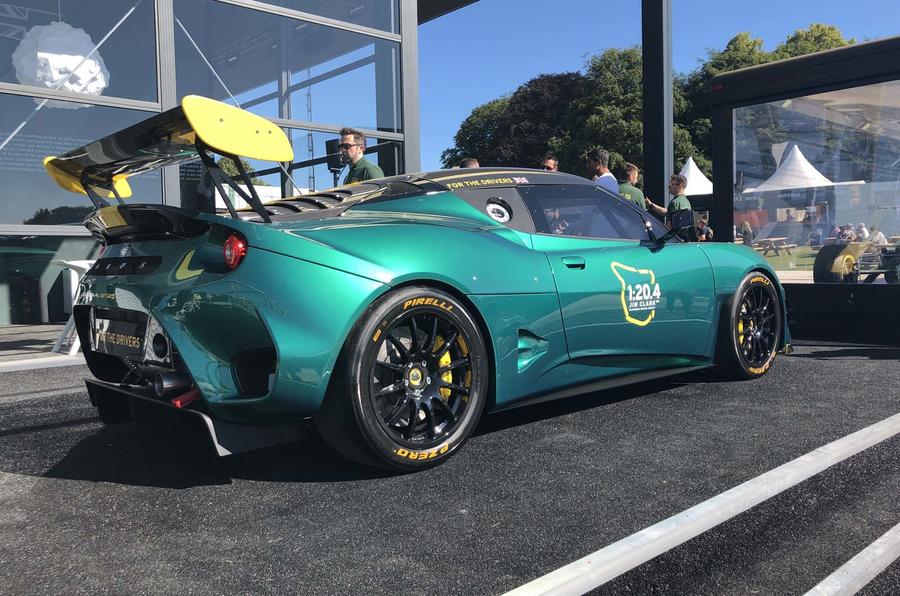 The carbonfibre front bumper has been adapted to feature removable canards and brake cooling vents, while a four-vein diffuser and large ducts at the rear enhance downforce and aerodynamic efficiency.

Further weight-saving measures include plexiglass for the side windows, a carbonfibre bootlid and 12-spoke aluminium wheels.

In line with motorsport regulations, driver safety features include an eight-point roll cage, a six-point race harnesses, an emergency engine kill switch and a fire extinguisher. 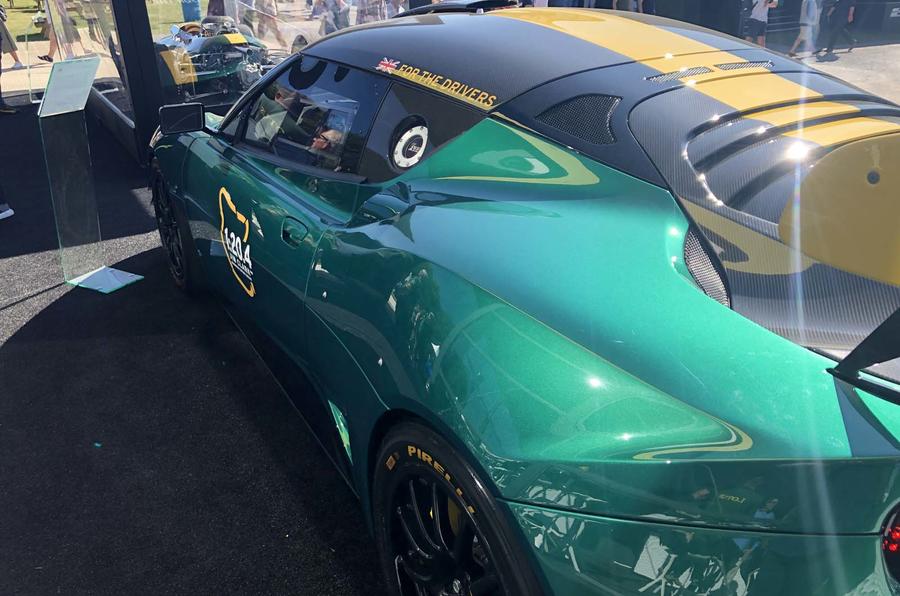 Speaking at the concept's unveiling in Shanghai earlier this year, Lotus CEO Phil Popham said: “All of our cars retain motorsport within their DNA, and almost every road car in the company’s history has raced successfully at some point.

“It’s the philosophy that Colin Chapman founded Lotus on and that we proudly continue to this day.”

the Evora's podgy? compared to what? Also, they are working on new cars, it was announced a while ago when Geely went public with the investment plan. They can't simply pull them out of their arse over 6 months though, things take time. You can go quite a while in between seeing a Lotus, but that applies to a lot of manufacturers, it doesn't mean they aren't doing ok. The last few years at Lotus have been fantastic, the turnaround they've had has been remarkable.

Time Lotus had a new model to replace the Evora, it’s looking a bit podgy round the middle compared to it competitors.

Time Lotus had a new model to replace the Evora, it’s looking a bit podgy round the middle compared to it competitors.

I wouldnt call 370bhp per ton podgy, can you name a competitor with a similar or better ratio?

After decades of under investment

(thank you Proton for your wonderful stewardship), it's not surprising their sales numbers are tiny. Geely will sort them out.