BACK TO ALL NEWS
Currently reading: NanoFlowcell Quantino could make production this year
UP NEXT
The next Hamilton? Autocar meets F1 prodigy George Russell

NanoFlowcell will be displaying the near-finished model at the Geneva motor show in March, one year on from when the first Quantino concept was revealed. The firm says the 2016 car is completely revised, and that it is weighing up the option to produce a small-batch production run.

The Quantino has grabbed industry attention because it is powered by flow cell technology, which enables it to travel farther than (a claimed) 600 miles on one fill. It is driven by four electric motors - one on each wheel - and uses two fuel tanks of electrolytic fluids, one positively charged and one negatively charged. 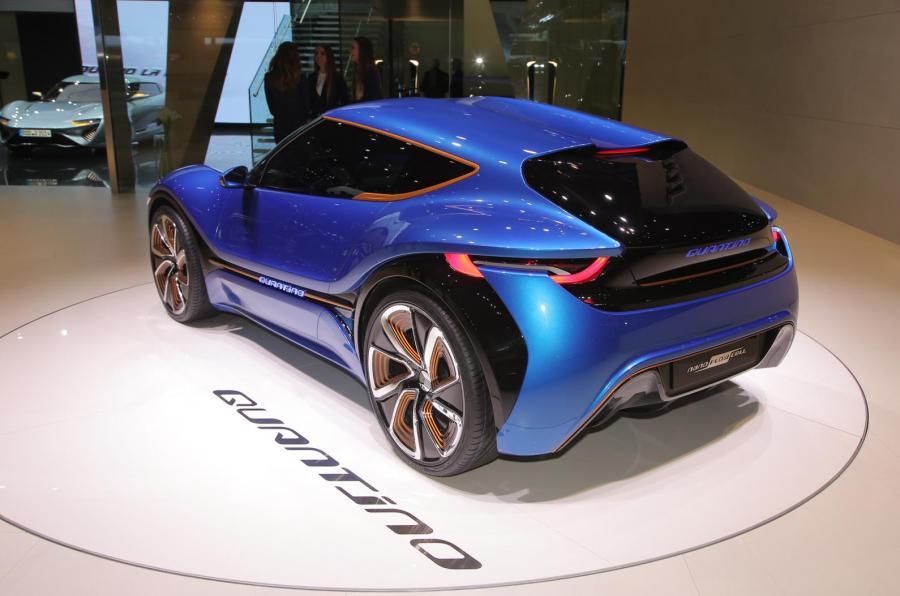 Normally, flow cells can be replenished by recharging like any other battery, or simply by replacing the fluid. The NanoFlowcell works differently. As it discharges, the water-based ‘ionic’ fluid electrolyte evaporates, leaving the storage tanks empty and ready for refilling. Quant cars can be refuelled at a pump using a two-pronged nozzle to fill both the ‘positive’ and ‘negative’ tanks at the same time.

Chief technical officer and inventor of the NanoFlowcell Nunzio La Vecchia says: “The ionic fluid is non-flammable and non-toxic, and there are no emissions or high pressures involved. As a result, he adds, on-board storage is straightforward and establishing a filling station network simple and relatively cheap.

When the Quantino concept was revealed in 2015, it used a low-voltage system of just 48V but “more than 200A”. In real terms, that meant the system could deliver enough electrical energy to power four 25kW, 134bhp electric motors and deliver a quoted top speed of more than 125mph. But while the near-production-ready car of 2016 also uses a 48V system, its combined power output is rated at 108bhp.

The car maker omits to mention the range of the new car, but the concept was claimed to be good for as much as 621 miles on one fill. Even with a hefty reduction, that’s still better than a large percentage of more conventionally powered vehicles. The lithium ion battery-powered Nissan Leaf, for example, can cover only about 124 miles, while a 1.0-litre petrol-engined Skoda Citigo can manage about 500 miles to a tank.

NanoFlowcell wants to open a feasibility study this year to decide on the Quantino’s future. Its display at the Geneva motor show will therefore be useful in gauging the reaction of potential buyers, as well as to boost interest in this technology. 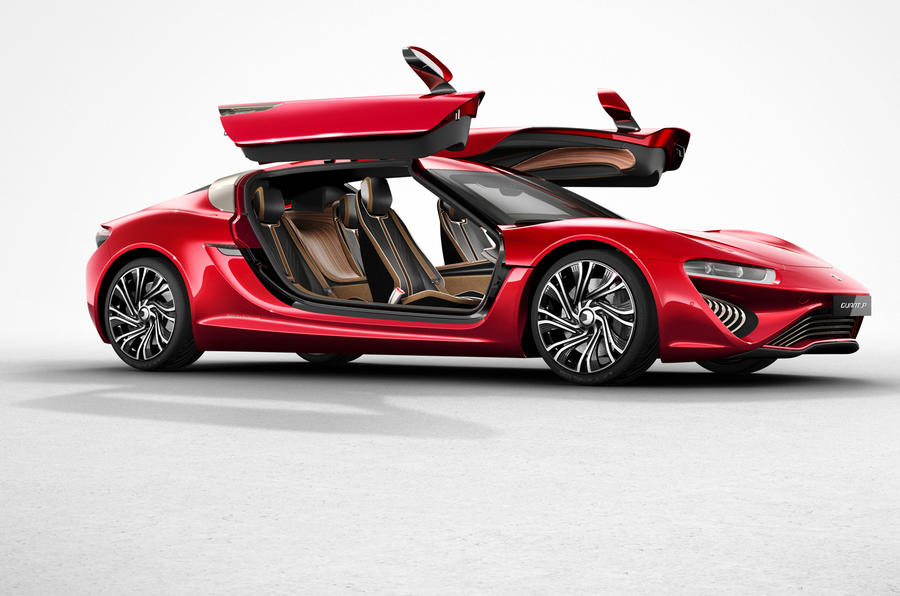 Alongside the Quantino, NanoFlowcell will also show its Quant FE sports car (above). This four-seat concept also uses flow cell technology, but its powertrain has been developed with performance in mind. The four-wheel-drive concept is claimed to produce 1075bhp and be capable of accelerating from 0-62mph in about 2.8sec, a time that would place the zero-emissions vehicle alongside the fastest hypercars of today.

Interestingly, NanoFlowcell is also labelling the Quant FE as “near-series maturity”, suggesting that it too could influence a production model in the future. The car maker says the model has been completely redesigned since its 2015 launch, “with a keen eye on homologation requirements”.

Despite such promise, we won’t know if either model will actually make production until later this year, but NanoFlowcell’s technology is undoubtedly intriguing. Experts say its power could be applied to other industries, for example, the ionic fluids could be used to store energy for the electricity grid during off-peak hours, and the drivetrain itself could be developed to offer power in other modes of transport such as trains, lorries, planes and even space flight.

The Quantino looks fantastic, and is a great size. I would be happy to see this car appear with normal technology. But there is more... If the technology works, it will be amazing.
topsecret456987 3 February 2016

What is the energy input

What is the energy input required to produce the Ionic liquid, and what will be the long-term cost to the environment by extract those resources (e.g Quarrying, processing, distribution, disposal, rare earth minerals, fossil fuels, waste generation)? I am sure its far better than simply burning stuff, but maybe these are not the question "eco-consumers" ask. Besides, it is interesting.
xxxx 3 February 2016

Like how long would it take to charge at home via a plug or charge unit. If it then did 600 miles I couldn't see much of a need to fill up a 'electric fluid' station. Also, they say they could go into production THIS YEAR, but have they actually made a working example?? Wish them luck anyway
EndlessWaves 3 February 2016

Like how long would it take to charge at home via a plug or charge unit. If it then did 600 miles I couldn't see much of a need to fill up a 'electric fluid' station. Also, they say they could go into production THIS YEAR, but have they actually made a working example?? Wish them luck anyway

The article says the fluid evaporates so you have to replace it rather than recharge it, and unless it's water based you won't be able to do that at home.

Re-reading the article it does say it's water based, so a home charging station may be possible. Filling up times would presumable be the same as petrol but how much fuel you could generate a day I've no idea.