BACK TO ALL NEWS
Currently reading: Dendrobium electric hypercar with Williams F1 engineering - new pics and video
UP NEXT
Bentley Batur: new Mulliner car to arrive on 21 August

Singapore’s first hypercar benefits from Formula 1 technology; it will make its debut at the Geneva motor show
Open gallery
Close

New images and a video have been released for the Dendrobium, a new all-electric hypercar developed by Singapore electric mobility company Vanda Electrics and Williams Advanced Engineering.

The two-seater, which is the first hypercar to come out of Singapore, features advanced drivetrain and aerodynamic technology that benefits from Williams’ experience in Formula 1.

The pictures and video show some close-up detail of some of the concept's features, including the interior and rear.

No technical details have been released, but the car is described as using electric drivetrains, suggesting a multi-motor setup has been employed that makes use of technology from Williams’ hybrid F1 units.

The car’s exterior has been designed with a focus on downforce and aerodynamic performance, and the first two images reveal how extreme the resulting shape is. At the front, the car’s nose features large openings to work the air, while at the back, a large, fixed rear wing extends across the body’s full width. The teardrop-shaped roof is reminiscent of those used by prototype racers, as is the large diffuser that pokes out of the back.

F1-derived composite technology has been used to create the car’s structure. While no details have been released as of yet, the images show exposed carbonfibre, suggesting Williams has produced the monocoque in a similar style to its F1 racing tubs. 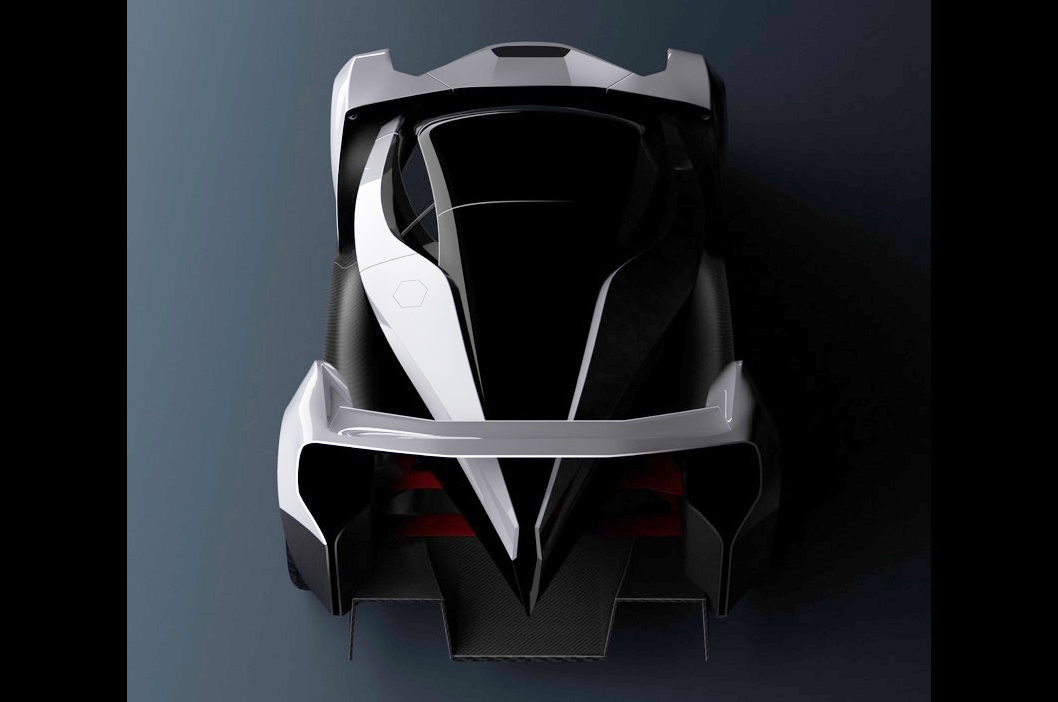 The car gets its name thanks to its doors, which open automatically in a similar way to a Dendrobium flower, a native orchid species of Singapore.

Inside, the Dendrobium features leather upholstery that’s been provided by Scotland’s Bridge of Weir Leather Company. The material comes from heritage breeds and is described as the lowest carbon tannery and leather product in the world.

“Dendrobium is the culmination of Vanda Electrics’ expertise in design and technology,” said Vanda Electrics CEO Larissa Tan. “[The car] is inspired by nature and rooted in technology, a marriage of design and engineering. I can’t wait to reveal the car to the world in March.”

The car will make its debut at this year’s Geneva motor show. While the display model will technically be a concept, it is described as being close to production ready.

The Dendrobium is the third hypercar to be developed with an F1 partnership in recent months. The Aston Martin AM-RB 001, which was co-engineered with Red Bull Racing, was shown last summer, while the Mercedes-AMG Project One, which benefits from the German brand's F1 arm, is set to arrive later this year.

Personally... I wouldn't want an electric hypercar. I can think of several smutty innuendo to explain why(!) but let's just say that having such a car without the sound of an internal combustion engine is just not something I would ever want. The scream of a V16, V12, V10, V8, 5, certain 4's, 3's and even 2 and 1 cylinder, whether it's car, bike, train or plane, 4 stroke, 2 stroke and even rotary, is of maximum importance for me. I admire the technology and the performance but they are, and always will be, soulless.
DdWorks 22 January 2017

Lamborghini Egoista... perhaps with an extra seat for a more deserving passenger.

Another hypercar how many more?

Answer: The more the better. It enriches the world, techically and artistically.
Robigues 18 January 2017

Another hypercar how many more?

Are you new here?

Another car only the Elite

Another car only the Elite can afford