BACK TO ALL NEWS
Currently reading: 2016 Porsche 718 Boxster revealed
UP NEXT
New Kia EV9 primed as premium electric range-topper

The most powerful version of Porsche’s all-new, turbocharged four-cylinder petrol engine  will have a capacity of 2.5 litres and produce up to 345bhp in the facelifted Boxster S.

The model, which has been renamed 718 Boxster S following Porsche’s decision to resurrect its hallowed 718 nomenclature, has been given its first public airing at the Geneva motor show in March. The revised two-seater will be joined by the more keenly priced 718 Boxster, which runs a 2.0-litre variant of the horizontally opposed four-cylinder turbo engine making 296bhp.

Read our full review of the Porsche 718 Boxster here

Distinguishing the 718 Boxster and 718 Boxster S from the outgoing models is a series of styling changes, including a new front bumper sporting larger cooling ducts, and larger air ducts in front of the rear wheel arches. The rear sports a distinctive new accent strip between the tail-lights to give additional visual width.

The 718 Boxster is the first Porsche to be powered by a four-cylinder engine since the 968 ceased production in 1995. Development of the new unit was overseen by Wolfgang Hatz, the head of Porsche’s research and development operations suspended in the aftermath of parent company Volkswagen’s dieselgate affair. 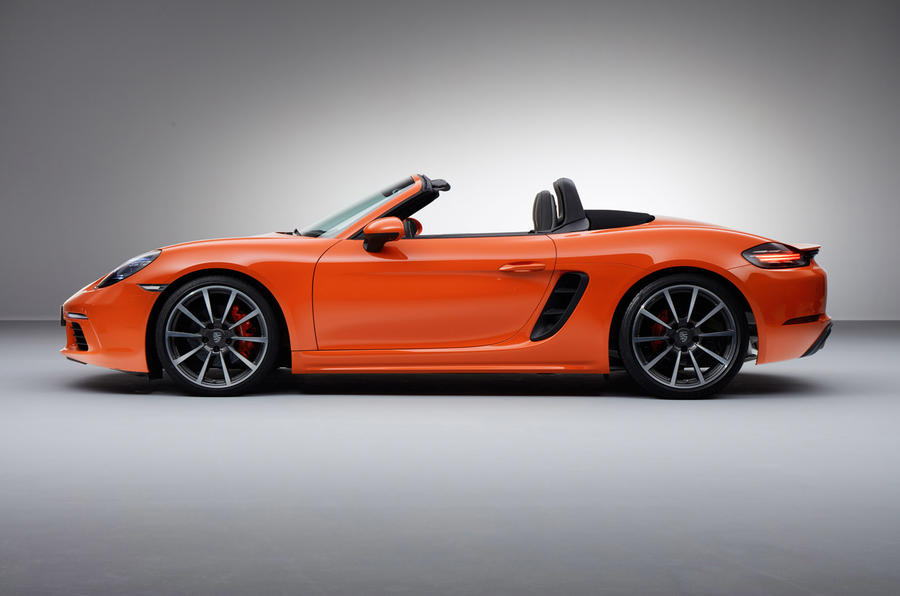 The new engine is also earmarked to replace the existing flat six in the 718 Cayman.

Significantly, peak torque appears 1500rpm earlier in the rev range than with the old six-cylinder unit, leading to what Porsche describes as “added levels of low-end urge and greater mid-range flexibility”.

The 718 Boxster S  receives a larger, 2.5-litre variant of the flat four turbo powerplant in place of the naturally aspirated 3.4-litre six-cylinder unit currently used. With 345bhp and 310lb ft between 1900 and 4500rpm, the new engine offers a 25bhp increase in output over the  unit it replaces, along with a 37lb ft lift in torque.

As before, the most affordable of Porsche’s  sports car models offer the choice of a standard six-speed manual or optional seven-speed PDK dual-clutch automatic gearbox, the latter of which has been updated  with a new software package that’s said to provide added fuel-saving potential.

Porsche says the 718 Boxster has a 0-62mph time of 4.7sec and a 171mph top speed when fitted with the optional PDK gearbox, bettering its predecessor by 0.9sec and 5mph respectively.The 718 Boxster S has claimed figures of 4.2sec  and 177mph, in the process beating the official 0-62mph time of the 380bhp 3.8-litre  six-cylinder Cayman GT4  by 0.2sec. 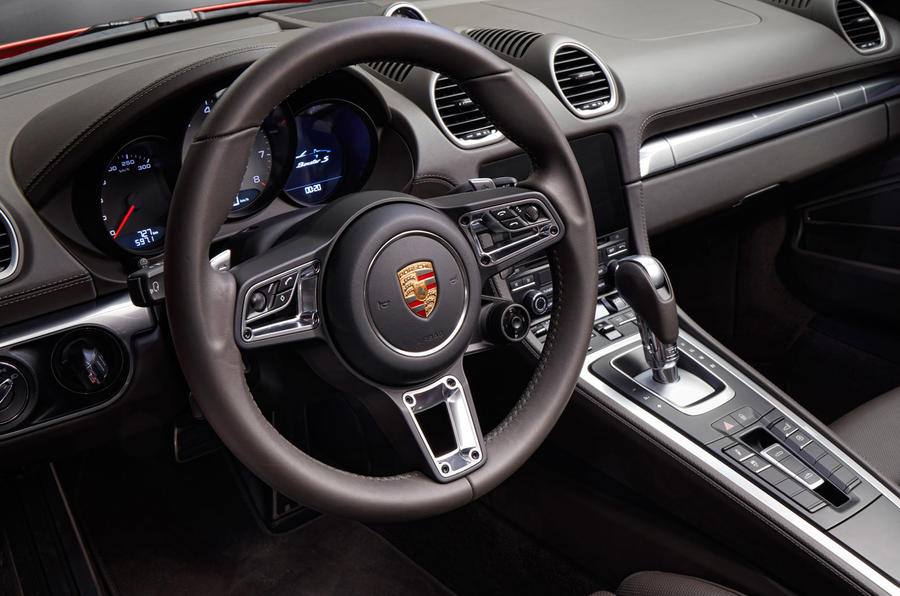 As well as providing added power, the new four-cylinder engine also brings a significant improvement in fuel economy over the outgoing six-cylinder engine. The 718 Boxster returns a claimed 40.9mpg on the combined cycle and the 718 Boxster S promises 38.7mpg in combination with the PDK gearbox, representing improvements of 5.1mpg and 4.2mpg respectively. 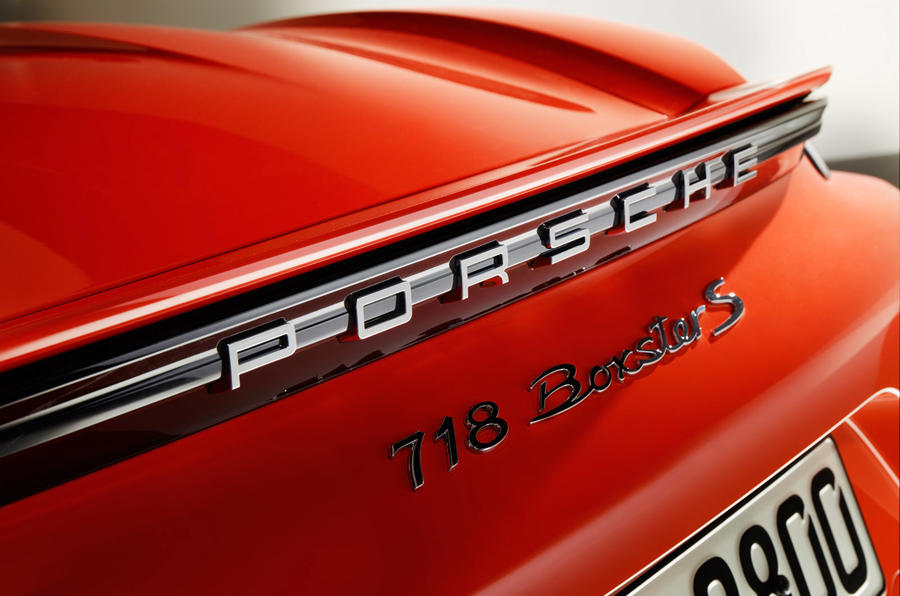 Along with the new engine, the 718 Boxster features what Porsche describes as a “sportier tuning of the chassis”. Among the changes is a revised electro-mechanical steering system that is said to be 10% more direct than the set-up used on the outgoing Boxsters. Porsche’s Active Suspension Management (PASM) continues to be offered as an option, offering a nominal 10mm reduction in ride height over the standard suspension.

Speaking to Autocar at the Geneva show, Porsche Boxster boss Stefan Weckbach confirmed that far higher states of tune are available on the new flat-four engine. "350hp is not the end of the engine," he said "There is plenty of room for more."

Despite there being scope to develop the new engine further, Weckbach said there are currently no plans for Porsche to install the unit into other models, including the 911. Observers have likened the sound of the unit to that of a Subaru WRC car. The exhaust note is amplified into the cabin, officials have confirmed, but no extra software is used to enhance its sound.

Read our first ride in the Porsche 718 Boxster

Porsche can't win, every time they release a new car it's either too similar to the one preceding it and there is general castigation, yet whenever they do something new, altered lights, water cooling the flat 6, electric power steering, or turbocharging there is again much wailing and gnashing of teeth.
david RS 27 January 2016

This chap is SO tedious to read.

Everyone who even remotely cares knows that a turbo engine has a lower peak torque engine speed that a naturally aspirated one. Just not interesting information. What is the man telling us that isn't in the self-promoting brochure?
View all comments (11)