This is the Zenvo TS1 GT 10th Anniversary, a Danish supercar that's been built to mark its maker's 10th year.

Drive is sent to the rear wheels via a quick-shifting gearbox with helical-cut gears. Cogs are swapped in 40 milliseconds. The car's top speed is 250mph.

The car is an extensive redesign of the original Zenvo ST1, first shown at the Le Mans supercar parade In 2009. It is priced from close to £1 million. 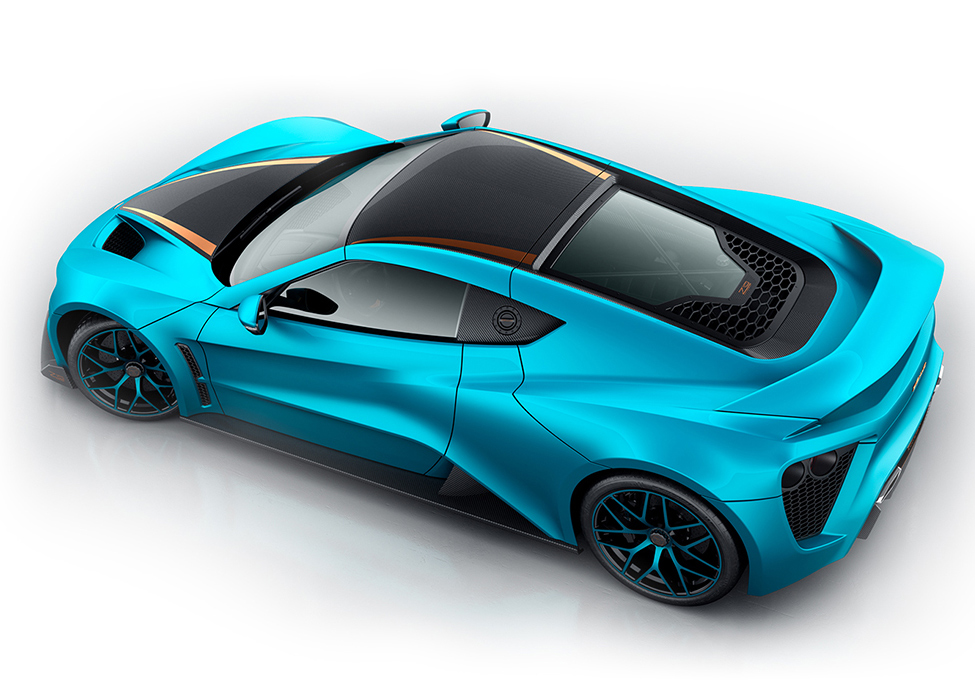 "It's a Phoenix car for us, literally. We've built a new factory on the Danish island of Zealand, our prototypes have been in Lapland testing a revolutionary new traction control system, and we'll soon announce details of a new dealer network in Europe, the UK and the US, designed to meet the needs of customers who are already waiting for our cars."

According to Gordon-Stewart, there is a continuing strong demand for big-power supercars like the latest Zenvo TS1 GT, which features a revolutionary "instant shift" manual gearchange. However, the company is preparing for the future by developing a hybrid EV, understood to draw on much of the car's existing hardware.

Zenvo, whose original prototype made an infamous TV debut by catching fire during early tests, is on the point of establishing an advisory board of supercar experts  - a plan once used by Lotus - which is understood to include the McLaren F1 designer Peter Stevens, a long-time associate of Gordon-Stewart.

The Zenvo ST1 packs a 1104bhp 7.0-litre V8, and it might be the first car to make Denmark synonymous with supercars

Hopefully... Zenvo this time round can make it by convincing customers to buy its supercharged, turbocharged supercar.
scrap 4 March 2017

I wonder how many customers

I wonder how many customers have already had delivery of a Zenvo car. Using the word 'Phoenix' suggests the past decade has not quite been as successful as they might have hoped.