Taiwanese car manufacturer Thunder Power has made some bold claims for a new electric saloon that it hopes will take on the Tesla Model S in 2019.

A pre-production prototype of the TP-01 is on display at the Frankfurt motor show, two years after the first concept version was revealed at the same location, with claims of a 577bhp electric powertrain that offers a 404-mile (NEDC) range.

These numbers are for the range-topping version of the still unnamed saloon, which is set to have a production run of just 488 units, to signify its 488kW output. It's said to be capable of accelerating from 0-62mph in under 4secs. 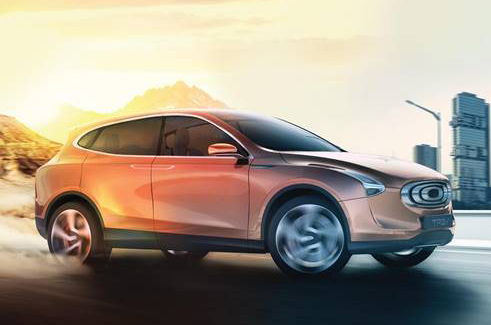 The car uses a 125kW battery pack, housed in an all-new, dedicated electric platform, which Thunder Power says offers two or all-wheel drive and torque vectoring from two or three motors, depending on the application.

Thunder Power started as a Taiwanese tool company in 1987 but has recently hired  Peter Tutzer and Franz Schulte in its attempt to make a move into the electric car market.

Tutzer is formerly of Bugatti and Lotus, while Schulte worked at Ford for more than 30 years.

Come on Autocar! Stop reporting useless stats such as Battery output power (230 or 320 kW in this article). This is a completely useless number when evaluating either the range or power of the car. Please report the battery capacity in kilowatt-hours (kWh).

Saing that an electric car has a 320 kW battery is pretty much equivalent to saing that a petrol engined car has a 40 gal/hr fuel pump. Neither of these figures tells how powerfull the engine actually is or how much energy/fuel the battery/tank can actually store (whats the range of the car).

My thoughts exactly: many people confuse power (Watts or Kilowatts) with Energy (Joules or Kilowatt Hours: one Kilowatt Hour = 3,600,000 Joules). Power is the rate at which energy is accumulated or used (i.e Energy divided by Time). If I recall correctly, the original Audi 100 was so-called because its engine produced maximum power of 100 KW. If you need an electric motor to produce, say, an average of 60KW for 5 hours, it would need a battery capacity (energy) of 300 Kilowatt Hours. To charge such a battery from flat from a domestic 230 Volt 13 Amp socket would take 100 hours! That is, 230 volts x 13 Amps = power of 3,000 Watts or 3KW for 100 hours. From a 400 Volt 3-phase industrial supply rated at 50 Amps, it would take, 15 hours. That is 400 Volts x 50 Amps = 20,000 Watts or 20KW for 15 hours. These calculations ignore energy losses in charging and discharging (primarily as heat) and limitations in the rate at which batteries can safely be charged.
Cyborg 16 September 2015

On the face of it seems to be a worthy Tesla competitor for less dosh? It will be interesting to see how they compare. With all these pure electric drive saloons starting to pop up everywhere, is there any real longterm future for Tesla? Or this company for that matter, for when the big motor companies start getting into this in a big way, with their huge economies of scale, can any these smaller less known and funded electric brands survive?
xxxx 16 September 2015

Much as I've been pro plug-in poster on this site for a very long time is it really possible to charge a 230kw battery from a normal power in six hours ? Other than that I look forward to seeing it in production.
View all comments (4)