Lamborghini has launched a more powerful drop-top Aventador at the Frankfurt motor show.

This is just one-tenth and 2mph down on its coupé alternative and ranks the V12 Lambo ahead of smaller open-roof supercars such as the Ferrari 488 Spider.

Like the coupé Aventador S, the Roadster gets an active rear wing and aerodynamic addenda to increase downforce by 130% over its predecessor.

The addition of the removable roof adds just 50kg to overall mass, bringing the total to 1625kg. 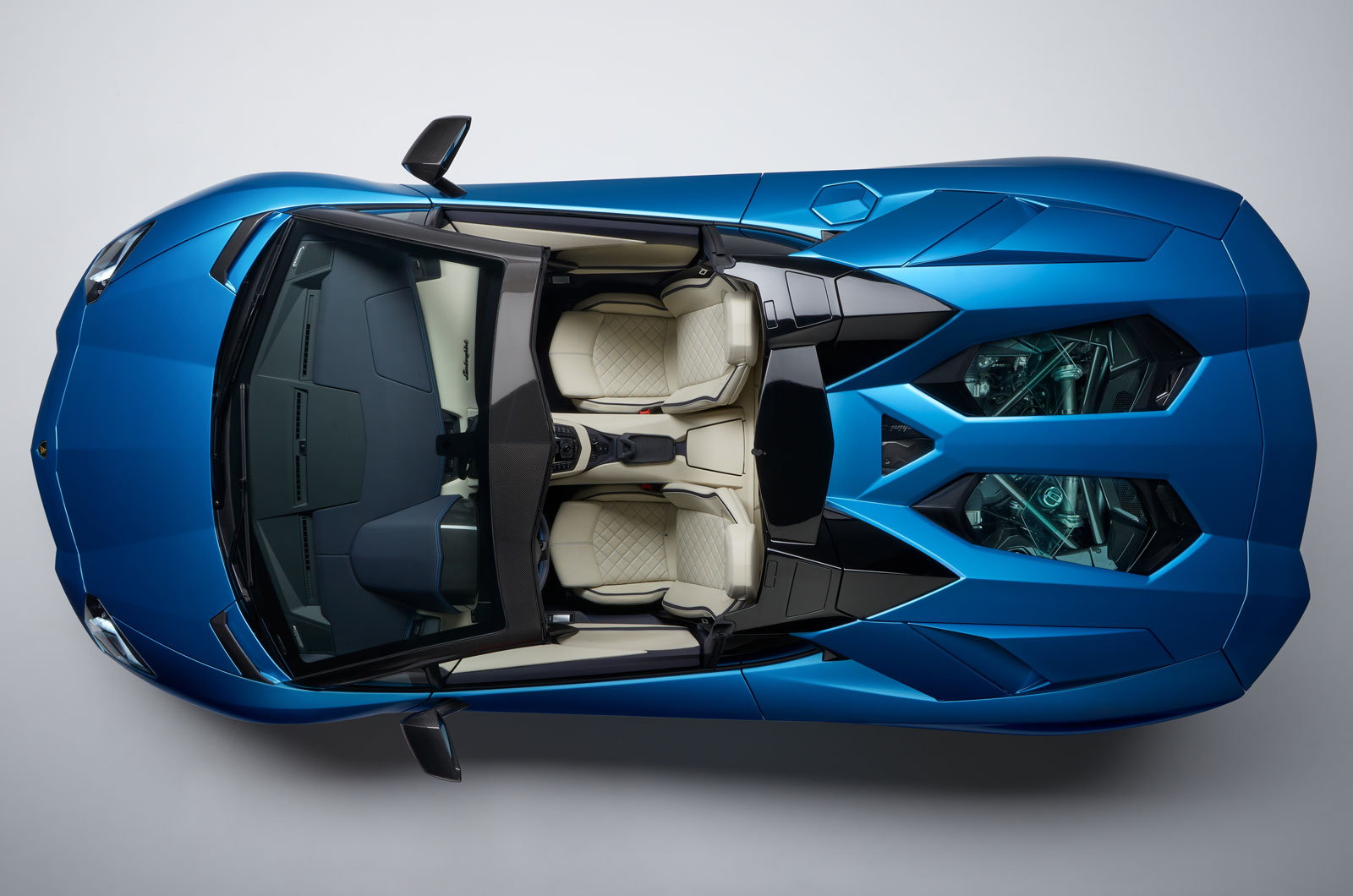 Drive is sent to all four wheels via Lamborghini’s seven-speed robotised Independent Shifting Rod, which is claimed to switch cogs in up to 50 milliseconds.

Following its reveal in Frankfurt, the Aventador S Roadster will go on sale in Britain priced from £301,754, making it £30,608 pricier than the regular Aventador S. First deliveries are expected in February 2018.

should be bank my stupid keyboard

Looks and sounds great but....

The Aventador still looks, and sounds, brilliant and still stops people in their tracks. However, since the Gallardo was introduced around 15 or so years ago I've always felt Lamborghini's hypercars have always seemed the need to justify themselves somewhat when their smaller brothers, the Gallardo and Huracan, are as fast, and are almost as spectacular to look at and hear, as the Murcielago and Aventador respectively but for a whole lot of cash less. Perhaps when the Aventador is next refreshed, or when it's replaced by an all new new model, Lamborghini will take its hypercar back up to the level of its rivals as use to be the case around 20 years ago. Otherwise, unless the stirring sound of a V12 engine is a must, the Aventador is very hard to justify.

hey if you are robbing a ban go for the Aventador

It is only other peoples money when all said and done.

I'm robbing a bank, anyone

I'm robbing a bank, anyone care to join me?