BACK TO ALL NEWS
Currently reading: BMW paints new X6 in light-absorbing ‘Vantablack’
UP NEXT
New Kia EV9 primed as premium electric range-topper

BMW has revealed a one-off, black version of its new X6 SUV,  finished in a shade intended to emphasise the silhouette of the second-generation model, and so dark it obscures most design details.

To be revealed at Frankfurt motor show, the model has been finished in ‘Vantablack’ paint by Newhaven-based Surrey Nanosystems. The non-reflective colour can make an object appear two-dimensional and, as a result, is “a rather unsuitable vehicle paint finish” according to BMW.

Asked why the new X6 will be painted in this way, the model’s designer, Hussein Al Attar, said: “Internally, we often refer to the BMW X6 as “The Beast.” I think that says it all. 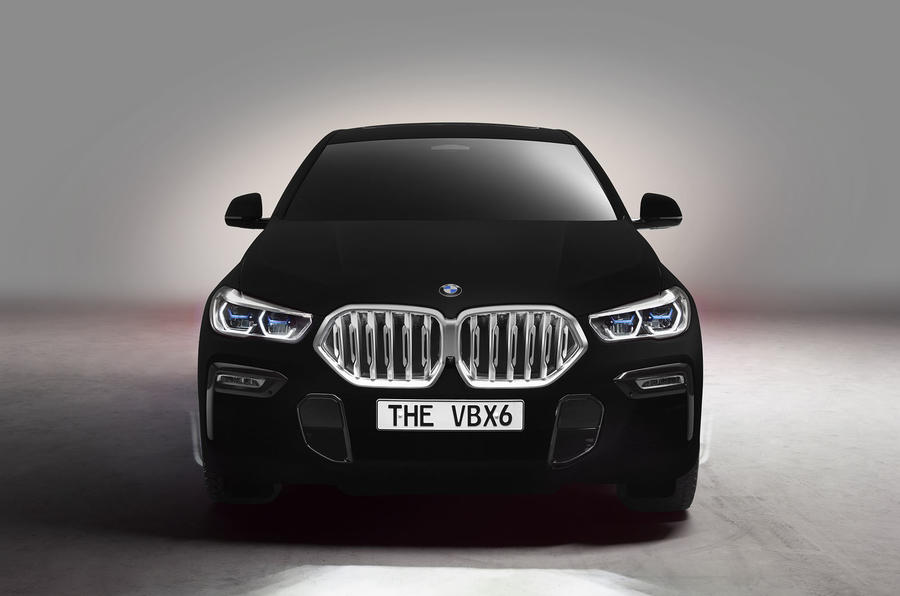 “The Vantablack VBx2 finish emphasises this aspect and makes the BMW X6 look particularly menacing. Moreover, the BMW X6 has always been the most provocative and in-your-face model in our portfolio. So why not emphasise this even further, with a finish that simply captivates the viewer’s attention?”

‘Vanta’ stands for Vertically Aligned Nano Tube Array, and refers to the microscopic carbon structure that forms the basis of the finish. Each strand is 5000 times thinner than a human hair, at 14-50 micrometers long and 20 nanometers in diameter.

Each square centimetre of the one-off X6 contains around 1 billion nanotubes, which absorb rather than reflect light, and effectively convert it to heat.

The technology was originally designed for use in space exploration; its propensity to reduce glare and bleaching means it is suitable for coating aluminium and optical components. 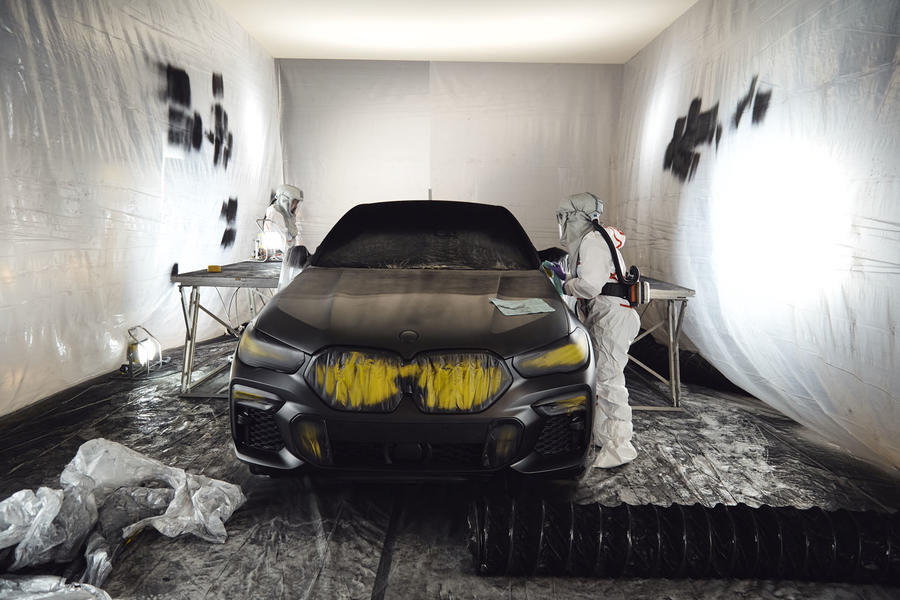 Ben Jensen, founder of Surrey NanoSystems, said: “We turned down numerous requests from various automobile manufacturers in the past. It took the BMW X6 and its unique, expressive design for us to entertain the idea.”

The company’s first Vantablack paint was launched in 2014, and was claimed to absorb 99.965% of light. Jensen said this product would not have been suitable for the X6 as “ as the viewer would have lost all sense of three-dimensionality”.

The show car will make its public debut at Frankfurt, alongside the production X6 and the bulletproof X5 Protection VR6.

The story behind the perfect carbonfibre finish​

Do not park in direct sunlight

WARNING: Do not park or spend long periods in direct sunlight. May slow roast occupants.

Yes the new grille design language does seem a bit Dubai chintz but I still like BMW. Their diesel engines are exceptionally efficient and my 4 year old straight six diesel X5 can easily match the fuel economy of my wife's 2 litre mild hybrid Volvo. So I think BMW will be around for quite a while longer.
Cersai Lannister 28 August 2019

The British BMW boys at Bracknell must have had a sinking sense of horror as this press release went out to Autocar. The obvious inference that this car might, and on recent evidence likely will, be another Bavarian stylistic travesty can't have been lost on them.

The designers might call it "The Beast" and they would be on-point - an untamed and often unattractive creature, often of dubious provenance. But to send this out and assume it would not be ripped to shreds for its creative vacuity was either naïve or simply giving up. Whoever runs BMW GB PR should have seen this coming and quietly lost the photos.

I’ve adored many BMWs but the X7 and M1 Homage/montage made me realize that they are simply lost and the The Beast is far from being The Best in looks and once more image. A BMW we all love to hate should have never happened and this first PR fumble is a nail in the coffin of the latest Excess Six, an answer to a question nobody was asking. Add it alongside the Evoque Cabrio, BMW Active cars, Jaguar XE, etc….