BACK TO ALL NEWS
Currently reading: Insight: what does the future hold for the Detroit motor show?
UP NEXT
New Aston Martin DBR22 is £1.5m, V12 speedster

Insight: what does the future hold for the Detroit motor show?

The Motor City event is set to move to June and become a car festival, aping the Goodwood Festival of Speed
Open gallery
Close

Major motor shows present windows on the future of motoring – but in recent years, the very future of those shows has come into question.

Increasingly, car firms are shying away from spending huge sums on massive stands to display parked cars in soulless convention centres. Instead, they’re holding their own events or using the internet to showcase their products directly to more people at a fraction of the cost.

First run in 1907, the Detroit motor show was for decades the cornerstone event of the US car industry calendar. But reflecting the decline of the car industry it serves and the city it’s based in, the event, officially known as the North American International Auto Show, has struggled in recent years.

There were around 30 new cars launched this year, down from 69 just one year ago. While its location in the home of the US car industry ensures a decent turn-out of US firms, international brands are staying away. Volkswagen was the only major European firm to launch a new car at this year’s event: the US-market-only Passat.

Mercedes-Benz, for example, chose to launch its CLA at the CES tech event in Las Vegas earlier this month, bidding to reach a wider audience.

“In the last decade, technology has changed the behaviour of manufacturers and consumers,” says event chairman Doug North. “Firms are choosing to launch cars in different ways.”

North’s team has already taken some moves to address the decline, three years ago launching the Automobili-D event that explores the future of motoring. And bolder steps are coming in 2020: the show will move out of the winter date it has occupied since it was first held 112 years ago, switching to June. That will likely lead to a further reduction in new car launches, but the event will have a different brief: expanding into a car-themed festival.

Better weather (Detroit averages 21deg C in June rather than -7dec C in January) will allow the use of a 14-acre outdoor site alongside the Cobo convention centre, enabling live displays, driving demonstrations, concerts and other elements. 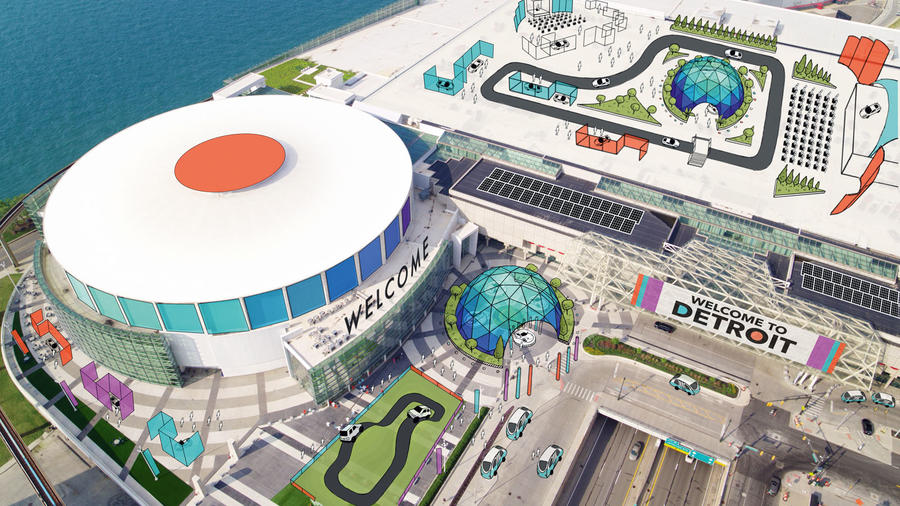 North describes the date shift as “another evolution” of the event, comparing it with the show’s shift to become part of the international motor show calendar in 1989.

North says the change will create a better experience for visitors and be more relevant to manufacturers. “They can have moving displays and an indoor stand,” he says. “It gives them opportunities they haven’t had previously.”

The event will be two days shorter and the set-up time will be greatly reduced, making it cheaper for exhibitors.

If the mix of big stands, driving demos and a festival sounds familiar, the organisers have taken inspiration from the Goodwood Festival of Speed, among other events. The Cobo centre is next to Detroit’s waterfront and ever-improving downtown, and North hopes the setting can be just as evocative as Lord March’s estate. “We can give manufacturers options now, from a traditional stand to an outdoor stage by the water or a downtown plaza,” he says. 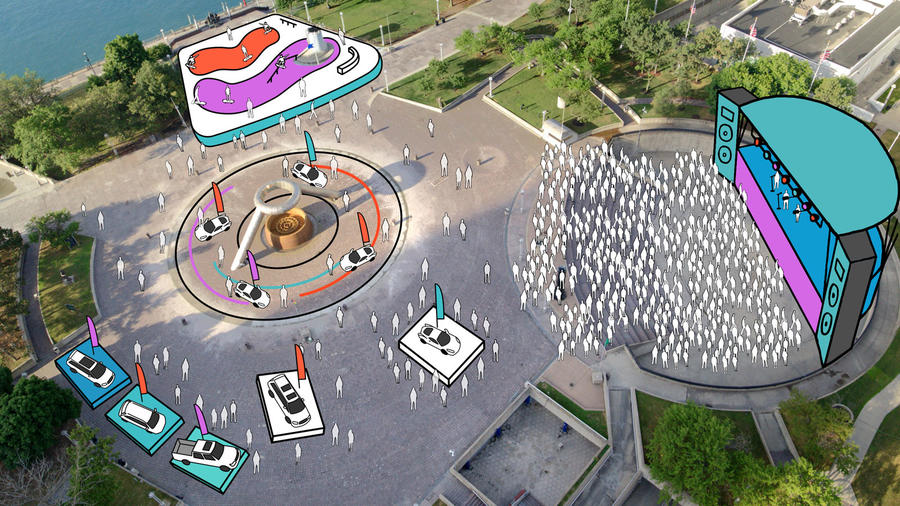 The new date also reflects the changing relationship between event and city. Originally, the show was used to draw in visitors out of season, but with Detroit’s well-documented struggles, the hope is that the event can help accelerate its recovery by showcasing the city at its finest.

Although this year’s event was Detroit’s final January show, there were previews of its future. The absence of firms such as Mercedes and BMW opened up space in the hall for Ford and Kia to feature stands with moving cars that gave passenger rides.

“In 1907, our first show was in a park,” says North. “Sixty years ago, it was in a hall with carpet on the floor and little else. This is just the evolution of the motor show.”

Motor shows / reveals are for

Motor shows / reveals are for dwindling numbers of enthusiasts.

Has anyone ever been to a washing machine show (other than appliance technicians :) ) ?

Difficult to get excited about a conference hall full of samey SUVs.

Annoying posts like the above have an email address of support@gadget-rumours.com on their website, so if you feel the need of PPI, morgage,STD infection etc advice please use it and maybe they're stop spam'ing