BACK TO ALL NEWS
Currently reading: 2016 Mercedes-AMG S65 Cabriolet revealed
UP NEXT
Volkswagen ID Aero is EV Passat equivalent with 385-mile range

The Mercedes-AMG S65 Cabriolet has been revealed at the Detroit motor show.

Available to order in the UK from April, with deliveries beginning in the summer, the S65 Cabriolet receives the same upgraded twin-turbocharged 5.5-litre V12 as the recently introduced S65 Coupé.

Now assembled at parent company Mercedes-Benz’s factory in Mannheim rather than on site at AMG’s Affalterbach headquarters, the three-valve-per-cylinder powerplant produces 621bhp at 4800rpm along with 737lb ft between 2300 and 4300rpm.

The reserves are channelled to the rear wheels through a seven-speed automatic gearbox with three drive modes: Controlled Efficient, Sport and Manual. The car sits on standard 20in wheels shod with 285/35 tyres. 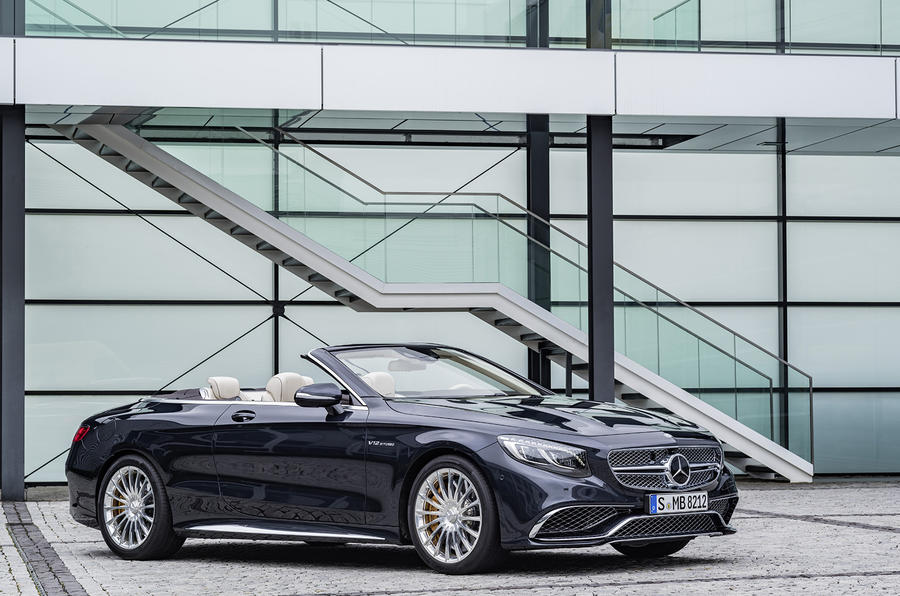 Despite carrying an extra 175kg brought on by the added bracing incorporated within its platform, Mercedes-AMG says the 2180kg S65 Cabriolet boasts the same 0-62mph time as the 2035kg S65 Coupé at 4.1sec.

Top speed for the new AMG model is nominally limited to 155mph, although buyers can choose to raise it to 186mph with an optional Driver’s Package that includes uprated tyres. Combined cycle fuel consumption is put at 23.5mpg, with CO2 emissions rated at 272g/km.

The range-topping S65 Cabriolet is visually differentiated from other S-Class Cabriolet models through its more liberal use of chrome within the air ducts incorporated in the front bumper, a unique wheel design, V12 bi-turbo badges along the flank, a high gloss black diffuser, quad-trapezoidal shaped tailpipes and S65 identification at the rear. 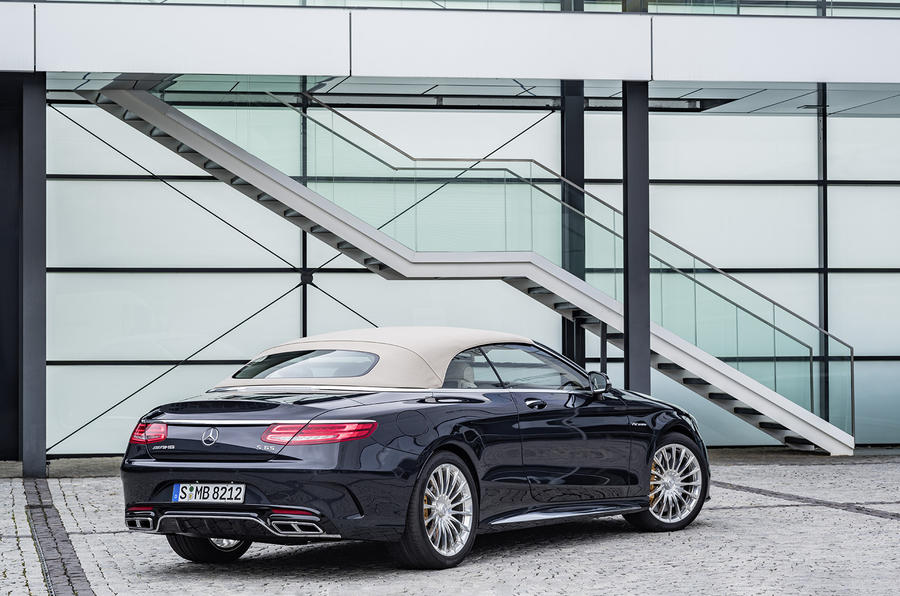 The multi-layer fabric roof is available in black, dark blue, beige and dark red. It can be opened and closed on the move at speeds of up to 31mph, with the whole process taking a claimed 17sec.

Inside, the luxurious new four-seater receives Mercedes-Benz’s Aircap wind protection deflector, Airscarf heating elements in the backrests of the front seats and heated armrests among a raft of upmarket features, all of which are carried over from the S65 Coupé.

This is a beautiful thing

It looks perfect for cruising around the Côte d'Azur. The only problem is the Mercedes badge, which these days I associate with poor quality, clattery diesel engines, rust, recalls and electronics so temperamental that they would make a Seventies Alfa Romeo blush.
gigglebug 15 December 2015

Will this be the first standard (ish) non supercar/Maybach Merc to reach 200K?? Would there have been any Merc's in the past as expensive if you took inflation into account?
papagomp 15 December 2015

I think the old 600 Pullmans

My neighbor has a Mercedes

My neighbor has a Mercedes camper. Guy down the road does Uber with a Mercedes. Stop messing about and get me a Bentley.
View all comments (6)