BACK TO ALL NEWS
Currently reading: Hyundai and Uber unveil electric flying taxi concept
UP NEXT
Jaguar boss signs off plan for radical new EV line-up

Korean car firm Hyundai has teamed up with ride sharing service Uber to develop a Personal Air Vehicle (PAV) concept that could be used as an electric flying taxi in the future.

The S-A1 concept, unveiled at CES in Las Vegas, can carry up to four passengers, is capable of vertical take-off and landing and has a cruising speed of 180mph at an altitude of 1000-2000 feet above ground. Hyundai said the machines will initially be piloted but are capable of becoming fully autonomous eventually.

While a pure design concept at this stage, the S-A1 is intended to be capable of trips of up to 60 miles and is capable of being recharged in five to seven minutes at peak times. It will be propelled by multiple small propellers positioned around the frame; Hyundai says this layout both reduces noise compared to a large helicopter rotor and aids safety by minimising the impact of any single point of failure. 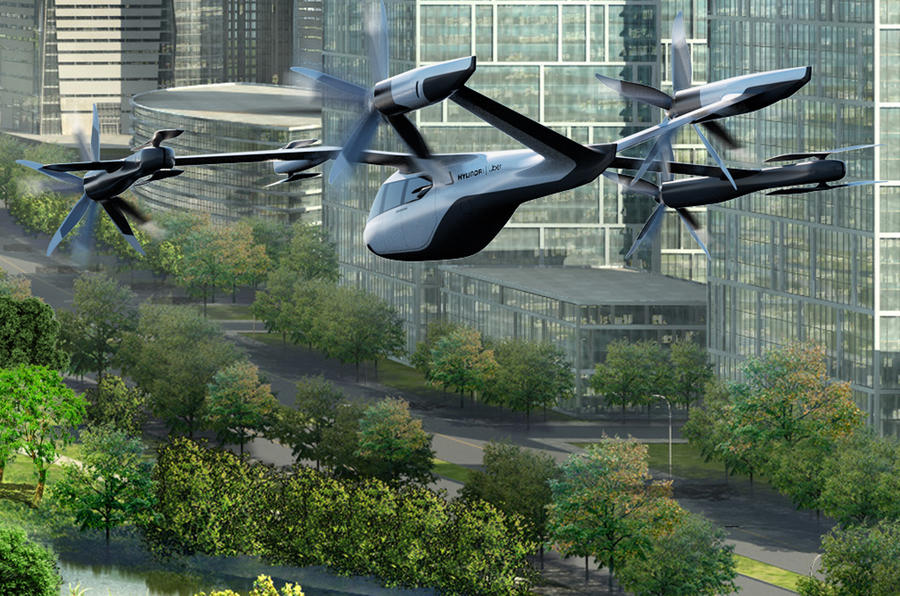 Hyundai presented the S-A1 at CES as part of a wider "vision for urban mobility", showcasing potential transport solutions for cities in the future.

The PBV, which can be between four and six metres long, is conceived with a separate chassis and upper bodies, allowing the interior to be customised for various purposes. 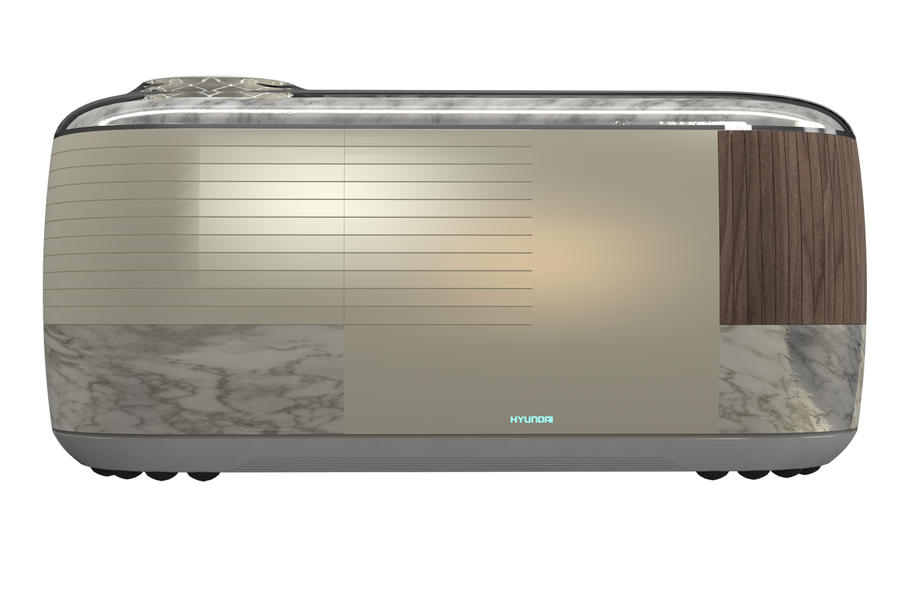 Examples of potential uses given by Hyundai include a restaurant, coffee shop and hotel, with those services available as users are taken to their destinations. It could also be customised to individual needs and used as a living space.

Hyundai says the PBV can be charged while in use by other PBVs that function as battery packs.

The PAV and PBV concepts are linked in Hyundai’s proposed mobility system by a Hub, a new ‘mobility space’ that has a ‘skyport’ for the PAV on top, with PBV docking stations underneath. Hyundai believes the Hubs can also serve as multi-function community spaces.

No pun intended but, isn't a flying car dead in the air?