BACK TO ALL NEWS
Currently reading: Lada boss sets out road to recovery with new plan
UP NEXT
New 2021 BMW M5 CS sets records for pace and power

Lada boss sets out road to recovery with new plan

Lada boss Bo Andersson has unveiled a new plan which will see the company return to a 20 per cent market share in Russia by 2016. In addition, the brand wants to be building one million cars per year by the end of the decade.

The move comes following news that Lada’s parent company Avtovaz – now owned by Renault-Nissan – will be cutting back production in Russia by 25,000 units for three months over fears of poor demand in the country.

“Our first focus is Russia. This is a very competitive market and if we’re not competitive here then we can’t be competitive elsewhere,” he said “ But what we are also thinking about is our key export markets. Germany has always been a big market for Lada, as is Sweden and Egypt.

“The first focus is the Russian federation, then the former Soviet Union and finally export markets. If we’re not successful here [in Russia] then we won’t be in those countries.”

Building that success will involve turning some customer’s perceptions of Lada around. As Andersson says: “When we look at the customers half don’t like us and half love us.

“The most important thing is that we need to improve service at the dealers. People come to the dealership and they say parts aren’t covered by warranty. We’ve created new rapid deployment forces which can go out and fix an issue. We are rebuilding loyalty.

“Nobody will buy a Lada if we’re not competitive, so we’re also improving quality. People want a good gearbox, good steering, good brakes and air conditioning. For most customers that’s enough, they don’t want all the electronics, just the things they need.”

Despite the country's uncertain future, though, Andersson remains optimistic: “We plan for the worst and we hope for the best.

“The big thing that is happening this year is that five million used cars will be sold [in Russia]. Now we can say why buy a three-year old European car when you can buy a new Lada for the same price?” 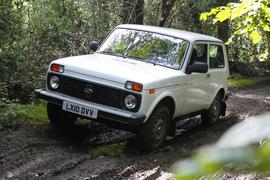 I think they should sell

I think they should sell these as a small operation in Western Europe. These concepts are styled quite beautifully, that WTCC racer especially is pretty damn delicious to look at, and a road-going version would probably sell a few models to a niche performance market. Price it about the same if not lower as the upcoming Mustang and the already present 370Z, slap in a motor with 300bhp and you've got your market.
androo 29 August 2014

Politics may get in the way of these plans

Maybe this is the sort of thing that will persuade Russia to play a little more nicely with the rest of the world. You can't sell cars to the world when you're isolated, no matter how good they are. Renault must be worried about how things are going to pan out.
Carmad3 29 August 2014

Quite agree Russia needs to build the world's trust before they should even consider selling these Ladas to the west. Russians lie, we know that, so how could you believe anything Lada tells you about their cars