A rise in new car exports failed to stop UK car production dropping 2.1% year on year in January, making it the fifth successive month of decline for the industry.

The latest figures from the Society of Motor Manufacturers and Traders reveal that 118,314 new cars were built in the UK last month, compared with 120,890 in the same period in 2019.

Despite the drop in overall output, the number of cars built for export increased by 4.1% to 97,870, accounting for 82.7% of the UK’s total output. The SMMT attributes this uptick to rising demand in key Asian and European markets for new models from UK-based manufacturers.

The rise in overseas demand was in contrast to a sharp drop in domestic production, which was down 23.9% to 20,444 units in light of “continuing weak confidence”, according to the organisation. This was the driving factor behind last month being the worst January for UK car production in nine years.

SMMT chief executive Mike Hawes said: “Exports are the bedrock for UK car manufacturing so a rise in January exports is welcome following recent declining demand in overseas markets. These figures, however, still give great cause for concern, with another month of falling car production driven by a lack of confidence and corresponding weak demand in the UK.

“The upcoming Budget is an opportunity for the government to provide supportive measures to stimulate the market, but the biggest boost would be the agreement of an ambitious free trade deal with Europe.” 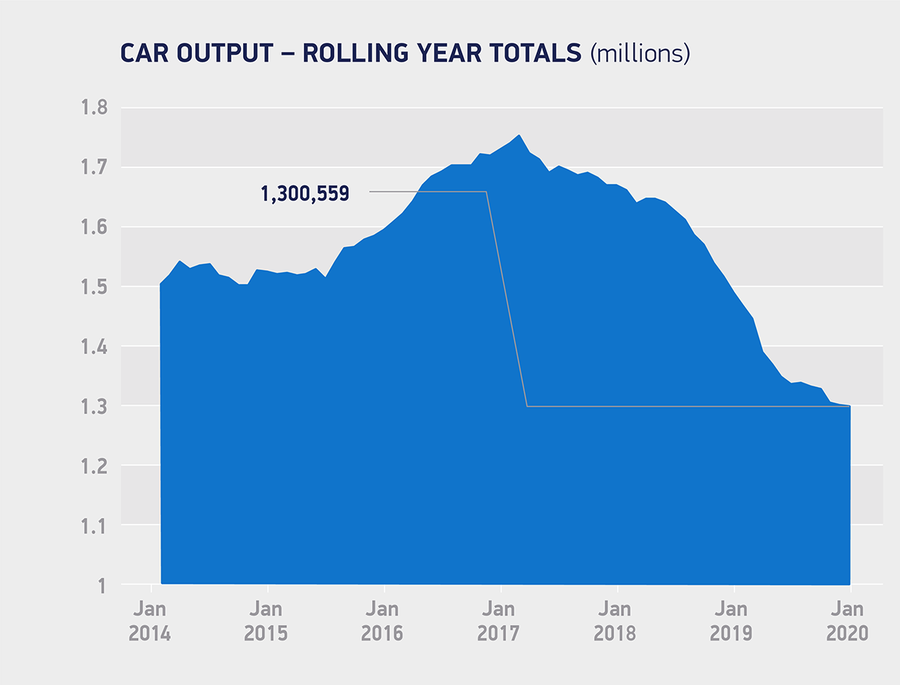 The statistics behind a decade of change in the car industry​

The virus is going to kick

The virus is going to kick the shit out of the markets in the first few quarters of this year if not longer (but hopefully not). Especially in China.

With the new tax rules around combustion vs electric cars from April 2020, I suspect a lot of

people and businesses are doing some serious research on what car / cars to get next.

With 0% BIK, and salary sacrifice scheme. It's worth doing some research and not going for

Also there's a lot of interesting new cars coming out in the second half of the year.

I guess people are just making sure they won't miss out.

I was considering replacing

27 February 2020
I was considering replacing the wife's car soon, but the rapid demonisation of diesels has meant her current vehicle has plummeted in value far sooner than it should have. Making the leap to a new one a lot harder and we are far more reluctant. Wonder if the government will pay compensation? haha!

The UK is such a great place for the motor car, why more people aren't rushing to get into motoring at the moment is beyond me. Think of all those cities you are no longer allowed to drive in and it just gets more and more attractive.