BACK TO ALL NEWS
Currently reading: Toyota and Hyundai connect to the Internet of Things
UP NEXT
New 2026 Polestar 6 confirmed as 874bhp evolution of O2 concept

Toyota and Hyundai connect to the Internet of Things

Toyota and Hyundai have become the latest in a growing list of car manufacturers to invest in connected car technology, which will see their future models connect with the Internet of Things (IoT) and data clouds.

The two Asian manufacturers have both expressed their intent to connect future models with smartphones, home networks and urban infrastructure, and both have begun investing in the development and testing of such systems.

Toyota’s recently launched Connected division will expand the brand’s links with Microsoft and the use of its Azure cloud technology. It says the systems will enable future vehicles to intelligently integrate with other forms of connected technology, helping to streamline the relationship the car has with other technologies used in daily life.

Hyundai’s newly revealed Roadmap technology works in a similar way, and the car maker wants to demonstrate it in an upcoming ‘Hyper-connected and Intelligent Car’ concept.

The South Korean brand says its first batch of new technology will be based on smartphone integration, but long-term plans include connecting its cars to the IoT and wider networks. It also wants to open up development so external companies can get involved, speeding up the rate of progress.

Toyota and Hyundai join car makers such as Ford and Seat in the race to increase the connectivity of their cars. The growing number of brands involved suggests that it won't be long before almost all cars feature some form of connected technology. 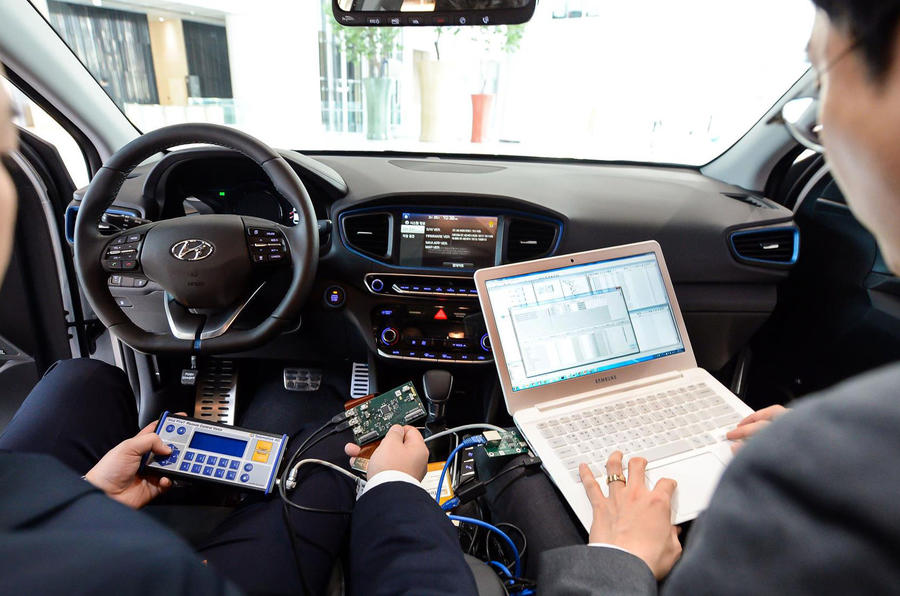 The Internet of Things

For those not familiar with it, the IoT is a relatively new innovation that sees almost everything in a system connected. In a future urban environment, for example, traffic lights could communicate with cars to minimise time spent waiting at red lights, and electric charging points could announce when they are free so approaching electric cars won’t have to queue for spaces.

Home appliances could also be integrated, so houses can be pre-heated to a temperature that matches a car’s cabin temperature, with the heaters or air conditioning only beginning to work when the car is almost home.

As long as they are putting

As long as they are putting as much effort in to keeping their connectivity secure, then there shouldn't be any issues.

Points to the way that manufacturers are are now seeing the future of the car. The car as we know it (get in, start an engine and drive yourself) will soon be a thing of the past.

No wonder classic car prices are starting to climb!