BACK TO ALL NEWS
Currently reading: Real-world benefits of plug-in hybrids under scrutiny
UP NEXT
Toyota to crown GR line-up with 986bhp GR Super Sport

Sales of plug-in hybrids are soaring, but environmentalists have labelled their claimed emissions outputs a con
Share
Close
Share story

The first whiff of gunpowder has been smelled in the stand-off between car makers and environmental campaigners as plug-in hybrids (PHEVs) start to make a serious impact on the sales charts.

UK sales of PHEVs shot up 84% in the first nine months of 2020, despite the two-month lockdown pause. In September alone, 12,400 were registered, taking 4% of the total market.

PHEVs are essential for reducing manufacturers’ fleet- average CO2 emissions under tough new European Union laws (which the UK has chosen to copy from 2021), thanks to their incredibly impressive official fuel economy figures. But environmental groups are questioning more than ever whether they achieve anything like those figures in reality.

In a recent report that collated real-world figures from various studies, pressure group Transport and Environment described plug-in hybrids as a “con” and “fake electric cars”. It found their real average CO2 output was closer to 117g/km, against a quoted average of 44g/km. “PHEV emissions are much more comparable to those of conventional cars than [those of] electric cars,” it said.

The International Council on Clean Transportation (ICCT) reached a similar conclusion with research firm Fraunhofer, which crunched a wider range of real-world fuel economy figures available globally. Those figures showed that PHEV economy was between two and four times worse than claimed. Far fewer electric-only miles are driven than assumed in official tests, the report said. 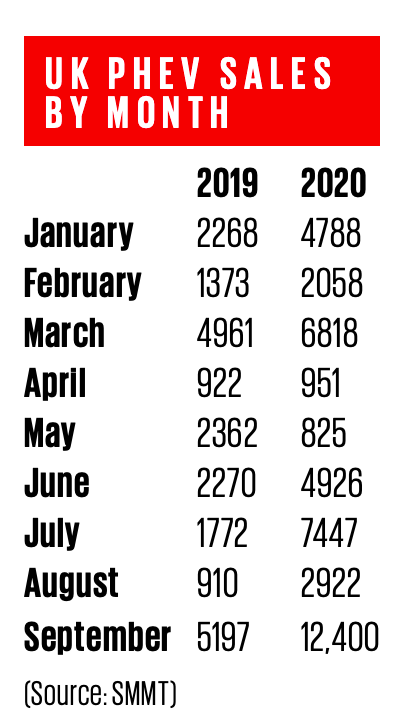 PHEV sales in the UK, as in Europe, are largely incentive-driven. The government ended grants for privately bought PHEVs in 2018 but this April changed its company car tax rules to make a PHEV the car to have if you want low tax bills but don’t fancy an electric car.

Of the 42,277 PHEVs sold to the end of this September, less than a third went to private buyers, data from the Society of Motor Manufacturers and Traders (SMMT) reveals. 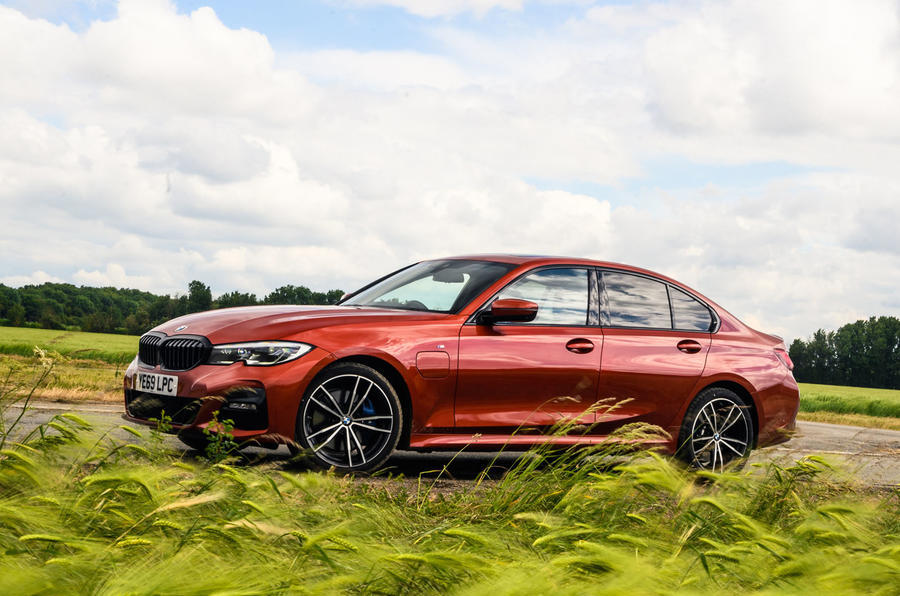 Interest from company car drivers put the BMW 330e at the top of the PHEV sales chart in the first nine months of 2020, toppling the Mitsubishi Outlander PHEV. But big premium SUVs are posting disproportionately high sales, with the Range Rover Sport sixth and the Porsche Cayenne 10th in the table as the tax rules punish traditional equivalents.

Manufacturers are worried, however, that tales of business drivers giving back PHEVs with unused charging cables are obscuring their true purpose.

Vauxhall managing director Stephen Norman told Autocar recently: “We haven’t helped ourselves by allowing people to say ‘I bought a hybrid for tax relief and only ever ran it on petrol’. We’re making a rod for our own back.”

But solutions are coming, such as greater electric range. “The first-generation PHEVs were a little bit short on range, but now we’re introducing a whole raft with a range of around 100km [62 miles], so driving to work Monday to Friday can be emissions-free,” said Daimler CEO Ola Källenius recently. The new Mercedes- Benz GLE 350de has a battery pack of 31.2kWh in capacity, compared with just 13.1kWh for the older Range Rover P400e.

The weak link, though, is the driver. Incentives sell the car, but if they’re all front-loaded, customers might not bother to plug in, argues the ICCT. It suggests angling incentives toward PHEVs with more power in the electric motor than the engine, meaning they perform worse when not fully charged. 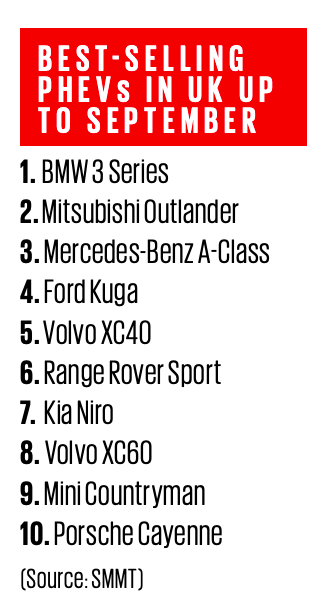 The ICCT wondered why Americans, not usually the most eco-minded, drive more electric-only miles in their PHEVs than the Europeans and Chinese. Until it realised a shortage of models gave disproportionate weight to the BMW i3 Range Extender, really an electric car with an engine that serves as a generator.

The problem with both studies was that they were heavily reliant on data from company car drivers, argues the European Automobile Manufacturers’ Association. Much of the data came from fuel cards, and if you’re given free fuel, you’re unlikely to top up using electricity you pay for.

Proper figures will come out next year, when new cars must be able to automatically report their true economy so the EU can assess real data against the laboratory test figures.

“This will give a true picture of the situation regarding the use and emissions of PHEVs,” a spokeswoman said.

The PHEV launch timetable is packed right now. Jaguar Land Rover will go from having two at the start of this year to seven by the end; Mercedes will have 20 by 2021, rising to 25 by 2025; and the list goes on.

If PHEVs can overturn their tax-dodging image, they will be a big part of our CO2 reduction for years to come – at least until the 2030s, when the UK plans to ban the sale of all new cars that use a combustion engine.

The article mentions that

The article mentions that from next year new cars must be able to automatically report their true economy.

The VW group engineers must be on overtime getting their models ready for that...

Had a Merc C350e a few years ago soon after launch.  Barely got over 30mpg out of it.  At the same time I drove around in a same-size 2 litre non-turbo Ford Mondeo equivalent in the US.  Easily got 40 (UK) mpg out of it for the week.

But, guess which one reported 135mpg on the test cycle?

They will report real life consumption.

That was like an aside comment almost hidden in the article. It's really good news. PHEVs can play a part, but drivers must be compelled to charge and use it as much as possible. If you don't regularly charge then perhaps the tax break can be removed?If the electric part is used in areas of high pollution it's great. If it's just a tax dodge then they should hang their heads in shame as a charger at home is next to free with all the incentives available.

As an aside, there's an utterly selfish git near me who leaves his C Class 350e (electric range 18 miles only) plugged in for 9 hours each and every working day at one of two charging points at a train station. It takes less than 30mins to charge, and the selfish dick leaves it in all day because it's free, stopping other people getting fair usage. It's never stopped me getting a charge, but I've seen other people driving away because they can't get in. I charge in off peak hours (to try and be fair to others), and plan it so I can return when it's done without hogging them. I also found out, via a visit from the transport police that leaving a polite by pointed note that  he was being selfish is actually illegal and considered harassment. The charge point owners wrote to him, the operators wrote to him, and he just continues to do it - humans make me despair sometimes, it's a complete sod you mentality, and me me me.