BACK TO ALL NEWS
Currently reading: Government to punish emissions cheat devices with 'unlimited' fines
UP NEXT
EV start-up Aehra to launch “ultra-premium” SUV and saloons

The Government has revealed plans to take punitive action against any car makers that fit emissions cheat devices with an "unlimited fine".

The initiative, led by Jesse Norman, Parliamentary Under Secretary of State for the Department for Transport, is designed to allow the UK to pursue action against cars that it deems illegal, even if they have been type approved in a different country.

Opinion: The government's war on cheat devices is as damaging as it is meaningless

While it is believed that the proposal will have no retrospective bearing on the Volkswagen Dieselgate affair, it is designed to give the government more powers in the event of a similar scandal. It is described by the DfT as going "above and beyond European requirements".

However, it is not clear how the government is proposing it will pursue its punitive action if wrong-doing is discovered, or if it would look to fine and potentially prosecute the car manufacturer or the body that gave type approval.

“We continue to take the unacceptable actions of Volkswagen extremely seriously, and we are framing new measures to crack down on emissions cheats in future," said Norman. “Those who cheat should be held to proper account in this country, legally and financially, for their actions.” 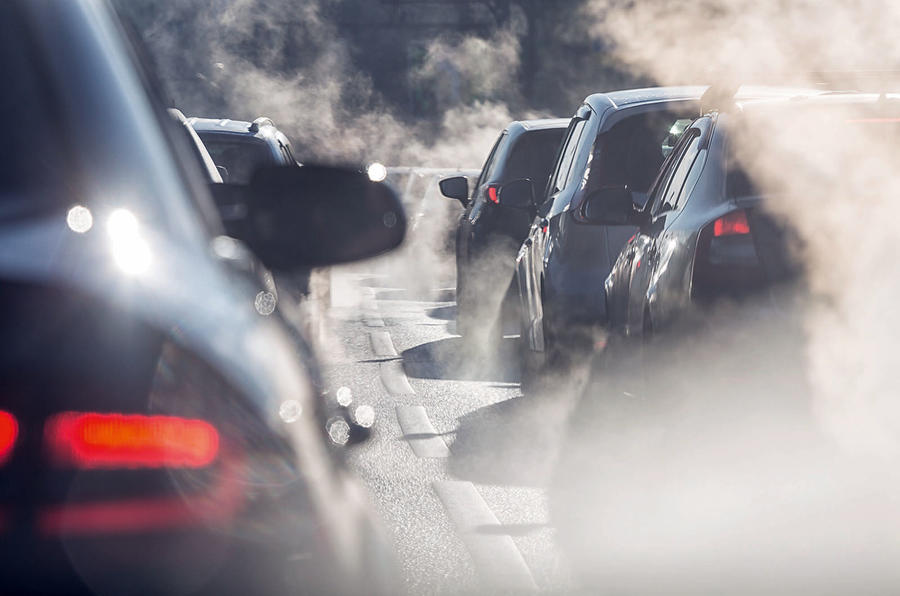 The Department for Transport is also proposing to raise awareness of the new Worldwide Harmonised Light Vehicle Test (WLTP) and Real Driving Emissions (RDE ) tests among the public, to clamp down on regulations for modified and specialist vehicles to make sure they comply with the law and to increase its powers to bar the sale of certified vehicles that it subsequently deems to be in breach of the law.

Volkswagen treats the Passat to a plug-in hybrid makeover, just as rivals like the Audi A3 e-tron, Mercedes-Benz C350e and BMW 330e are beginning to make their impact on the segment

The Government’s terse statement on the plans - which are also believed to have been raised by Prime Minister Theresa May to reporters covering her current trip to China - revealed little detail around the plans.

This includes details in regards to the clampdown on the modified and specialist vehicle sector, which has long thrived in the UK, or on how the proposals would be policed.

In response to the proposals, Mike Hawes, SMMT Chief Executive, said: “Every new car sold in the UK meets the strictest of regulations governing everything from safety to emissions standards and how vehicles are tested and approved for sale.

“Government’s own testing of vehicles on the road has consistently shown them to be fully compliant, and we are pleased that government recognises that manufacturers have been rigorous in meeting the standards.

“There are already severe penalties for any manufacturer involved in any kind of misconduct in the type approval process conducted here in the UK and the government is now looking to extend this to all vehicles wherever they have been approved.

“All new cars meet the toughest emission standards and government now has more powers to conduct in-service testing so consumers can be confident they are buying the cleanest and safest cars in history.”

Why the government is wrong to penalise diesel drivers

Is it time to give up on the diesel engine?

Shutting the door after..

Talk about shutting the door after the horse has bolted...

What a pointless waste of time and resources to put this in place. The chances of any manufacturer repeating the same fitment of cheat devices again must be extremely small.

Unlike the authorities in America, to the best of my knowledge, the DfT have done s@d all to take punitive action against Volkswagen or any other manufafacturer, over the supply of millions of vehicles that were belching out excessive amounts of pollution but now they've ensured that will never happen again AND they're going to clamp down on a relatively small number of modified vehicles...the emissions from which must be infinitessimal by comparison.

Emissions, tax, illegal trading, pension irregularities: Why does every British government let the big fish off the hook and focus instead on catching the minoes?

Agreed this is very low hanging fuit and their are much bigger fish to catch, Ah but that would take balls and a government that is not so much in the pocket of powerfull lobby groups with an agenda. Perhaps it would be a good idea if the tables were turned and every government that started an illegal war or funded terrorists in Syria had unlimited fines imposed on them.

Looks like performance chips for cars that alter the emissions are on there way out, then.

Looks like performance chips for cars that alter the emissions are on there way out, then.

VW etc have trying to get this into law for ages, reason :- stop people chipping cars that have the same components but different power outputs being altered for £200 when the makers charge £1000 for an extra 20-40bhp. Just look at VW 2.0 diesel and Fords 1.0 turbo for examples

I wonder how these plans will affect an individual privately importing a car from another country, one that currently isn't available in the UK?